Plastic pollution in the oceans is a growing global problem. The Plastic Ocean Festival aims to promote public awareness and understand of the damaging effects of plastic pollution in our waterways and oceans, encouraging individual and group action to refuse, reduce, reuse and recycle plastic.

To do this it showcases a series of free public events from April to September 2017 in London incorporating Stand-Up Paddleboarding and waterway clean-ups with screenings of documentary films and discussions from scientists.

It has been organised by the London based watersports group, Active 360, the NGO’s Watertrek and the Plastic Oceans Foundation (UK), as well as scientists at Brunel University London.

Stand-Up Paddleboarding allows participants to try something new under the supervision of qualified instructors and to have fun on the water. It is also an opportunity for them to see the impacts of plastic litter and its presence in our waterways for themselves.

“Paddle and pick”, gives paddlerboarders the chance to contribute to the cleaning up of our waterways. They can also be involved in some citizen science by helping categorise all the litter collected to determine what the top offenders are.

At the last two events 760 and 580 pieces of litter were recovered, mostly plastic from the Paddington arm of the canal. Plastic food packaging was the most prevalent kind of litter but some more curious items were also found, such as an inflatable horse! 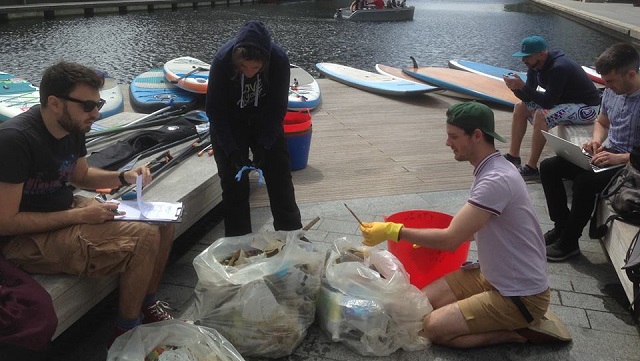 Award-winning documentary film screenings provide an overview and further examples of the plastic pollution problem in our oceans, and these give audiences a more in-depth understanding of the issue.

They can be used as a platform to generate discussions with scientists working in this research area, which provides opportunities for the public to ask their questions and voice their opinions on this important global issue. 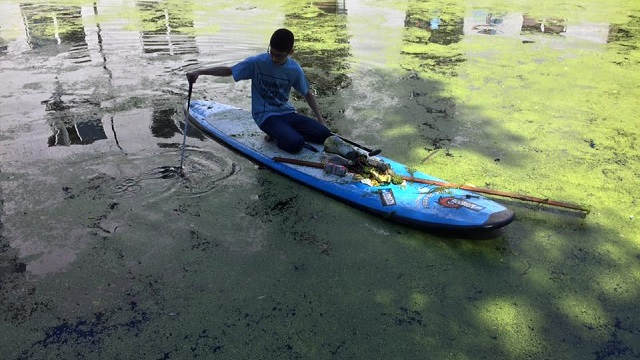 A story about following the dream. Two Norwegians spent the cold winter on an isolated, uninhabited bay of an Arctic island facing nothing but the vast Atlantic Ocean and living in a cabin that they built from driftwood and the marine litter washed up there. They brought with them to items of the utmost importance: their surfboards. Because the remote bay holds a well-kept secret: some of the world’s finest surfing waves.

View the trailer on: northofthesun.no/ 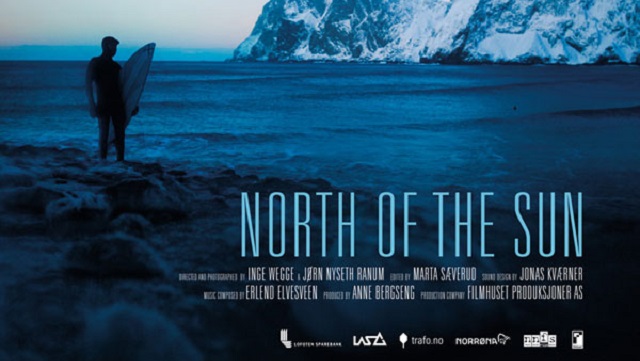 The report, part of Sky News’s Ocean Rescue initiative, follows the story of a Cuvier’s beaked whale that stranded near Bergen, Norway, which was found to contain 30 large pieces of plastic inside its stomach. The report investigates the problem of marine plastics and the threat it poses to these iconic animals, how communities have responded to their Plastic Whale and whether this sad case can help us find a solution.

View the trailer on: news.sky.com/feature/sky-ocean-rescue-a-plastic-whale-10917187

It has been described by Sir David Attenborough as “one of the most important films of our time”. A Plastic Ocean is a global adventure following a filmmaker and world record free-diver as they travel the Earth discovering the shocking impact that our unsustainable consumption of plastic is having on our oceans and wildlife.

Their journey leads them through waste dumps, deep seas and remote islands to make unusual discoveries, reveal shocking truths and discussing important solutions to one of the biggest problems confronting mankind.

View the trailer on: youtube.com/watch?v=6zrn4-FfbXw

Held at Merchant Square Paddington on the canalside- London, UK

Throughout the day there will be free open air screenings of documentary films focused around ocean conservation including ‘A Plastic Ocean’ running from 6pm-7:40pm followed by Q&A with some of the team.

Get hands on and learn more about plastic pollution in our waterways in one of the free Stand Up Paddleboarding (SUP) clean-up sessions. 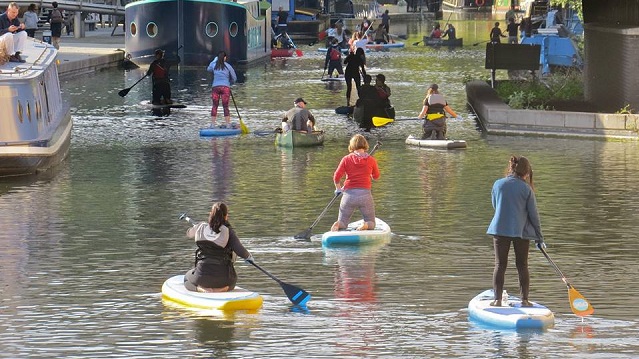 No bookings are needed for the film screening – just turn up!

Limited places for the free Paddle & Pick: book your place on Eventbrite.