Noic Garioud picked up New Caledonia’s second gold medal of the weekend and Russia’s Elena Prokhorova ended a 20-year world championship drought by winning the sprint titles at the International Canoe Federation’s stand up paddling titles in Hungary on Saturday. 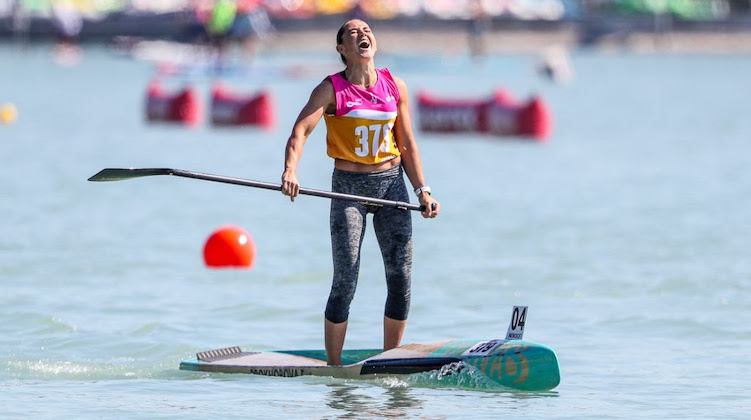 19-year-old Garioud pipped reigning world champion Connor Baxter in a thrilling men’s finish to the 200 metre race, while Prokhorova worked her way through the field after a slow start to win the women’s race.

Garioud said the world title came as a surprise to him.

“I wasn’t expecting the gold medal, you always expect something but I wasn’t sure of the result,” Garioud said.

“I did train for the sprint, I was feeling confident, I knew I was good, but Connor is super fast and you never know what can happen. I just pushed it right to the end and I got him right on the line, so I’m pretty happy with that.

“I wasn’t expecting the second place yesterday because I didn’t train for the distance race, so it was kind of a surprise, so I’m pretty happy with both results.”

Baxter finished one second behind for the silver, with Italy’s Claudio Nika following up his silver medal performance from the 2019 ICF world championships with the bronze.

33-year-old Prokhorova wondered after Friday’s bronze medal if she was destined to go through her paddling career without a world title, but on Saturday she became an ICF world champion with a slashing women’s sprint win.

“In my background as a kayak paddler, I was always third or second at a European or a world championships, and never gold in 20 years,” Prokhorova said.

“Yesterday I thought maybe this was the way I will finish, I thought this was my fate. I just hope that I deserve this.

“I still want to fight, because I am an athlete, and of course I want to fight on the distances that I have prepared. I’m really in love with this kind of sport.”

There was more celebration for Russia in the inflatable race, with Andrey Kraitor winning the men’s gold, while two-time ICF SUP world champion Olivia Piana won the gold in the women’s her only event in Hungary this weekend. 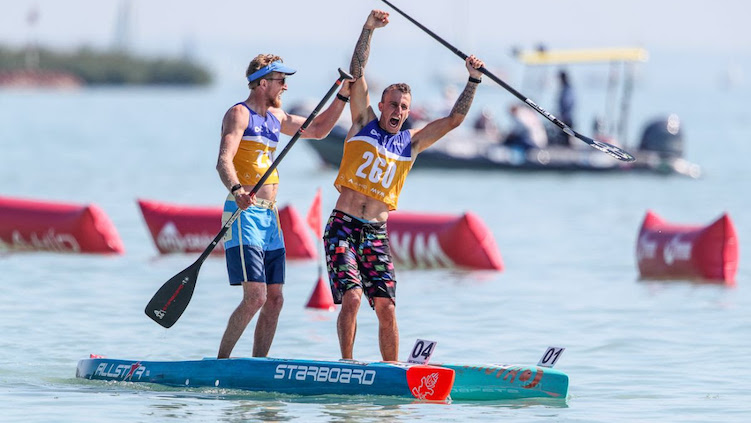