Coming from the world of Va’a (Tahitian outrigger canoe) in which he has pretty much won everything, Georges Cronsteadt is getting off to a great start of this SUP race season with a 2nd place at Air France Paddle Festival in Tahiti and a 3rd place at the Carolina Cup. At the beginning of this year he announced that he had signed with 425pro, the Tahitian brand created by Jerry Mihimana. Happy to be sponsored by a brand representing the Pacific, Georges gives us an overview of the Stand Up Paddle in Tahiti and his new partnership with 425pro. 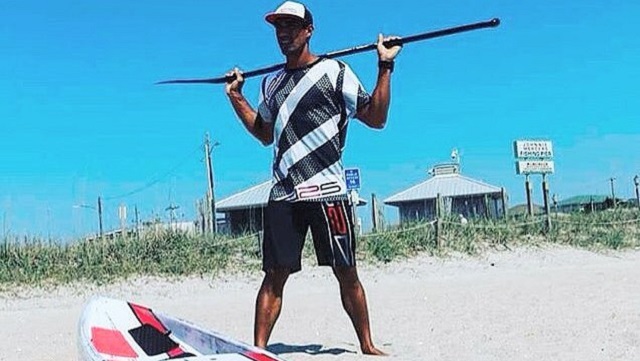 Can you remind us your most important athletic achievements in SUP and Va’a / Outrigger Canoe?

In fact, for me, all sporting achievements, whatever they may be, enrich us and enable us to improve. The important thing is to keep this flame, or “mana”, as we say in Polynesia, for the oar alive.

Winning prizes is of course important too, as it allows you to attract sponsors and make an impact on the sport. I feel I have so many achievements that I’m proud of that I couldn’t name just one. 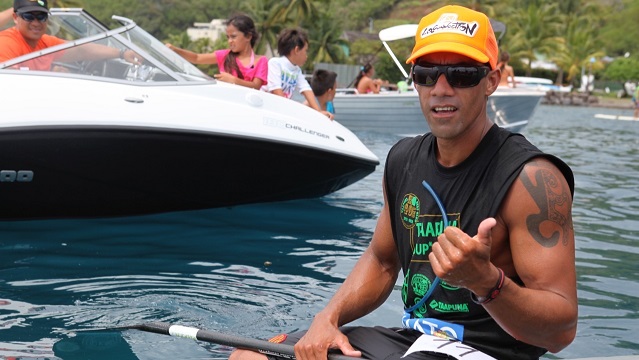 Can you tell us a little bit about your new sponsor 425pro, and perhaps let us know what motivated you to sign with them?

425pro, otherwise known as Addicted To Sup, is a local sponsor. Its founder, Jerry Mihimana, shares the same Polynesian cultural origins as myself, as well as a passion for Va’a. We’re also highly motivated by our drive and passion to represent the Pacific and our small Tahitian island. Together, we can do this through the promotion of products in the elite race category in Europe and further afield.

Can you give us an overview of the 425pro range and explain your choice of quiver for this season?

During the prestigious Carolina Cup, 425pro was able to offer a glimpse of our boards in Elite Sup race, among these the PINCODE 14. This is the board I used myself and it was really superb. Then there is the OceanPro, which is just as exceptional and which I will begin using very soon.

In addition to the racing equipment, I also use the 425pro WEAPON train model, which is super light and flexible. This helps prevent tiring the joints in your arms, which makes it a perfect fits-all SUP partner.

The 425pro range also includes a wide variety of inflatable SUP surf boards and will soon include prone paddle boards, all of which may be consulted on www.425pro.com! 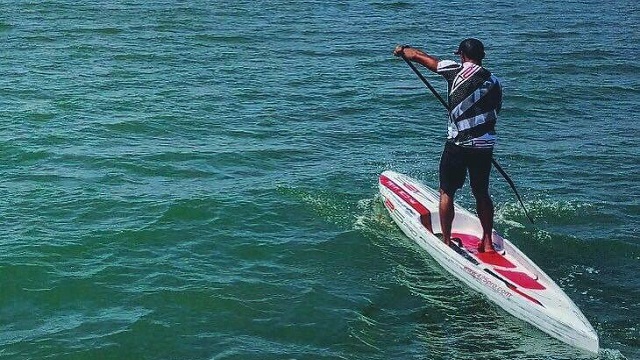 A few weeks ago, at the Air France Paddle Festival, the SUP world discovered that you had a brother… who could beat you. Can you tell us a bit about him and your respective performances at last month’s race?

Certainly. Yoan is my little brother, and today he is a member of the biggest Va’a team in Tahiti. He makes up part of a great new generation, with the likes of Rete Ebb, Steeve Teihotaata, Kevin Céran-Jérusalémy, Taaroa Dubois and all the others.

Yoan has real potential. If his job and family commitments allow him, he’ll be able to do very well in some international races I think. I certainly hope so! 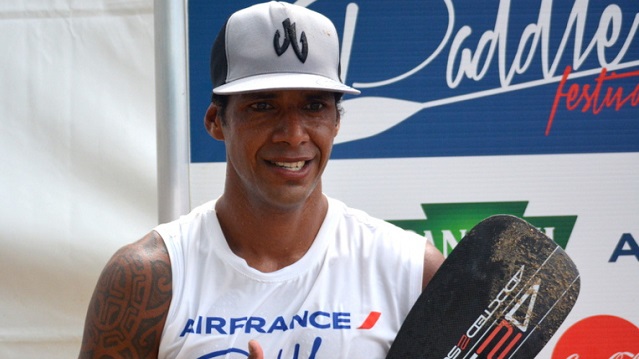 The level of paddling in Tahiti is tremendous, but only a few paddlers have international deals and can make a living from it. What’s your opinion on this?

Yes, exactly! The Polynesian government and some local companies, such as the airline “Air Tahiti Nui” are interested in setting up sponsorships or bursaries to financially assist and support our athletes internationally.

Unfortunately, this does not cover all related expenses! It is quite difficult and frustrating to see this potential going to waste and I hope this will improve in the future.

In your view, what elements are missing in order to have Tahiti more fairly represented in the world of SUP?

For me, the only penalizing factor is our geographical remoteness and isolation. This keeps us away from the action and prevents us from achieving greater visibility.

Can you introduce your teammates within the 425pro team? Do you have any particular goals or strategy as a team?

In Tahiti, in the Elite Race category, Team 425pro is composed of young hopefuls who have had the chance to really prove themselves these last few years, and more recently, the team has been joined by Niuhiti Buillard and Enzo Bennett.

In the SUP Surf category, Nats Teriitahi has come on board, and there are other ambassadors representing Team 425pro around the globe. In New Caledonia, we have a very young and promising paddler called Noic Garioud. In Brazil, Robson Santos and Barbara Brazil. Leandro Cruz in France, and in Guadeloupe Romuald Mamadou, a downwind specialist, has just announced that he´s joined the 425pro crew.

Our goal has mainly been to target the TOP 5 Elite International. For this, as with Polynesia, our strategy has been to train, train and train some more.

We also want the 425pro to reflect the people of the pacific and the melting pot it represents. For us, this should be reflected in the traits that are associated with this region. The values of sharing, humility, hard work and strength. 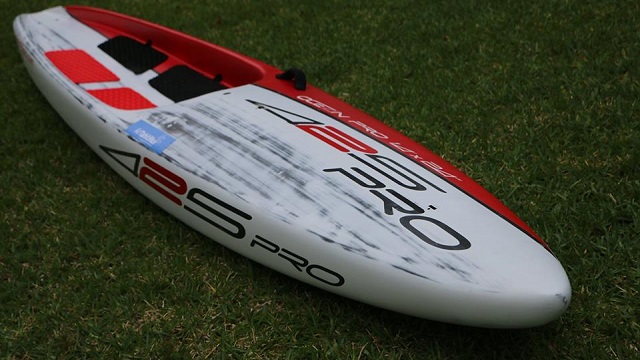 “Mauruuru” (ed. “thank you” in Tahitian) again for this interview TotalSUP.com. Jerry and the 425pro team will be happy to see you again at the next races because, after all, “We are SUPers, we are TotalSup!”

I would also like to thank my wife Heilani, my kids Tamaru and Tamahau and all those who encourage and assist me, including my sponsors. Those who believed in me, who supported me and who still support me today. Without these, I could never be where I am today.