Last saturday, hundreds of paddlers gathered in Rincon (Porto Rico, USA) for the first stop of the WPA World SUP Tour. Mo Freitas and April Zilg claimed the win over an international field of elite racers while the open division races allowed paddlers of every level to have fun on the water. Find below our race recap of this amazing event in five points : 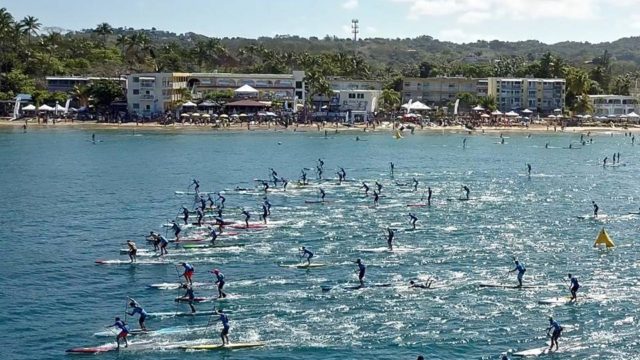 For its 9th edition, the Rincon Beachboy SUP Race gathered more than 350 competitors in Rincon, Porto Rico for what was also the first stop of the WPA World SUP Tour. The event offered different races for each division with kids, Amateur (3 miles) and Elite (7 miles) races. The conditions were ideals for everbody with light wind, sun and a small swell. Still, for the 7 miles elite race, there were some bumps, waves and backwash on the downwind sections for the paddlers to take advantage of. 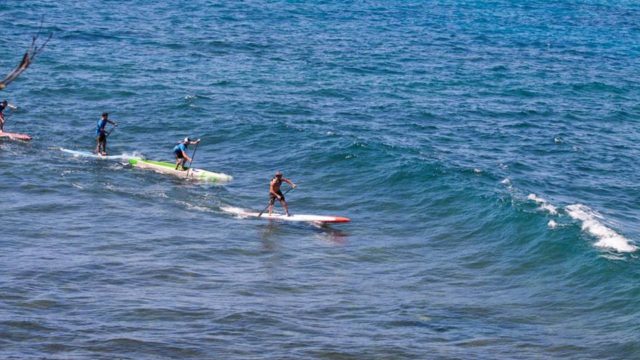 This year, international paddlers came to Porto Rico to compete on the island’s biggest event of the year. It included the likes of Hawai’s boys Mo Freitas and Josh Riccio, Australian veteran Kelly Margetts, French top guns Martin Letourneur and Franck Fifils, and Floridian Garrett Fletcher, against some of Porto Rico’s finest racers such as local champion Jorge Quintana.
Right after the horn, Mo, Josh, Kelly and Martin escaped from the rest of the field in a group of 4 who stayed together until the mid-race buoy. Garrett Fletcher and Ryan Helm weren’t too far behind on their own trying to not loose too much ground on the lead pack, followed by another group with Franck Fifils, Jorge Quintana, Bill Kraft and Jeramie Vaine. After the mid-race buoy, Mo and Josh made the most of the little downwind section while Kelly and Martin stayed on similar lines. The battles for first place and third place stayed very close until the final sprints which saw the exact same situation happening twice. On the battle for first place, Mo was ahead of Josh with a board length lead but right after the buoy, Josh made the most of a little bump to jump fast on the beach and cross the finish line at the same time as Mo. Same story with Kelly Margetts and Martin Letourneur, with the French young gun almost edging out the Aussie by jumping to the finish line in a last effort to go from 4th to 3rd. Finally, Garrett Fletcher rounded out the top 5. (FULL RESULTS HERE) 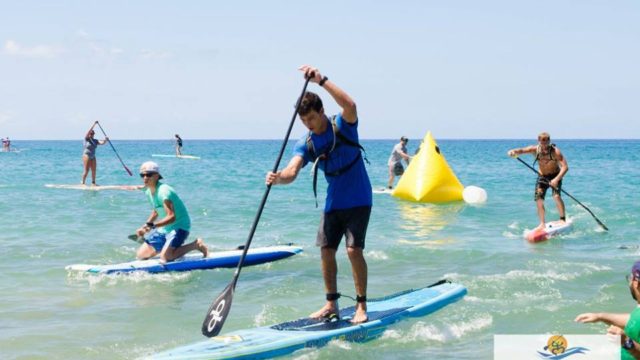 Despite a smaller number of international racers than the men’s, the women’s race still saw a world class performance by the East-coaster April Zilg who claimed the win over Victoria Burgess and Mariecarmen Rivera. Stephanie Shindler (4th) and Mary Howser (5th) rounded out the top 5. (FULL RESULTS HERE)

4. A tricky situation for the organizers to decide the top four places in the men’s elite race

As written above, the four first places were hard to determine with Mo Freitas and Josh Riccio having the same time on their tracker for the first place, as with Kelly Margetts and Martin Letourneur tying for the 3rd place. The organizers firstly looked at pictures and videos to determine who crossed the line first, which saw Mo and Josh as the same time, and Martin ahead of Kelly. But finally went back to trust the finish line staff who were in charge of writing who crossed the line in first, and all agreed that Mo and Kelly were, respectively first and third. 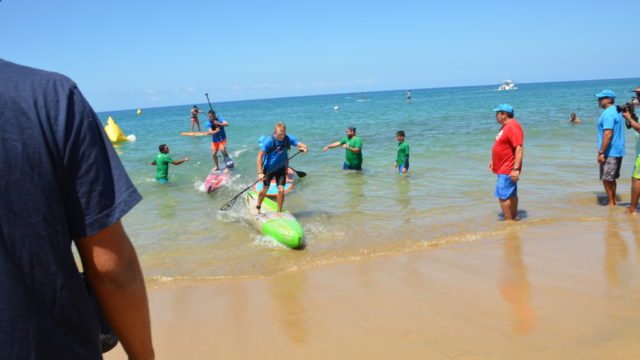 5. Rincon, an ideal venue to host the first stop of the WPA World SUP Tour

The event has been a true success with hundreds of smiling paddlers on the beach,sunny tropical weather and one of the best post-race atmospheres you could ask for.
” It was such an amazing event and location, I love supporting events that support their local paddling community, with a reasonably priced entry, awesome catering and goodie bags and rocking after party and awards – I can see why there was 340 plus competitors. Congrats to the event organisers, volunteers and everyone that turned out to make it so special.” Kelly Margetts
This was the perfect launching for the WPA World SUP Tour which is already looking forward to its next stop next week with the big Carolina Cup in Wrightville Beach, North Carolina. Stay tuned! 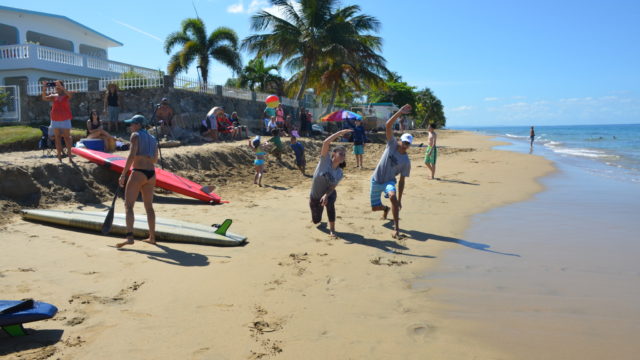