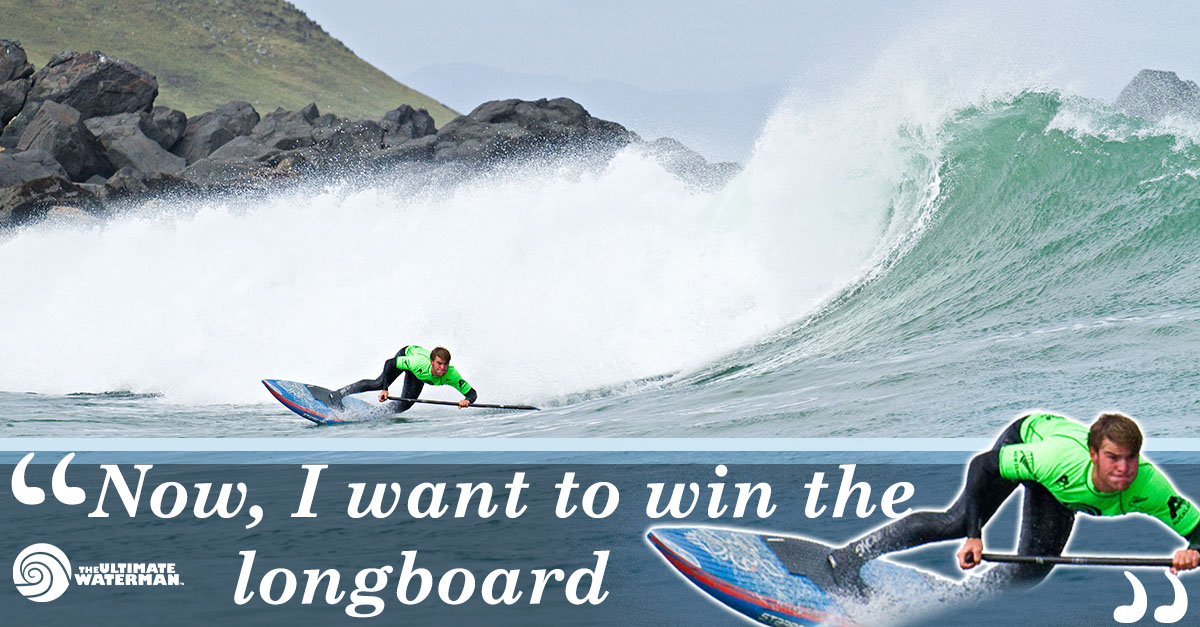 Schweitzer remains in fourth place overall but still has his all-important double whammy discipline of Longboard to go.

Californian Danny Ching retains his lead in the overall points race over Australian Mark Visser but both Schweitzer and today’s runner up Caio Vaz (BRA) have closed the gap.  The next discipline will mark the half-way point of the event and the points table is guaranteed to evolve.

The Ultimate Waterman competition continues this week with another discipline set to be contested on Thursday with a good chance that will be shortboard surfing.

Schweitzer posted a 15.2 point heat total for the win.  His last wave scored a heat-high 7.60 points out of a possible 10 awarded for three big forehand turns.  That wave was enough to turn the heat and push double whammy surfer Vaz in to second.

“We had some good competition in the final.  I was nervous, I was sitting in second and had to compose myself then I relaxed and got that wave,” he added in reference to the 7.60 point ride.

“I have committed a lot of time to standup paddle in the last few years.  But more than anything I am a surfer who plays in the ocean, I am not just a paddler, I am an ocean enthusiast, that’s why I love this event so much and that’s why these wins mean so much to me.”

“I am stoked to rack up points and keep going.  I want to win the longboard and make top two in shortboard and then top three in the SUP Race which should put me in a good place to challenge for the overall win.”

Placing second today was World Champion Caio Vaz who had the win taken from his grasp in the last three minutes of the final.  It will be a blow for the youngest competitor in the event with the Brazilian missing the win in his chosen double whammy discipline. 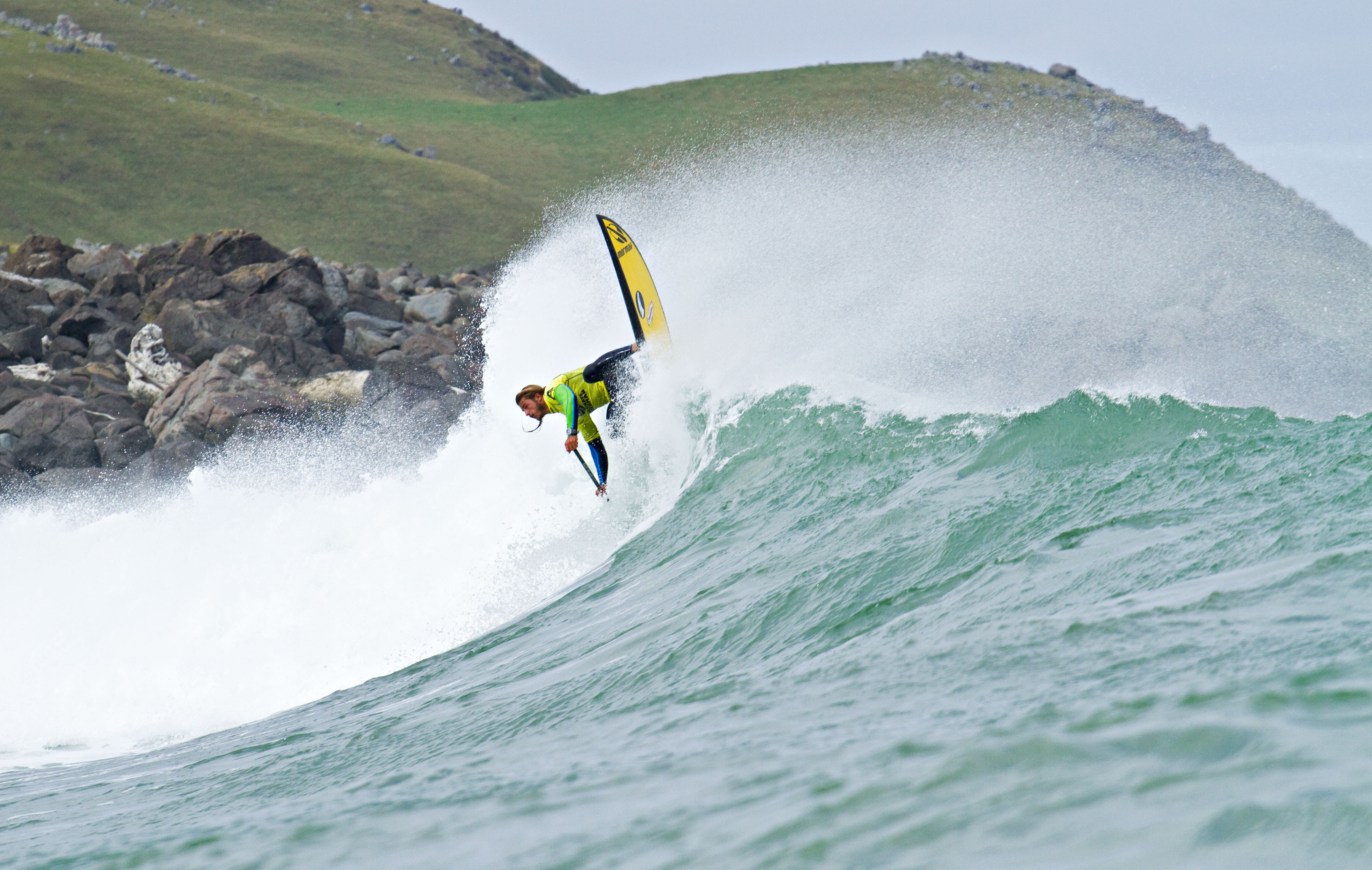 New Zealand surfer Daniel Kereopa won the Standup Paddleboard in 2015 but had to settle for third today unable to find the quality waves that Schweitzer and Vaz picked off.

Kereopa sits in sixth place overall with the Longboard discipline shaping up to be a make or break discipline for him as his double whammy.

Placing fourth in the final was Connor Baxter (HAW) who replicated his result from 2015.

Forecasts continue to show promising signs for swell on both coasts of the South Island of New Zealand.  Athletes hope to take advantage of the swells before heading north on Friday morning. 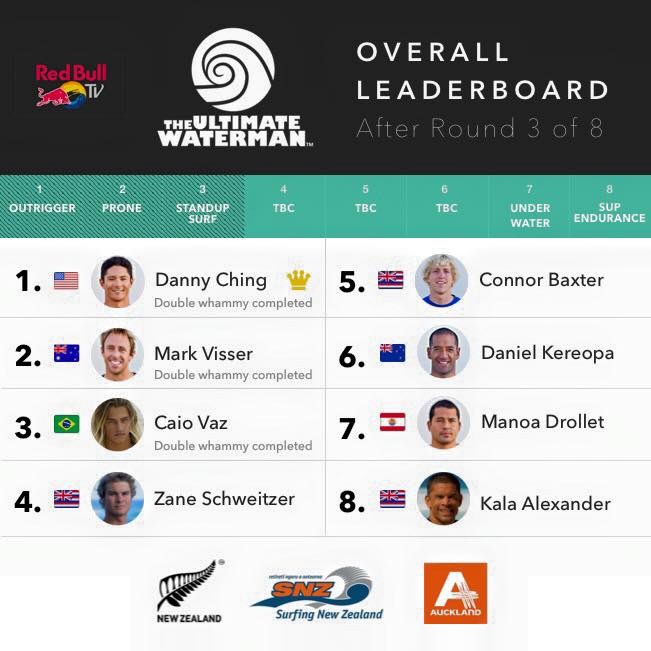