Barcelona is of course a Mediterranean city that needs no introduction. One of Europe’s most beloved cities when it comes to tourism, Barcelona is equally famed for its climate, its architecture and its nightlife as for its cuisine, its lifestyle and its beaches. And rightly so. La Ciudad Condal, to borrow its Castilian nickname, is home to no less than 4 kilometres of city beaches situated within its urban coastal confines, and these have been regaling SUP enthusiasts since the arrival of the sport in Europe. In addition, beyond the city itself, it shouldn’t be forgotten that the Costa Brava is home to a seemingly endless supply of beautiful mediterranean surf and SUP spots, which visitors and local watersports enthusiasts flock to in their droves to take full advantage of the almost year-round favourable conditions.

As Barcelona is a city spot, urban SUP is very much the name of the game here, with largely artificial beaches, apart from Barceloneta (which is generally thronged with tourists and holiday makers in the hotter months). The city is a great base for tourist-friendly recreational paddling with a wide choice of Barcelona SUP rental shops, but it is mainly in the winter months – when temperatures don’t exactly descend to frosty levels – that you will be able to take advantage of some truly decent surf conditions, with heavier winds and stronger sea conditions than in the summertime. When taking part in SUP activities near the city’s most central beaches, you can admire views of the Barcelona skyline, including architectural landmarks like the W Hotel, the Torre Agbar, or indeed, the church at the summit of Mount Tibidabo. The biggest swells tend to come down from the east and north-east, descending all along the Catalan coast for about 130 days a year.

A number of local Stand Up Paddle riders have brought increased prominence to the sport in Barcelona, including Tomás Sánchez Vecino and Pepe Oltra, among others. Oltra has won a number of national competitions and has been part of Team SUP Spain on various occasions. He has collaborated with the likes of Quickblade and SIC in the past. In addition to these, Barcelona-based rider Miquel Roigé Ferrer has been attracting a good deal of attention as of late also. Currently associated with Infinity Europe, Roigé Ferrer notably won first prize in the 2016 Circuito Catalán, which showcases local talent in the region. As interest in the discipline has been on the up in recent years, more and more paddleboarding equipment providers have been opening their doors in Barcelona such as Makoa, SPS and RSPro. Local Barcelona SUP clubs have become quite popular too, with the Moloka’i SUP Center having opened up at Barceloneta not so long ago or SUP Barcelona founded by local waterman Marc Foraster at Forum. Barcelona is also the home of Starboard’s SUP Race and Pro SUP Surf designer Mathieu Rauzier.

In terms of local events, Barcelona is not one to be snubbed at either, with a number of local competitions showcasing the sport at regional level and bringing its most influential local riders into the limelight. The most important of these is undoubtedly the aforementioned Circuito Catalán organised by the Unió Catalana de Surf, which takes place every year. 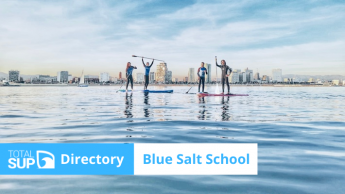