London is the Capital City of the UK, with its historical monuments, its many shopping districts, and its nightlife, London is a place many dream to visit. The owner of Dorset SUP, Matthew Sephton, is also a Sub Officer at West Hampstead Fire Station in Central London. Matt frequently paddles on the River Thames and the capitals historic canals, Matthew tells us where he does it and all you need to know about it.

Hello Matthew, can you talk about the city of London?

London is the capital and largest city of England and the UK. London stands on the River Thames in the south-east of England. Londinium (the Roman name for London) was founded by the Romans 2000 years ago. Today, London has a rich history, a population of 9 million people, it is one of the most diverse cities in the world and some of the most outstanding cultures on the planet, with more than 300 languages spoken. The best time to visit London is during the mild weather of spring from March onwards, the warm Summer and Early Autumn months of September and October when the weather can still be lovely. London is one of the World’s most iconic Cities and everyone should visit once. There are many reasons to visit London including the famous sights of Big Ben, the Tower of London, Tower Bridge, Buckingham Palace, the London Eye, the list is endless. The Shopping – there is no better place to experience the best shopping in the world than London. The Nightlife – Classic English Pubs, chic clubs, restaurants in China Town, Indian Restaurants in Brick Lane, Theatres in Soho. The History – 100’s of museums, historical attractions the splendour of Royalty at Buckingham Palace and Windsor Castle. The unexpected bits such as The Regents Canal in Central London and The River Thames at Richmond Upon Thames in South West London, where we can get out on our SUPs and see London in a way very few people have seen this great city. 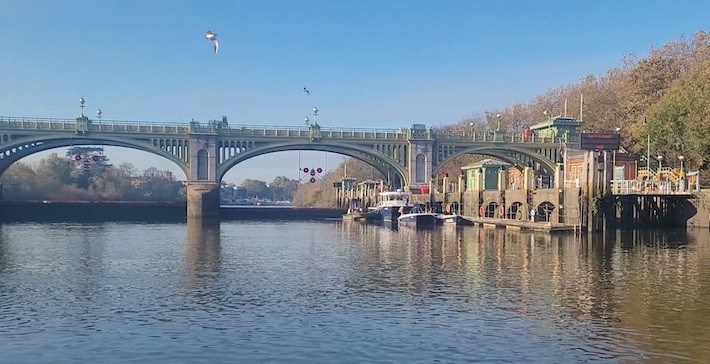 What is your relationship with London?

My relationship with London started in 1994 when I became a Trainee Firefighter with the London Fire Brigade, 26 years later I am a Sub Officer at West Hampstead Fire Station in Central London. Being a London Firefighter is the best job in the world, in the best city in the world, once you have worked in London as a Firefighter, you will never want to work anywhere else. Working in Central London is like being on a film set, seeing the world-famous sights never stop blowing my mind and it is a great honour to be able to serve the communities of London. I am a qualified WSA SUP Instructor & Adventure Guide. Since 2014 I have been paddling and exploring London’s historic canals and the River Thames. When I am inflating my Red Paddle Co SUP on the canal towpath, passers-by still stop to chat and are totally amazed that the board is inflatable. 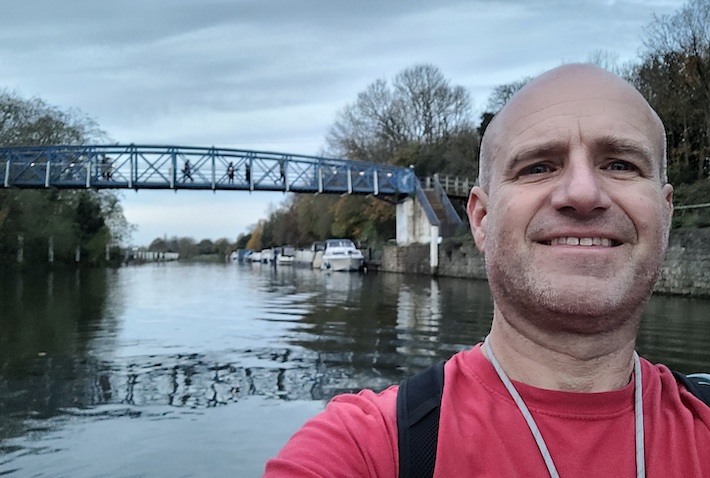 What are the local riders and SUP community like?

For a population of 9 million people, the SUP scene is still relatively small, but there are plenty SUP companies on the River Thames and on the Regent’s Canal doing hire, lessons and tours on small sections, this means you will have the river and canal to yourself. You may pass the occasional paddler, kayaker, boat or rower on the River Thames, and a few Paddlers, kayakers, and narrowboats on the canals.

Where would you rent SUP gear in London?

Paddling on the tidal Thames is both exciting and challenging, the river can flow up to 6 knots so can be very hazardous if you do not know what you are doing, you must wear a PFD and a board leash attached to a Quick Release Waist Belt. Please read this information and safety advice from the Port of London Authority on Stand Up Paddling on Tidal Thames. Due to the risks of paddling on the Thames you cannot just turn up and rent SUP gear, but there are lots of SUP Schools and companies with qualified SUP instructors that provide lessons and guided SUP tours.

Can you talk about the SUP Schools in London?

There are lots of SUP schools in London, once again we are spoilt for choice. You can book a 1:1 SUP lesson, an exclusive small group lesson or a personalised guided tour on the River Thames and the Regent’s Canal with me at Dorset SUP. You can book lessons on The River Thames with Active360 at Kew Bridge, The Pontoon, Richmond, and Brentford Lock. Also, in Richmond at River Lane there is Back and Beyond Adventures. In West London at Thames Ditton head to Dittons Paddleboarding, The Blue-Chip SUP School at Walton-on-Thames also do SUP Polo, SUP yoga and Whitewater SUP and Thames Sailing Club Paddleboard School in Surbiton. In Windsor head to Paddleboarding London. Paddleboarding London also provides SUP Yoga and Pilates. Finally, if you are in East London head to Wakeup Docklands, London’s inner City water sports oasis. 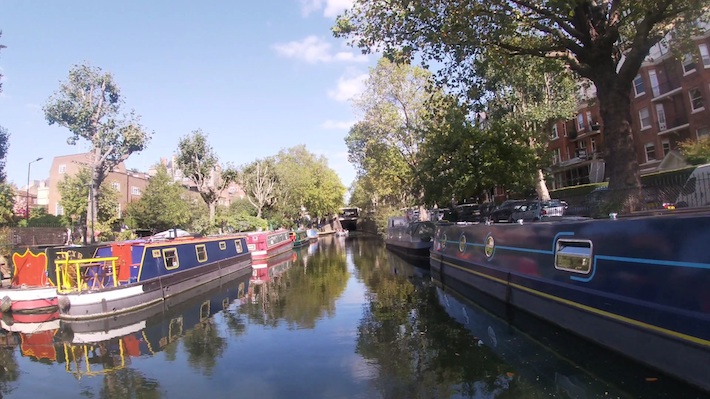 Yes, we do! The LONDON SUP OPEN is scheduled for 30th July – 1st August 2021. London will be the first event of the APP European Triple Crown: a series of 3 high profile World Championship Tour stops and City Paddle Festivals held in some of Europe’s most recognizable cities. The London SUP Open will bring a mixture of World Championship Tour competition, all-access, mass participation and a very complete Urban Beach Lifestyle Festival to the heart of one of the World’s most iconic cities. On the 12th June 2021, The GBSUP National Race Series and Tour is hosted by The Thames Sailing Club, Surbiton, South West London. The ‘Battle of the Thames’ is Race 3 of the Flat Water Series.
I will be at both events reporting for TotalSUP. Come and say ‘Hi’, I will be proudly wearing my TotalSUP hat and hoody. 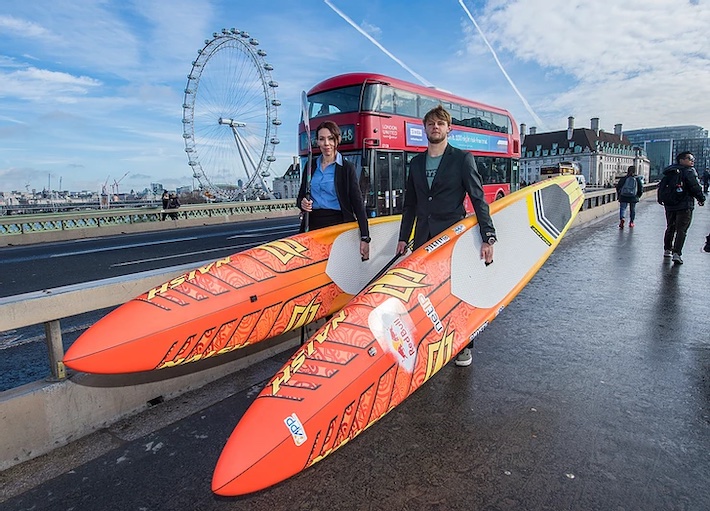 Which SUP tour would you recommend?

My favourite SUP in London is a 6km one-way paddle on the Regent’s Canal, Starting at Little Venice you can paddle to Camden Market stop for lunch, and then continue to Kings Cross. This is an amazing city paddle I do on my Red Paddle Co Compact 11’, the packed weight including the bag is a super light 13.8kg. I love my Compact for so many reasons as it makes so many more paddles accessible, you can use and arrive by public transport which reduces my carbon footprint, and it can be a one-way paddle.

Take the London Underground (The Tube) with your iSUP to Warwick Road Tube Station, walk 350 metres (5 minutes) and launch at Little Venice you will be in an oasis of peace and tranquillity, you can paddle in this area for a whilst, stop for coffee at the many narrowboat cafes. After your drinks continue your paddle to The World Famous Camden Market, you must portage your SUP 249m as SUPS are not permitted to enter the Maida Hill Tunnel without permission from The Canal and River Trust, this portage is just so easy with my super light Red Paddle Co. This link is a map of the first part of your adventure.  On your paddle you will see many beautiful residential narrowboats, day trip narrowboats and water cafés lining this calm stretch of canal, you will paddle around Regents Park past some very Grand residences, you will pass London Zoo, you may even see some animals, pass the Feng Shang Princess a floating Chinese restaurant, then finally onto the World Famous Camden Market. Here is a great place to stop, get some fantastic street food from every corner of the globe or just sit a whilst and enjoy the ambience.
You will then continue onto Kings Cross through the old industrial part of London, there are 3 locks (a short section of a canal or river with gates and sluices at each end which can be opened or closed to change the water level, used for raising and lowering boats) that need to be portaged, no problem with the Red Paddle Co Compact and a short paddle onto to the end of our adventure. We finish at The London Canal Museum.

Its then pack up your iSUP for a 500 metre (10minute) walk to Kings Cross Tube Station.

If you would like to join me on this unique and fantastic Stand UP Paddle adventure, contact me. I look forward to guiding and paddling with you. 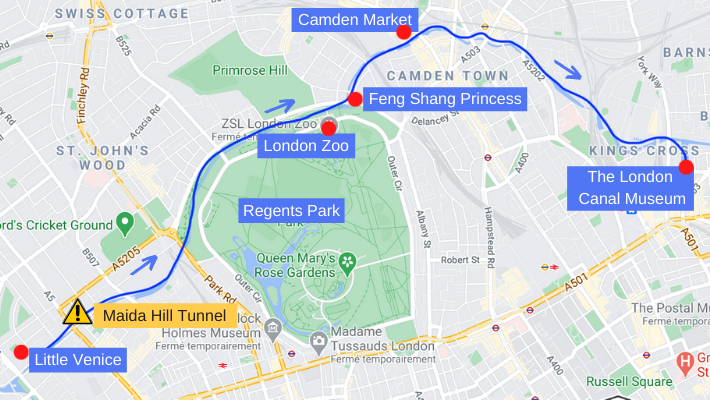 SUP is a very safe sport, but without the correct training and equipment can be extremely dangerous on the tidal sections of the River Thames. This guide is designed to show you what is possible, not just to do it. Never paddleboard alone, wear a leash and book a lesson or tour with a qualified SUP instructor from one of the schools listed here. Do not paddle in a canal tunnel, you may only do this if you are a very experienced paddler and with the necessary permissions. Stay Safe, Have Fun, Aloha.

And as a tourist, what do you recommend seeing in London?

Attracting 27 million visitors every year, London is the most visited city in Europe. It’s no surprise that London is top of so many people’s travel plans, there are too many to list so click on this link to the 101 things to do in London. 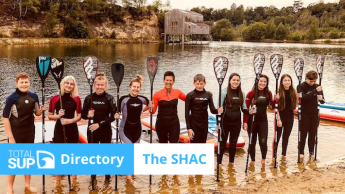 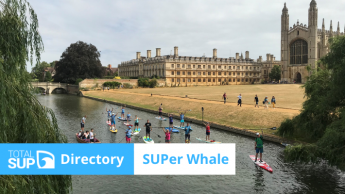 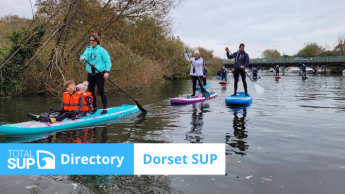