We thought it was time to shed some light on our friend Scott McKercher’s new venture. A former Windsurf World Champion, Scott was a Head of Windsurf and SUP Surf Design at Starboard for many years. Last year, he left a crowded Bangkok for the pristine beaches of his hometown Margaret River in Australia with a plan: SMIKSUP!

Hello Scott, could you please introduce yourself to our readers?
My name is Scott McKercher and I am the founder of SMIKSUP. I’m 46 years old and have been involved in the design process of windsurfing waveboards since first being sponsored at 17years old, and have worked with many shapers developing boards throughout my windsurfing career. This spanned 18 years on the world tour with a large part of my success was due to being very in tune with my boards and having the possibilities to develop new shapes with many a creative mind.

I became involved with Svein Rasmussen shortly after he created Starboard and was basically behind the wave-sailing boards from 1997 through to last year. In 2004 at the spritely age of 34 I became world champion and then a few years later started to give Svein a hand testing and then help designing these things called stand up paddle boards. This coincided with my retirement from competing which transferred to dealing with development and testing full time between Stand up and windsurfing. So basically for 30 years I’ve been playing around with rockers,outlines and fins in one format or another.

Tell us more about your brand? When, what, who, where, why?

WHEN
The idea of SMIK started in my head in about March last year and started designing and testing boards throughout the year. First recreational boards and then performance boards followed. As the year progressed and certain situations arose it became inevitable that this was an unavoidable life choice, so started developing prototypes throughout the year.

WHAT
It’s a very simplistic range of boards designed from entry level through to High performance surfing short boards and longboards. Smik in Australia means when something is just spot on. Perfect. So I’ve gone to great lengths to ensure these shapes are ideal for their intents and purposes.

WHO
Who am I? A profound question. But basically SMIKsup has been myself and a collaboration of people who have made this possible. No man stands alone, and it’s a great number of friends that have donated skills that I don’t have to make this journey possible so far. Ultimately the designs are my own, but there’s a lot of friends I owe so much.

WHERE
I live in Margaret River in Western Australia, where most of design and testing of prototypes takes place. Construction is done at a factory called IQC in china run by an old mate (Paulo Ianetti).

I was in Hong kong to pick up some windsurfing sails when the thought came to me to go and visit Paulo who used to live in the Canary Islands but had been in China for many years working for various companies but had also gone out on his own. When I saw his processes I became very motivated and enthusiastic as I could see that he could reproduce very accurate replica’s of my prototypes.

WHY
It was just one of those transitional periods in my life where I knew there had to be change. I wasn’t happy spending so much time in Thailand anymore and wanted to take things into my own hands.
Eternally grateful for the collaboration between myself and Svein Rasmussen over the years, but it was time to move on.

Prices of Stand ups were starting to get out of control, so I saw a place for high end construction (Full PVC and carbon) and design at a price which won’t make jaw’s drop, but instead put a smile on peoples faces

Can you detail the SMIKsup collection?

Entry level Esea riders are perfect first steps to getting on the water. Generous volume in the rails, with a moderate rocker that ideal for flat water but actually surf surprisingly well. 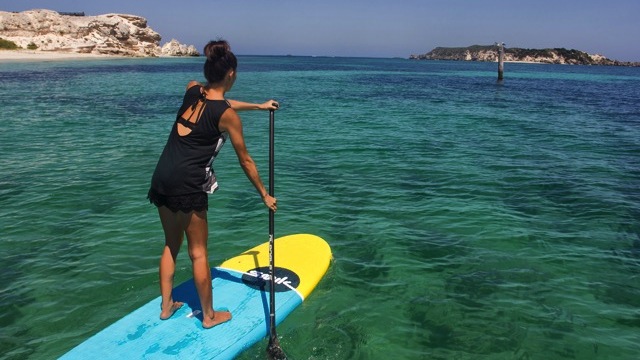 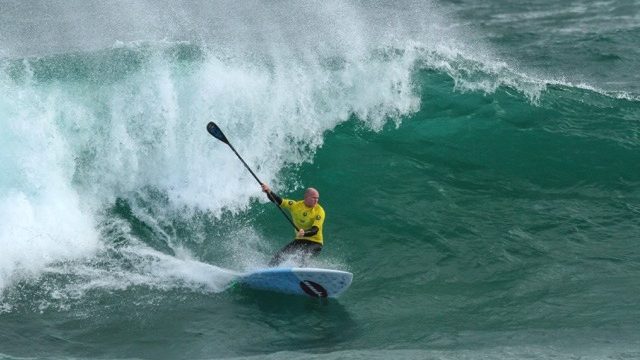 Style lord longboard performance. Is exactly that. 10’x 30 fine tined for turning which belies a board this long, as does the wider 10’ board the North Freo Long Mac Also a 10’ performance longboard but wider, with it’s squared off nose which is something my mate Mike Galvin wanted. Achieving the longer rail line in a shorter board. Which was also incorporated into the North Freo Short Mac @ 8’7x 29.5. Stable easy entry into waves but with dynamic shortboard performance. 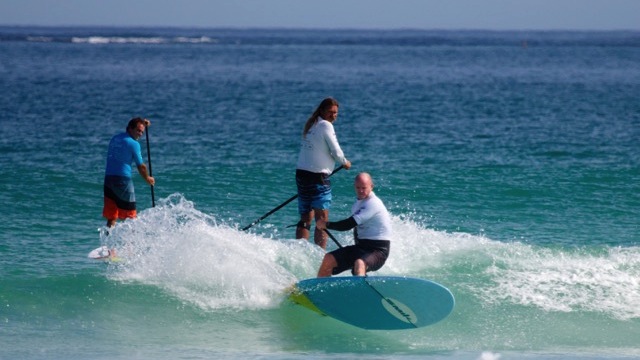 CUSTOM division: Is where people can order exactly what they want in board size and colour and is ready within a few weeks of ordering.

This is just the initial start to the range, but it’s aimed to keep the range simple and easy to understand. They’re just boards that I’d like to ride and which is what I know about.

Where can we buy your boards?

It’s early stages yet with boards having been in Western Australia for 10 months or so, and are just about to arrive on the East coast of Australia.

The UK already has some boards and am currently cruising around Europe meeting some people looking into taking on the boards. I’m not in a hurry. I’ve just delivered three custom boards to Germany and the month before some custom Guns to the UK and the Canary islands. But basically it’s a work in process and I’m still very much in the embreonic stages of development. 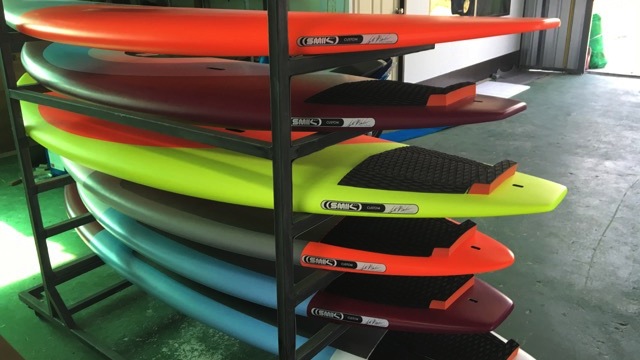 You were Starboard’s designer and tester for many years, what did this professional experience bring you?

A lot of great pleasure and taught me a lot. Having Starboards resources to be able to make so many prototypes accelerated the learning curve, along with the pace that things were run at.
It also brought me a lot of travel and time on the water which I will be forever grateful for. It was the dream job. I still do a little bit of consultation testing for Svein on a few of the surf boards they’re wanting to improve.

You lived in Bangkok for many years. How does it feel to be back in your home country Australia?

That was the intention, to be able to spend more time at home, but now doing every aspect of the business, I’ve never been busier and am traveling like you would;’t believe. But that’s ok for now as I ruptured the ligaments in my shoulder in Tonga so have been unable to surf is better to get moving on things than to sit around Margaret River when it’s going off. I had a lot of good times working with the team in Bangkok and testing down in Phuket, but on the flip side I missed the pristine air, beaches and trees of home and not choking on carbon monoxide.

What is the SUP surfing scene like in Margaret River? What are your home spots?

In Margaret River it’s all about outer reefs to get away from the crowds. You can’t surf the main break as you’d be sent in quick as a flash. There’s the more well known waves where there’ll be a few people surfing or Supping but there’s no drama’s for having a paddle out there. In fact most people are quite happy for company as there’s been a lot of shark activity of late and it’s quite nice to have your legs out of the water.

But there’s so many waves around there, but everything is pretty powerful. The beach breaks are hollow and pack a punch, and the bombies have broken a ton of boards, so it’s the ultimate R&D testing grounds to see if a product able to handle snapping. There hasn’t been one yet which gives me the confidence IQC’s construction is of the utmost premium quality.

At home in Margaret River with SMIKSUP: