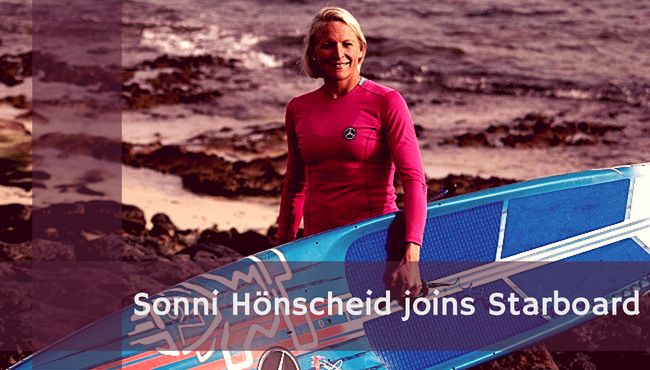 “We are thrilled to welcome Sonni Hönscheid in the Starboard dream team!” says Starboard’s founder, Svein Rasmussen. “Because of her knowledge in SUP and her qualities in paddling, she is a particularly precious partner. There are so many women practicing SUP today that it is now fundamental to develop adapted products, and collaborating with Sonni will help us to do so.”

Sonni Hönscheid is German and was awarded SUP World Champion for the third time winning one of the most difficult races in the world: the 32-mile long Molokai2Oahu race. In 2016, she won one of the most important races in Europe: Lost Mills. In addition, she climbed on top of the podium at the SUP World Cup and at the Euro Tour among others.

Sonni was born on the isle of Sylt where she still lives when she is not travelling to Maui or Fuerteventura. Painting is her second passion and you can see her coloured work in a permanent exhibition in Sylt. She is the last-recruited member of the Starboard international dream team, who won six world titles in 2016.

This is what Sonni told TotalSUP: “After some amazing years with SIC full off unforgettable victories, amazing times and experiences, for what I´m really thankful for – I´m really happy to be part of the “Tiki” Starboard team – we have some really exciting art projects coming to make the SUP sport even more colorful. I´m looking forward to a great season on the blue arrows!” 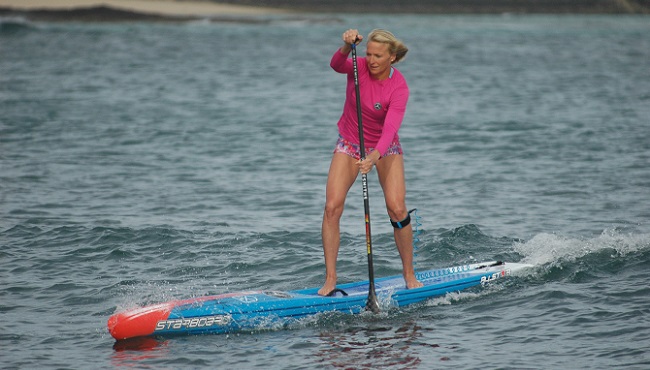