Last week the 4th annual Mynavi SUP Japan Cup was held at Chigasaki, one hour south of Tokyo, the race was a 4-star “Regional”  The Paddle League event. There were 300+ amateur paddlers  in the water plus a dozen top international athletes creating one of Asia’s biggest-ever races. Solid typhoon swell made for challenging but entertaining racing all weekend.  Chris Parker from the Paddle League gives us a round up of the weekends action! 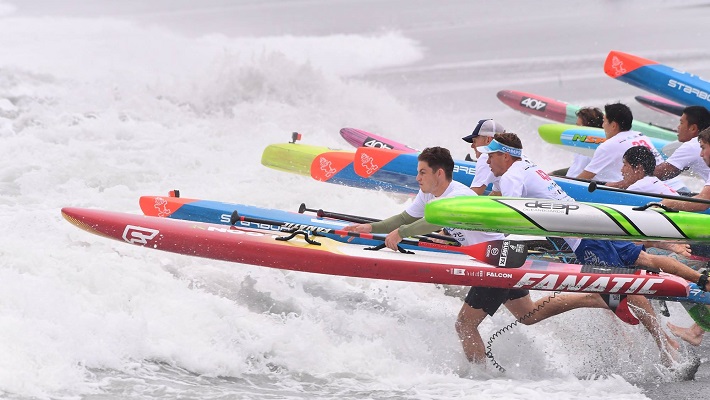 There were two races over the weekend the 10 KM  challenge  and the  survivor race. The planned 18 KM race was changed at the last minute to 10 KM which completely transformed the distance race from a marathon into something of a middle-distance sprint, with a solid field spicing up what would usually be a slow-paced affair. 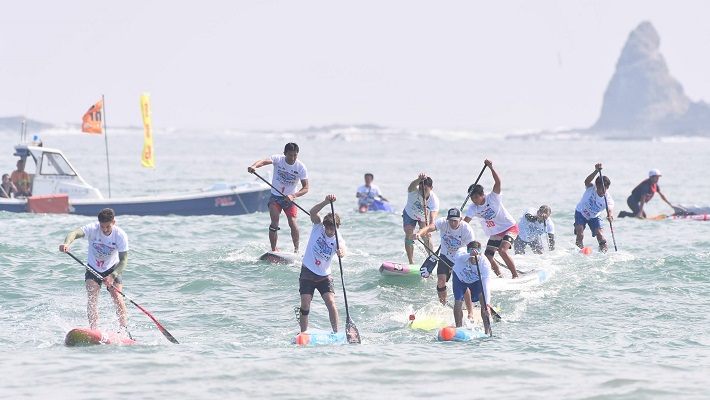 Daniel Hasulyo fresh off his runner-up ultra-marathon at the 11 City Tour helped set the early pace along with home-nation hero Kenny Kaneko and current world #2 Lincoln Dews. Lincoln eventually paddled clear to claim a victory about 15 seconds ahead of a photo finish between Daniel (2nd) and Kenny (3rd), before a big pack hit the beach to decide the minor placings. Lincoln’s stellar season and current red-hot form mean the hunt for The Paddle League World Title will go down to the final points at the last race of the season, the Pacific Paddle Games (PPG)which will be held on the 6th and 7th October. If  Lincoln wins the PPG and Boothy finishes 4th or worse, the plucky underdog will steal the title! 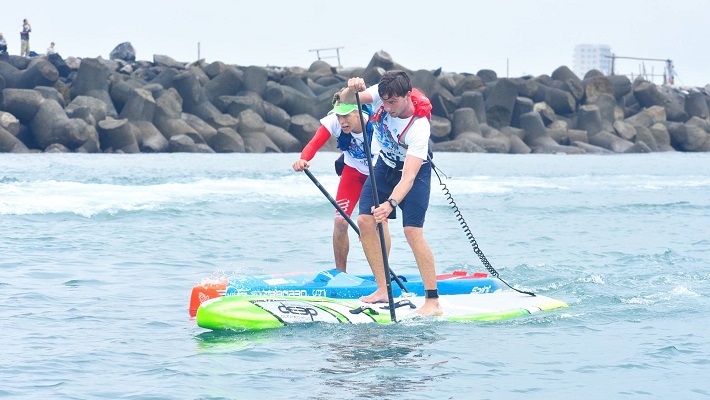 Starboard rider Fiona Wylde  showed why she’s ranked #3 in the world by claiming a clear victory in the women’s race despite having Japan’s “Smiling Assassin” Yuka Sato chasing her all race. Yuka hung on for the runner-up spot, but one of the emerging stories was the performance of the unheralded Rika Okuaki who claimed third for the home nation.

Aussie paddler Angie Jackson suffered the first of two unfortunate DNFs after fainting at the 2 KM mark; the Aussie’s weekend then got considerably worse on Sunday as she snapped Angie’s board smashed her ankle in the shorebreak, fracturing her heel bone and completely tearing her achilles off the bone (she’s in for surgery this week and will be out for about three months). Just seconds after crossing the line for victory, Fiona sprinted back to the shorebreak to help lift Angie out of the water. 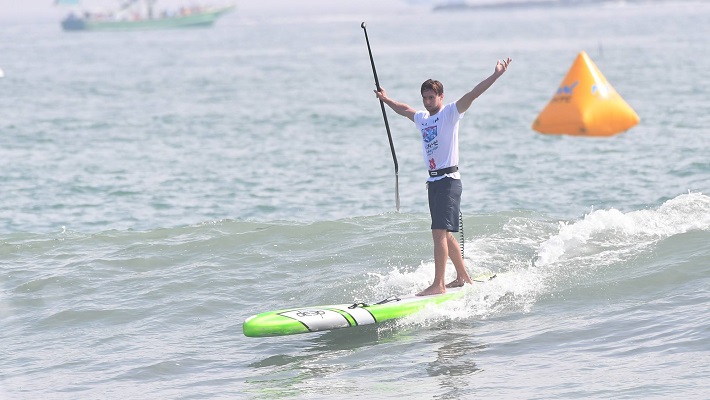 The Survivor race confirmed once again why it’s considered the most exciting race formats in the sport, with a solid mix of international stars, local dark horses and typhoon waves creating an entertaining spectacle
Despite the short, sharp course, Lincoln Dews still found room to pull clear, hitting the front then catching a set wave to surf home and claim a clear victory. It was a tight finish for virtually every minor placing, with James Casey narrowly edging out 11 Cities hero Daniel Hasulyo to claim runner-up and each wave carrying at least three or four paddlers to the beach for a sprint up the sand. Young guns 14-year-old Rai Taguchi (Japan) and Jack Seymour from Hong Kong both had stellar weekends, punching above their weight to finish top 10 on the overall leaderboard. 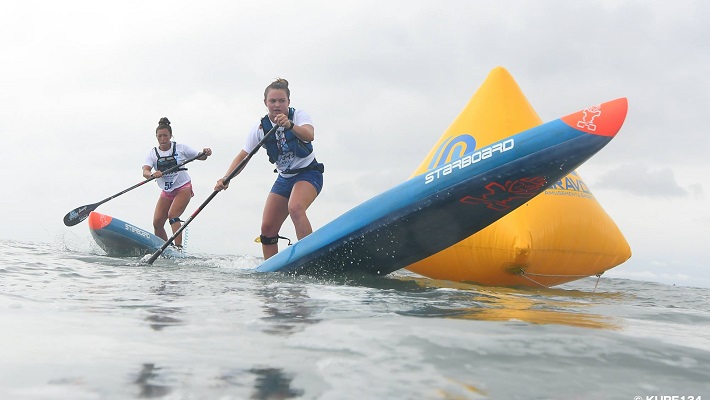 In the womens survivor race Fiona Wylde was always going to be the hot favourite and didn’t disappoint, with the current world number three paddling and surfing clear to win the women’s Survivor and make it a clean sweep of the weeken.  Rika Okuaki from the tiny island of Zamami (home to the other Paddle League stop in Japan) upset Japan’s giant-killer Yuka Sato to claim runner-up in the Survivor race and bump Yuka down to the third step on the overall podium. 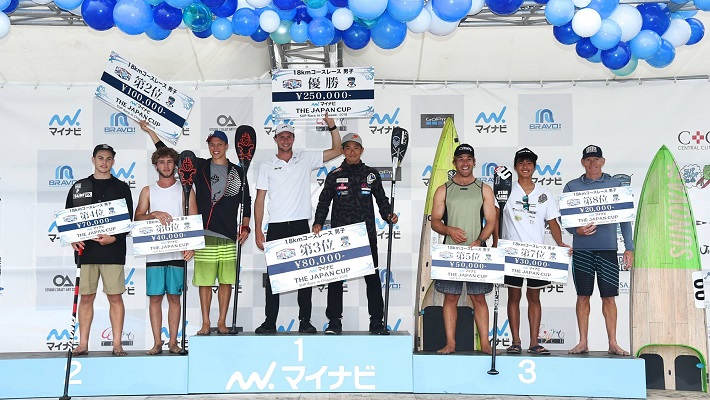 The swell picked right up on Sunday night, which unfortunately meant the following day’s kids races had to be canceled for safety reasons. But the silver lining was that everyone scored some great waves on Monday morning as a little reward for a big weekend of racing. 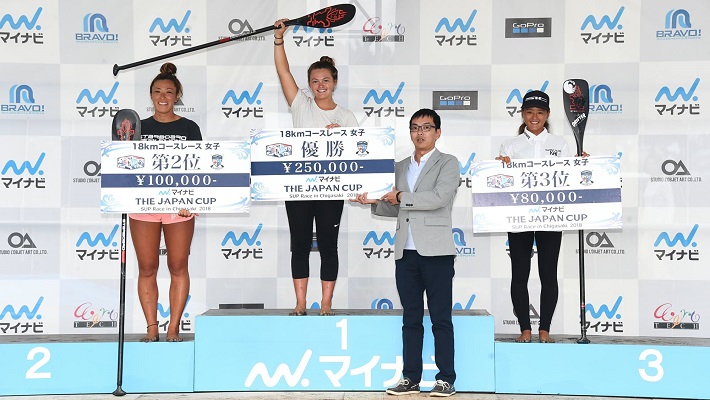 After last weeks Mynavi SUP Japan Cup we’re counting down to an exciting end-of-season showdown week in California. It will be the Battle of the Bay and Pacific Paddle Games that wraps up the 2018 points leaderboard. The hunt for the inaugural Paddle League World Title is still open on the men’s side, with Lincoln Dews a real chance to steal the crown from Michael Booth at Doheny on October 6 & 7.

The hunt for the inaugural men’s Paddle League World Title is between Lincoln Dews and Michael Booth. Nobody else can win. (Sonni Honscheid has already wrapped up the women’s world title and will be recognised at a ceremony in California next month)

The PPGs is an “overall” event that combines results of the distance race and surf race to produce the overall results. The Paddle League World Ranking points will be based on these overall event results. Other top finishers: If any of the other top 10 men WIN the Pacific Paddle Games (and their rivals have poor results), they can finish the season… 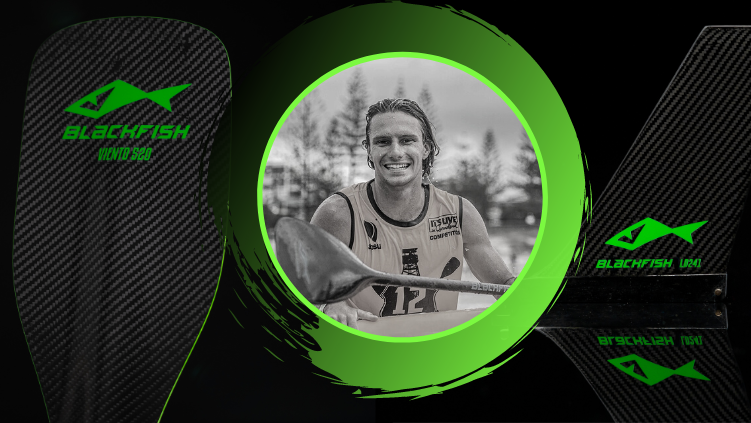 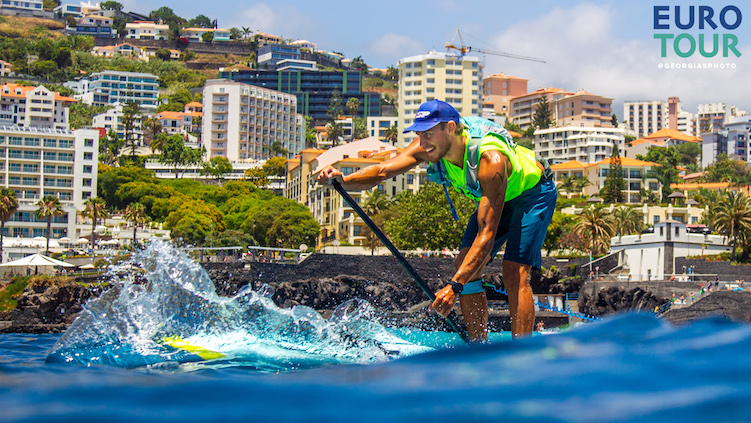 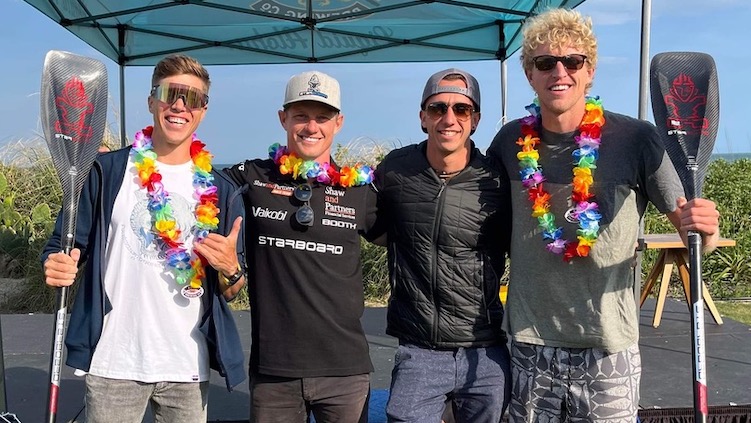 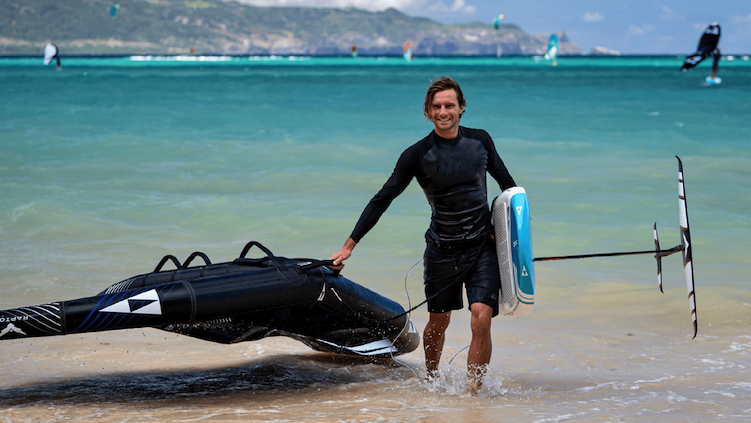 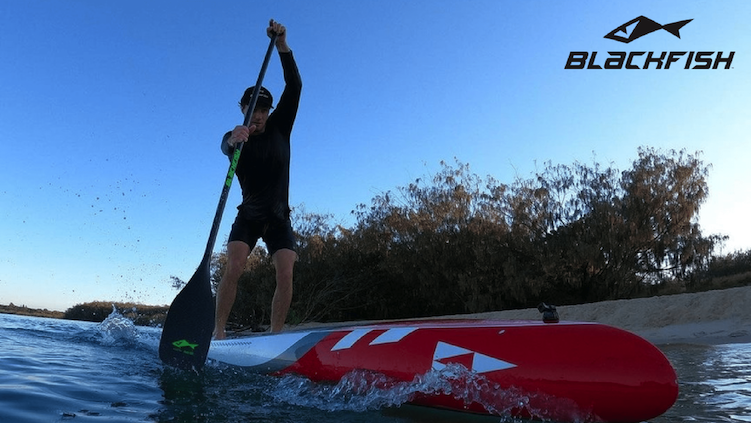