It’s been quite a year for Angela Jackson, culminating in a deserved home win at the recent Australian National SUP Championship where she took gold in the face of stiff competition from the likes of Terrene Black and Karla Gilbert. One of her main feats in 2017 however has been taking her stand up paddle brand ONE SUP (which she co-founded alongside Paul Jackson, Steve Walker and Jake Jensen) to new heights. Jackson is optimistic about the future of the discipline and feels that SUP needs to reconnect with people at the grass roots level if it is to flourish as a more mainstream sport going forward. One thing is clear, 2018 is very much on her mind, and we should expect to hear from the hard-working Australian paddler again very soon. 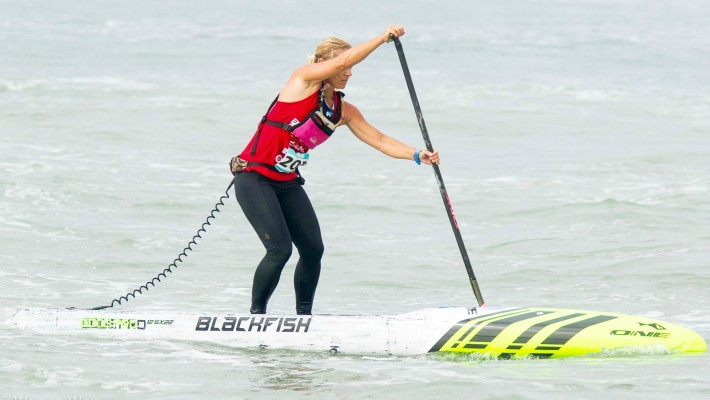 Angie Jackson, you recently took home first place at the Australian SUP Championship in Gold Coast. How did taking the top spot feel?

It’s always good to know the training you do is worth it. I am normally away for the Aussie titles, so it was great to be home for it for once, and of course, winning is a great feeling. Especially when we have some really great Australian paddlers competing! 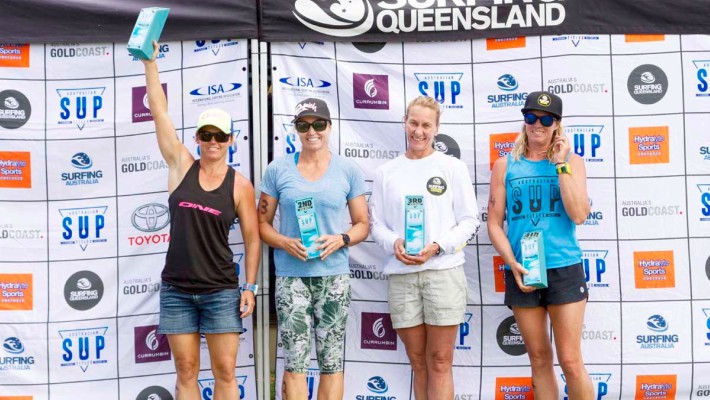 You’re no stranger to stand up paddle success. What has been the highlight of your 2017 season?

Indeed, I’ve had some successes and proud moments this year. I placed 5th at the Columbia Gorge Paddle Challenge in August and I was 3rd overall at the Mercedes-Benz SUP World Cup in July. I would say it’s been a bit of a mixed bag overall. I’ve certainly been kept busy though!

Between building my own stand up paddle brand ONE SUP with the other co-founders (Paul Jackson, Steve Walker and Jake Jensen) and travelling, while also trying to train whenever I can, it’s hard work, I must say! For me, this year’s highlight was watching ONE SUP grow around the world. That made me very proud and it continues to do so. 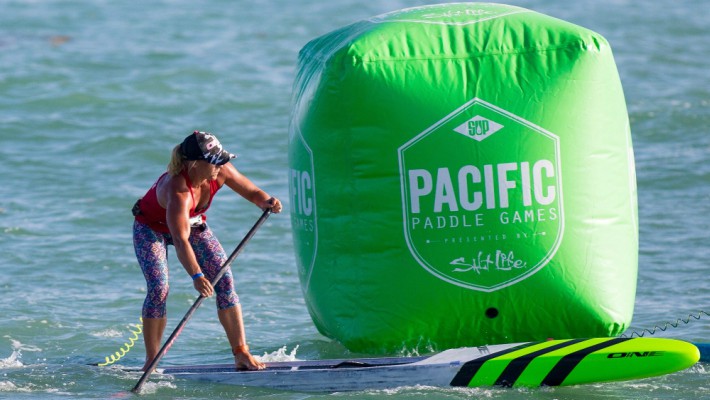 And what have been some of the proudest moments in your SUP career so far?

Oh, that’s a tough one, as l love the sport and I have been fortunate enough to have so many great experiences so far. But I think it would have to be ISA World Championship gold medals that I won for both distance and technical race at the edition in Peru. 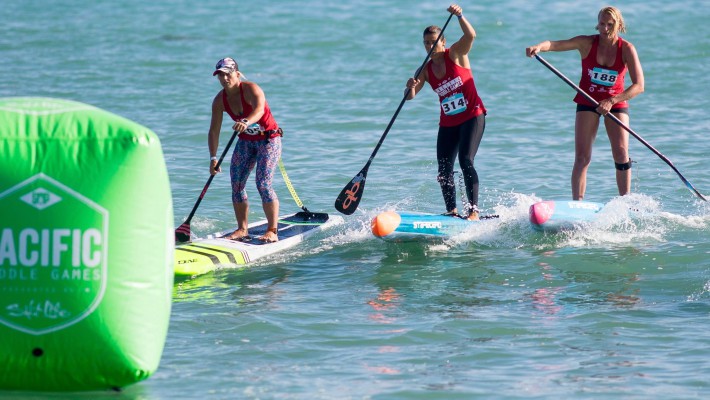 Now that 2017 is coming to a close, what do you look forward to most for next season’s SUP events?

I intend to have a pretty big year in 2018, starting with Carolina Cup and then the majors. We’ll see where it takes me, but I’m certainly very motivated! 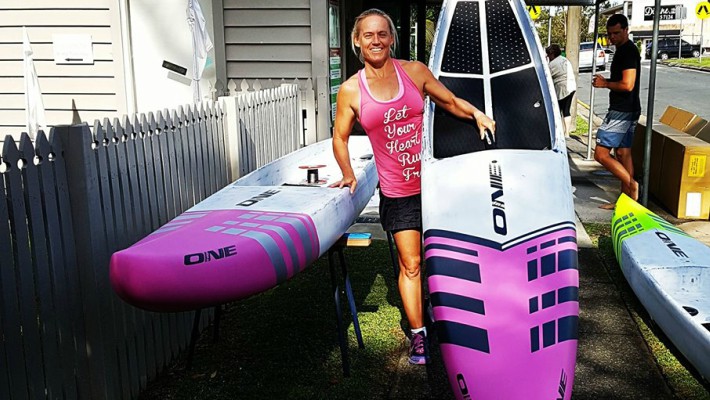 Who are your current sponsors?

ONE SUP of course, and think it’s going to be a long journey with this brand! 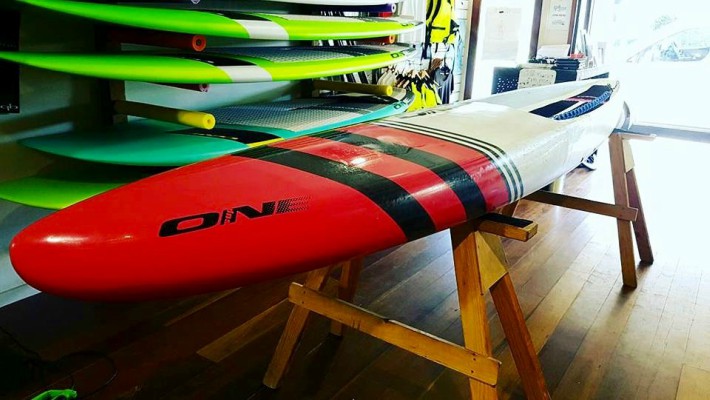 Can you tell us a little bit about your training regime?

I am big believer in what you put in, so I love to train. I paddle train 5 times per week, including 1 big swim set, 3 gym sets, 1 run set and then I usually throw in a few downwinders.

I never train alone. It’s always with someone else, but this someone depends with each session. My sessions can be either surf in’s, outs or flatwater. Currumbin is my home and it’s perfecting for training, so I spend most of my time training in my local area. 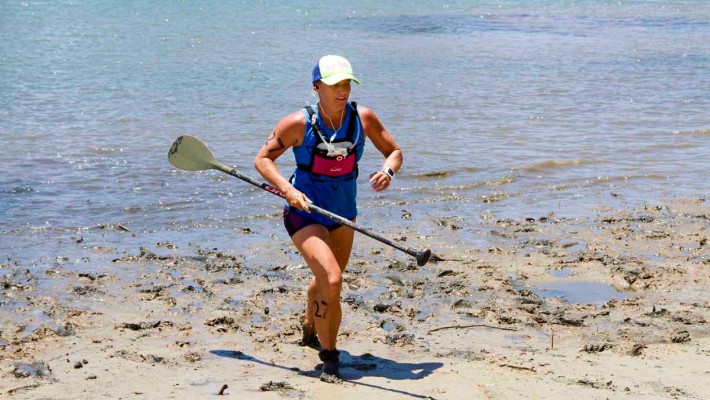 What do you think is the future of SUP?

SUP has a healthy future ahead of it and things are looking good as it stands, I reckon. I do believe that we need to take a small step back at the moment and reconnect with open class paddlers.

We need to get back to the grass roots level as such. The race numbers have dropped as I think the elites have become, well, too elitist. We are missing the connection with the open class, and I think that this is where the sport needs to develop and democratise. 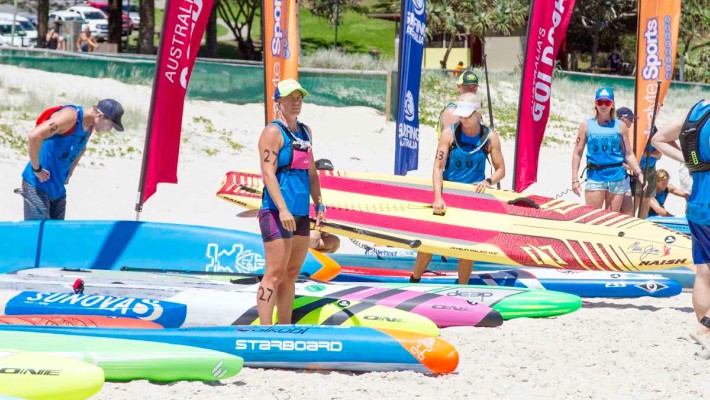 What advice would you give to first-time stand up paddlers?

Just do it! It’s an amazing sport and I have never met someone that hates it. Anyone can do it with the correct board and a bit of guidance. It truly is a unique sport and, with practice, you can get really good at it. So give it a try! You won’t regret it. 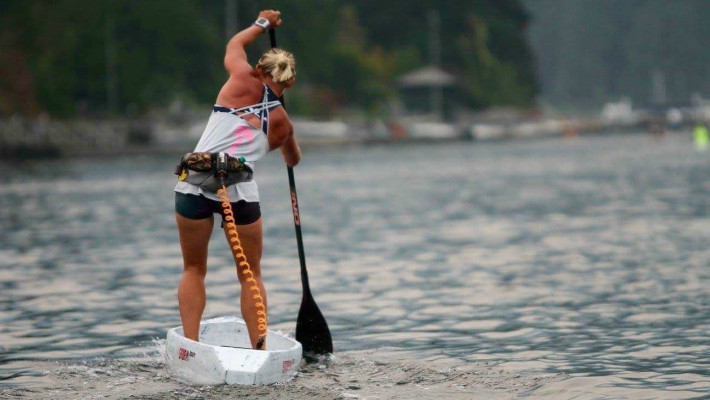