“I’m so grateful that David Smart of Blackfish Paddles believed in an unknown kid from the other side of the world” said Blackfish Team Rider Sam McCullough. Well let us tell you, “this kid from the other side of the world” is an emerging Aussie SUP powerhouse and a force to be reckoned with. Competing and claiming podiums since the age of fourteen, Sam has been a tour de force in the SUP world, battling it out for top spots with some of the biggest names in the sport. TotalSUP caught up with this inspiring young SUP athlete, who’s also representing the international Starboard Dream Team, between his school work and his next foiling session. 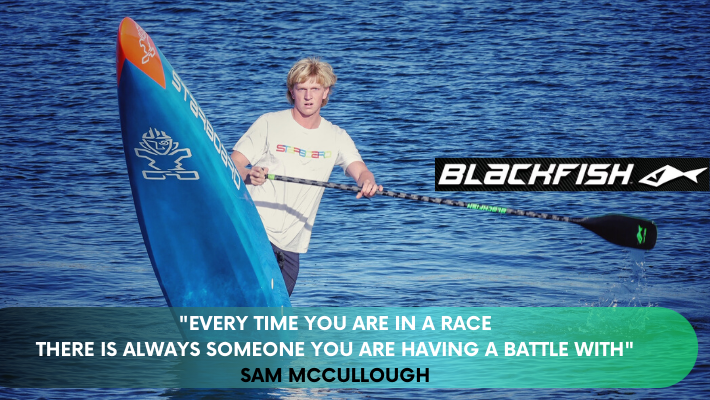 Hi Sam, congratulations on your amazing start to the season at the 12 Towers Ocean Paddle Race 2020. A lot has changed since then with major SUP events cancelled due to the global COVID-19 crisis. How are you holding up and coming to terms with the “new normal” as a SUP athlete?

Yes, it was a good start to the season at the 12 Towers and I was really happy with my results there. Who would have thought that a few weeks later all the major SUP events would have been cancelled or postponed for the year? 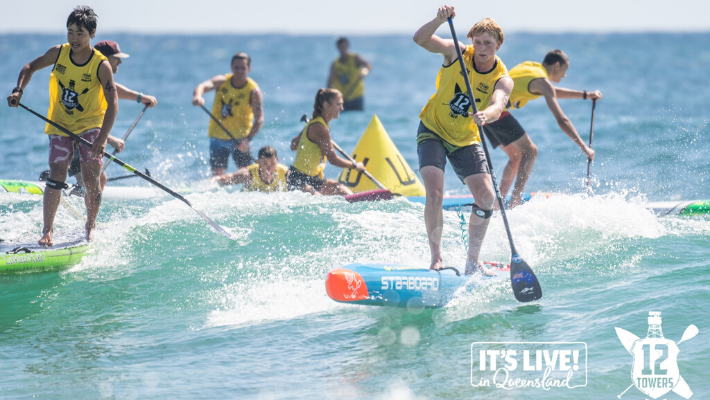 I was planning on going over and competing for two or three weeks at this year’s Euro Tour plus heading back to Hood River (US) in August for the downwind race and hopefully later in the year I was going to compete at the 2020 ISA World titles too, but it has all been put on hold for the time being. 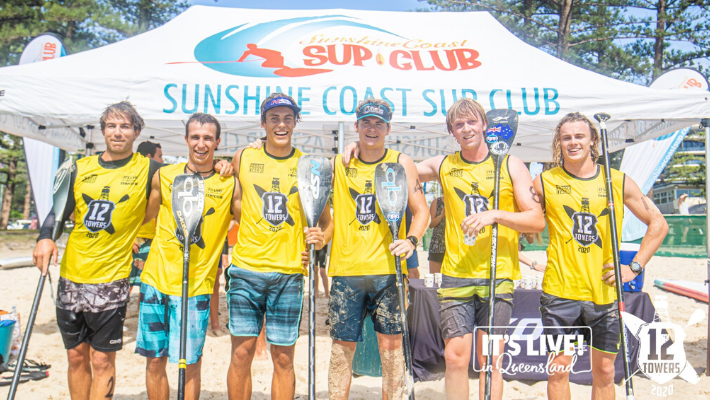 It is all very disappointing but it will give me chance to stay on top of all my school work. It is my final year of high school this year.

Has your training routine changed?

We are very lucky in Western Australia as we are not in complete lockdown. I can still go for a training session on the SUP but it is very hard to stay motivated with no SUP races in the foreseeable future.

I couldn’t imagine being in complete lockdown but if I was, there are a lot of good videos out at the moment for exercises at home, techniques, interviews and of course the fridge would need to have a lot of food in it! 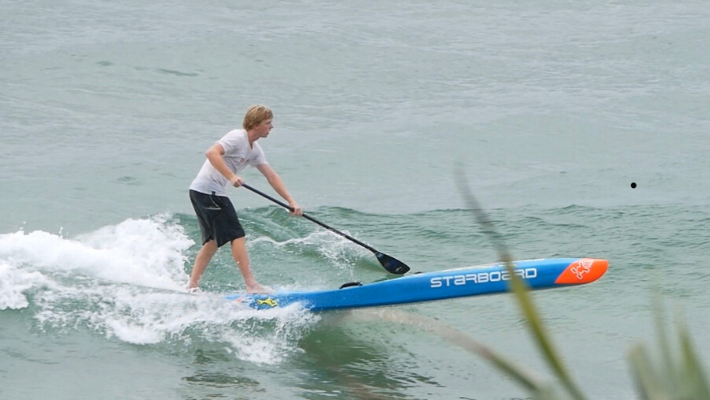 In Western Australia our state borders are closed to the rest of Australia and in Perth we can’t travel outside of the metro area so I can’t travel to my favourite surf breaks. I live close to the river and the ocean, so I have been foiling a lot and surfing too with some outdoor running which is keeping me fit.

Could you tell us how your SUP adventure kicked off and when you decided to start competing in pro events?

My dad bought a surf SUP when I was about nine years old I think? I was always mucking about on it taking the dog for a paddle and my mates just fooling around on it having some fun. I would sometimes take part in local kids races and I although they always went well I never really took it seriously. I played Australian Rules Football and was having a bad run of injuries so decided to give the footy away and take SUP more seriously, that was about five years ago. 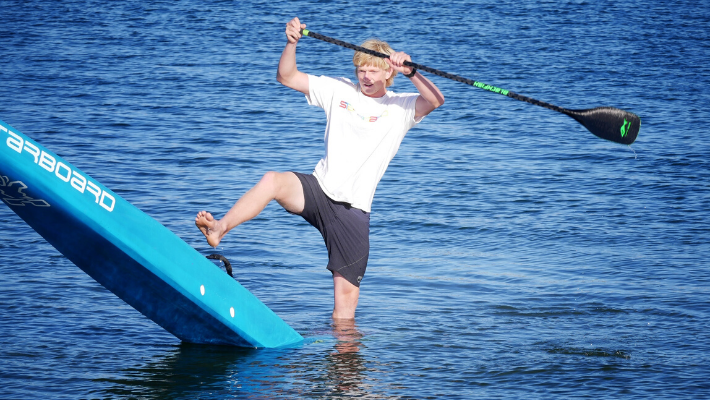 The first big SUP race I did when I had just turned fourteen that was the King of the Cut Race, a 24km open ocean downwind race here in WA, it was the first year that juniors competed it. On Saturday I won the Half Cut and then on Sunday I came in 3rd junior behind Noic Garioud and Clément Colmas who was the first junior. I was hooked and it has just taken off from there.

Could you name your favourite SUP battles to date or perhaps the ones you look forward to?

Every time you are in a race there is always someone you are having a battle with, it makes me push myself and try harder.

Last summer in Perth I had some epic battles with Ty Judson, the first local downwind race he just pipped me. We had a close battle a week or so later at the King of the Cut race but I had the upper hand this time. I was 3rd overall and the first 14’ board across the line.

I have recently had some epic races with fellow Blackfish teammate Lincoln Dews in Canada last year and the 12 Towers race this year, a couple of the races went right down to the wire, luckily I can run fast on the sand!

I also had some awesome battles at the ISA World Titles back in 2018 in China. I was physically and mentally drained after racing in both junior and open men’s tech racing but I had to back it up for the gruelling open men’s marathon. I had a great beach start and was straight onto the lead pack with paddlers like Boothy, Connor Baxter and Titouan Puyo and a few others then I realised my hydration pack straps had come undone! 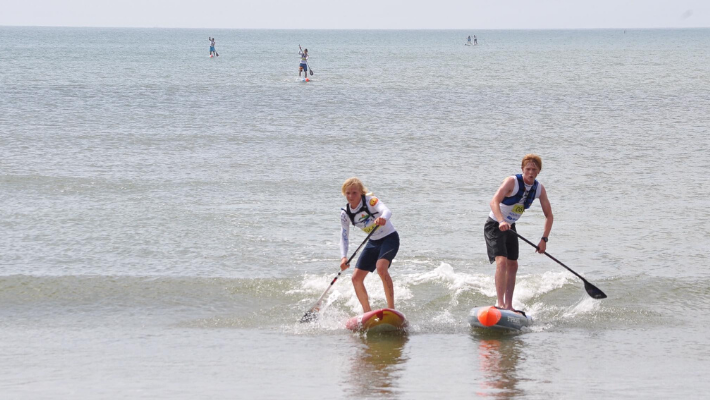 I lost a lot of places fixing the problem but managed to catch up to Christian Andersen aka Polar Bear and we worked together to move past about five or more of the elite paddlers. Coming into the finish I had a slight gap but Polar Bear caught a wave and was next to me, after a quick high five on that wave we hit the beach together but I jumped off a bit to early into deeper water and Christian crossed the line just ahead of me. It was a great result finishing just a few places behind Connor and Titouan.

What drives you through the toughest moments during competitions?

Usually before a race I will have set myself goals to achieve. On race day I try my hardest to reach these goals and will put everything into achieving them. I am quite determined, my mum says its stubbornness! 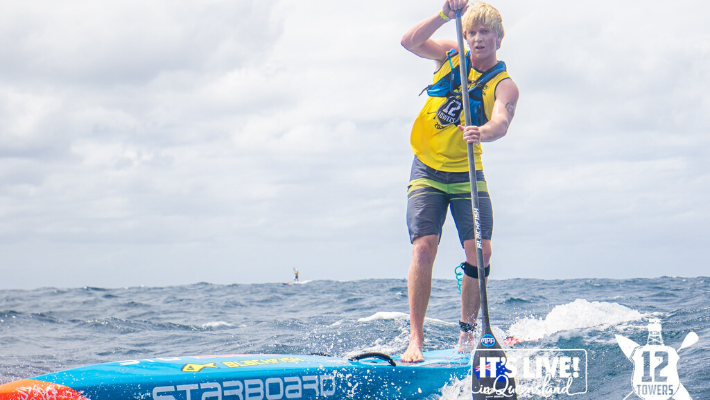 Could you tell us more about your collaboration with Blackfish Paddles?

In 2016 Blackfish Paddles were looking for a junior paddler from Australia so my name was put forward and before I knew it I was in contact with David Smart from Blackfish Paddles and he sent me a few paddles to try out. 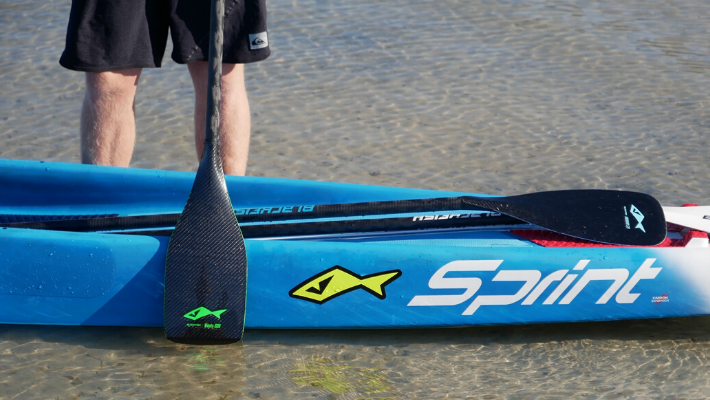 I loved them and became a member of the Blackfish Team and have been ever since. I’m so grateful that David believed in an unknown kid from the other side of the world. This was my first real sponsorship and from that day on I really started to take my SUP paddling more seriously, but I’m always trying to keep it fun!

It’s great to be part of the Blackfish team, they are like my second family. There is always something new and exciting around the corner at Blackfish Paddles. 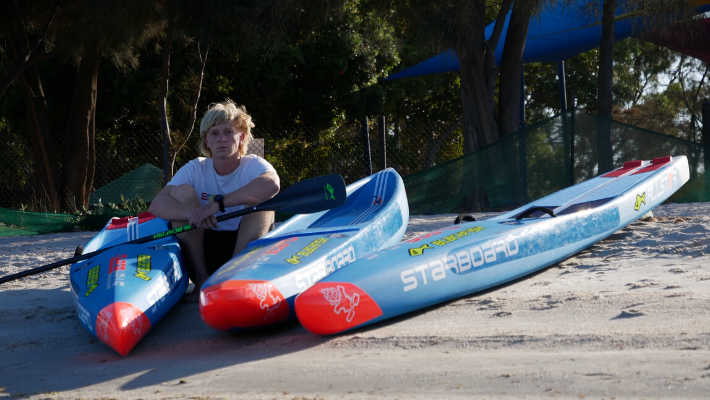 What are your Blackfish Paddles of choice?

For downwinding and flat water paddling I use the Andaman 520. For surfing – the carbon Nootka and for foiling – the fishskin Nootka. 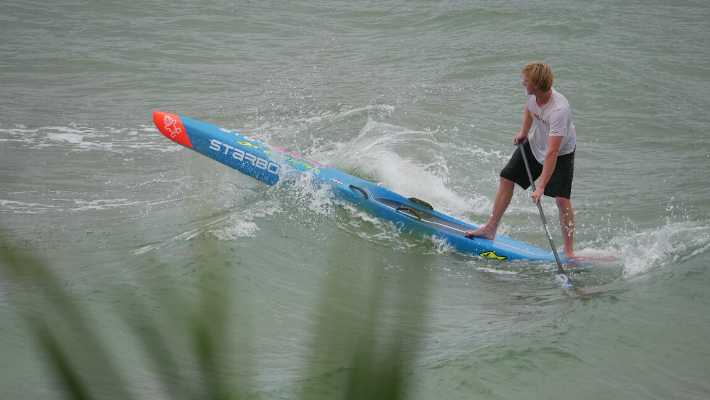 Western Australia is your home SUP turf: How are things up there? What is the racing, SUP surf and foil scene like?

Stand up Paddle Western Australia (SUPWA) have some great local and state titles races and surfing events throughout the year, flat water, downwind, technical and short course races and have pathways to National titles. I have had a lot of support and help from the local SUP community over the years and there are just too many people to mention! They have all helped me get to where I am today.

It has always been a very competitive race scene here in Western Australia and SUP surfing is strong too. There are many people that SUP surf here but you really need to travel to get to the best waves in Perth.

Foiling in Perth is still relatively small with most people knowing each other and helping out with tips, equipment and we are always keen to go for a foil session together. There is a real cross section of people taking up foiling not only coming from a SUP background but coming from surf, kite surfing and people from other sports. Being a windy city Perth is also a great place to wing foil which I have been doing a bit of lately too.

You have a lot of cool foiling videos on your social media. The sport has exploded and how do think it’s going to evolve?

I think foiling will continue to grow as a sport and will probably be introduced into a lot of other SUP races around the world. I don’t think it will ever replace the 14’ class but I can see it might start to impact on the unlimited boards as they are so much easier to transport. They are also fast and fun to watch and similar if not cheaper to buy.

What’s next once all the restrictions are off?

I can’t wait to get back to racing, locally I have missed two surfing events, two flat water events and a tech race already with the COVID-19 restrictions. I have booked to come back to Hood River in August for the downwind races but realistically this may not happen this year. I’m really hoping things will return to normal soon.

All going well, this year’s King of the Cut race will go ahead in early December, it is one of my favourite races in the world and it is in my own backyard. I can’t wait to go back to my top foiling and surfing spots out of town once the restrictions are lifted. 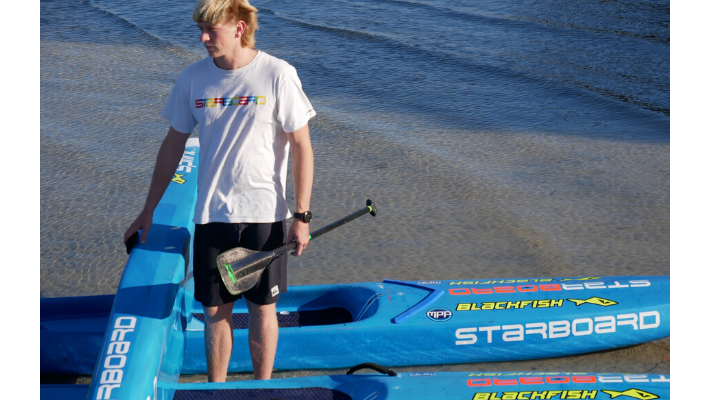 Thank you for your time Sam and fingers crossed for the rest of the season!