The Race to Alaska (R2AK) is a monumental 750 KM race starting in the USA, following the Canadian coastline and arriving in Alaska, USA. The aim is to complete it by self powered vessel and self supported. This year American Veteran Josh Collins will attempt this heroic distance on a custom board by Stu Sharpe and Oceansports World measuring 19′ x 26″.

The race starting at 0500 June 14th, Port Townsend, Washington and finishes in Ketchikan, Alaska. It is the longest human and/or wind-powered race in North America. The payout for the winner is 10,000 US Dollars and second place is a set of steak knives! But this race is such a huge accomplishment that completion in itself is priceless! Last year American Karl Kruger completed it on a SUP. Karl took the record for completing the longest SUP race in the world and beat 10 other sailing teams while doing it.

It’s in the spirit of tradition, exploration, and the lawless self-reliance of the gold rush that Race to Alaska was born. R2AK is the first of its kind and North America’s longest human and wind powered race, and currently the largest cash prize for a race of its kind. 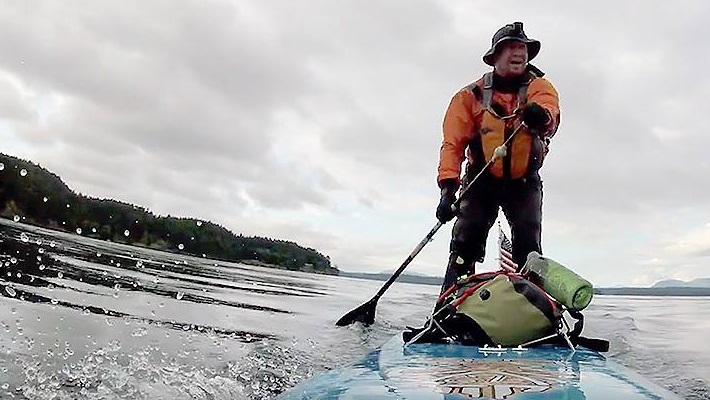 The underlying story behind this mission lies in Josh Collins’ personal struggle with TBI and PTSD. He is a Special Operations combat Veteran with multiple rotations to Iraq, Afghanistan, and Bosnia, along with numerous other deployments around the globe in support of the War on Terror.

Moreover, Josh is a Wounded Warrior with 4 documented Traumatic Brain Injuries with loss of consciousness from explosive blast, 2 by parachute landing falls, and 1 more from combat training. After he retired out of 1st Special Forces Operational Detachment – Delta Force in December of 2008, Josh continued to support the military as a contractor both stateside and abroad. But it was while leading a training exercise in 2013 that he sustained a final major concussion, and complete with fractured nose, rib, and cervical spine compression that dropped him over the edge. 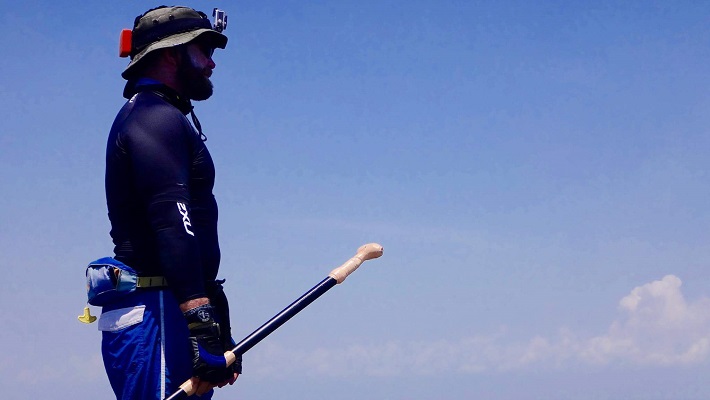 Driving on with the Doctor’s prescribed medications, but also self-medicating with alcohol, he reached the limits of his ability to function. He was finally hospitalized for over 3 months and was subsequently medically retired again as a civilian.

Not one to quit, this series of events, saving his life, marriage, and family has rekindled a new fire. After the hospitalisation, his wife Tonia purchased him a Stand-up paddleboard for recreational therapy to assist in the prolonged recovery. It was on the water again that Josh found a sanctuary. Severe vestibular (inner ear) damage, nerve damage and palsy in his right eye, and cervical spine compression now fused, left him continuously off balance on dry ground, but the rolling surf calmed all this and in his words, “Everything holds still when I’m on the water.” Having nearly lost it all, he is now determined to make a difference in helping other Veterans navigate these perilous waters of life after combat; this is Operation Torrent, where Josh believes, Connection is the Cure, and finishing the Race To Alaska is his mission to re-connect and inspire others!

The GOAL of  Operation Torrent is to have over 20,000 people watching LIVE as the race starts June 14, 2018 through their Website/Facebook. Every day you will hear from Veteran Steve Gern, who will be on our charter boat following Josh in the distance without ever contacting with him so to follow the rules of the race of no support, no help and no motor assistance!