What a crazy year it has been for the new ISA Technical Race World Champion Penelope Armstrong – a.k.a. Penelope Strickland under her maiden name ! From a 7-kilo tumor taken out of her stomach in April to beating Olivia Piana and Candice Appleby in Fiji yesterday, here is our first-hand interview with a true fighter. 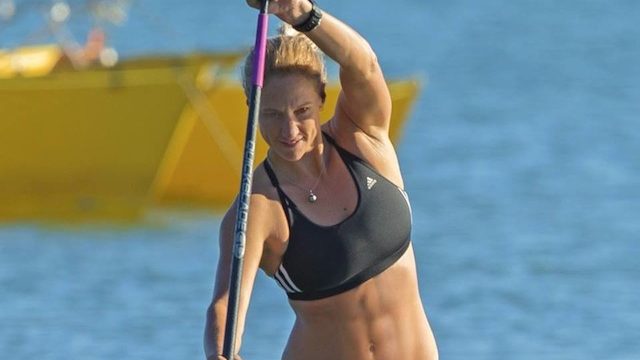 Penelope, you are the new Technical SUP Race ISA World Champion.. how does it feel?

It is the most amazing feeling – I am on cloud nine right now. This win means everything to me – with such a stop start SUP career I have really struggled to get any real sponsorship or assistance so hopefully this result might mean I can get to a few more competitions this year. 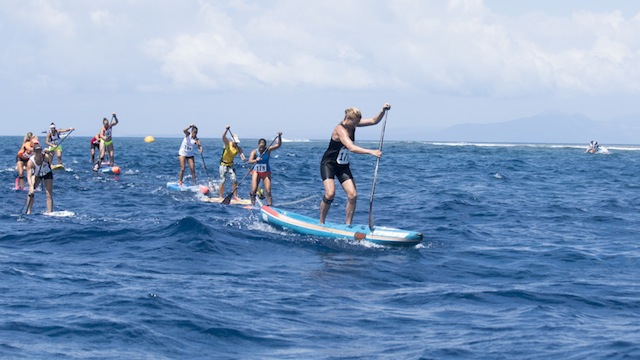 How did you win your race? Can you take us through the details of your technical race final from start to finish?

The conditions were visibly choppy in the morning – you can’t see it on camera but there are also lots of surges and currents out there and with that amount of movement and the chop, I decided early that my Starboard Ace would be the best board for the day. She is an absolute beauty – 3 years old and completely battle scarred. She is held together with bog , nail varnish and packaging tape but I have taken her out in everything including overhead waves and having that board underneath my feet gives me a lot of confidence.

I knew that I would have to sacrifice pivot turns for upwind and side wind speed but I thought that it was a risk worth taking. I did consider borrowing a new AllStar – the same as Olivia’s but I just don’t know the board well enough as they only arrived in NZ last week. 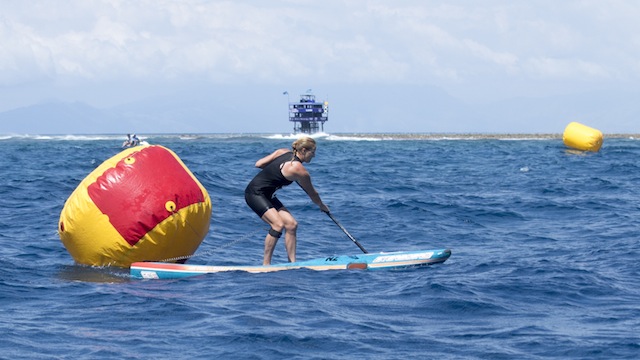 I took the heat pretty easy – I just wanted to cruise through and not use too much energy. Candice Appleby and Tarryn King are so “in form” right now my goal for the final was to go with them and hold on for as long as I could.

My start was terrible – I wasn’t assertive enough so I was over a board length behind even when the start siren sounded, but on the first upwind leg I was reeling in everyone really quickly so when I caught Candice I decided that my race plan would just have to be to take it out hard and “Hold on” as the challenges came. Olivia kept challenging through the wave section and kept catching on the turns, which she is amazing at, but in that last lap I knew that I had a “Win” in me. At the last buoy, I heard some of the Men in the water start doing a Haka – the Maori war chant and that is when I started sprinting. 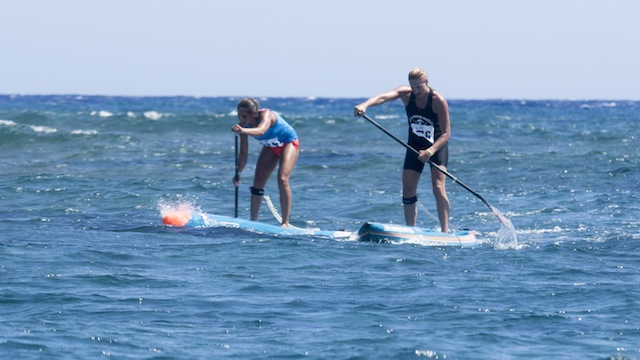 You were only called into the NZ team only a week ago? You had a tumor removed a few months ago… sounds like a rollercoaster year for you!?

If you look at the photos from ISA Mexico and Molokai last year I look pregnant – I knew I wasn’t I just thought I was old and fat haha. But last September when I finally had a check up they discovered I had a massive Tumour in my abdomen. It was so big by the time they operated (7 kilos) they had to remove it via C-Section, so that meant no paddling for 3 months as my stomach healed. They tests showed that it was not benign so I went in for further surgery in April, so there was no paddling for another couple of months…. all in all – not a lot of paddling! 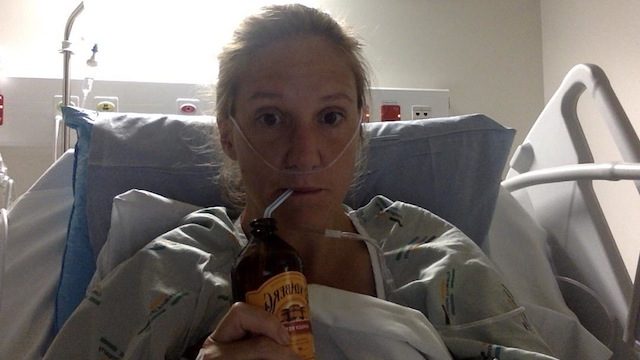 I really struggled to get back into SUP after everything and so I took up Surf Lifesaving as a form of rehab – I absolutely fell in love with the the culture, the competition and the training and so in the last 6 months have probably only been on a sup a dozen times.

Our Countries ISA team is selected off NZ Nationals which is held in Feb/March every year – having just had a C-Section in December I was not able to push as hard as I would have liked, and had not trained effectively since the July prior but I came away with a second place in both races which was enough for me to be the team reserve. There were no reasons given but when the female SUP race athlete pulled out of the team a week ago I jumped at the chance to represent NZ again. I knew I was fit so it felt right to step up and take the SUP racer place on the NZ team.

I’m confusing everyone with this – I got married last year at the PPGs straight after I was diagnosed with the Tumour and my Married name is Armstrong, however I didn’t change my passport yet so all my documents for ISA is Strickland. 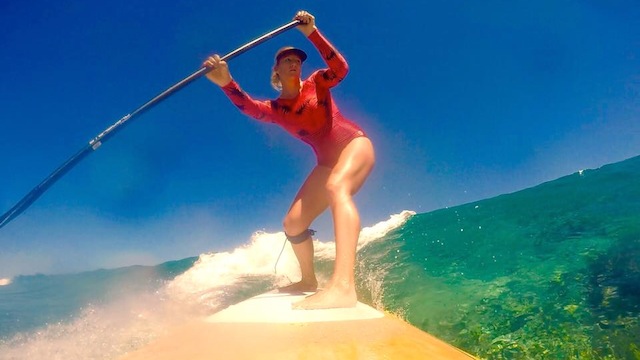 Can you give us more details about you, your sport background, your sponsors and your SUP palmares?

I am from a little town called Devonport on the North Shore of Auckland in NZ. I am really close to my family and I grew up there so after travelling the world for a little over a decade I settled back there 5 years ago. I was a Swimmer and represented NZ as a teenager on multiple teams but did nothing sports related till I found SUP 3 years ago. I work as a sales manager for Bluerock – which is a food importer in NZ. It’s a such a wonderful company to work for and they have been so supportive of absolutely everything that I have been through and done this year.

How do you feel before the Distance race tomorrow?

I am excited to race again – I feel strong and fit – I am just waiting to see what conditions the day throws at us.