After years of tireless efforts, Mo Freitas finally achieved his goal of becoming Technical Race world champion at the 2017 ISA World SUP and Paddleboard Championship in Denmark. Fending off stiff competition from Casper Steinfath on home ground, as well as teammate Connor Baxter, Team Hawaii champ Freitas gave us an explosive finish in the Technical Race final, darting towards the finish line to nab victory in the last stretch. Also placing 5th and 4th in Long Distance and SUP Surf respectively, it was certainly a successful competition for the seasoned SUP rider. He took the time to share with us his thoughts on the experience and give us some insight into what he has planned for the near future. 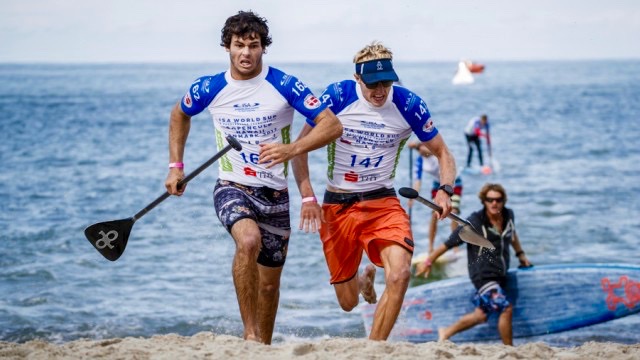 To be perfectly honest, it feels really great! I put so much time and energy into getting this far and I am so happy that it paid off. It was a long time coming! After so many years of reaching 2nd and 3rd place, to finally get a win is just magic! After a slow start to the season and a few setbacks this year, winning at the World Championship truly is all the more rewarding! 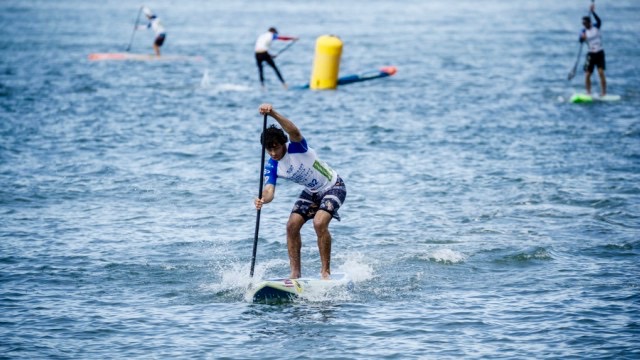 This ISA World Championship has been particularly successful for you. You placed 5th in the Long Distance, 4th in SUP Surfing and 1st in Technical Race. What does this overall success mean to you?

More than the success you can have, competitive racing is just so enjoyable for me. It makes me feel as though I’m really pushing myself 100% to the limit, both physically and mentally.

And when you push yourself like that, you’re destined for some kind of pay-off. A lot of the time, you go in there with a plan. Sometimes it works, sometimes it doesn’t. In the SUP Surf event this time, I must say, I got really lucky with the waves. 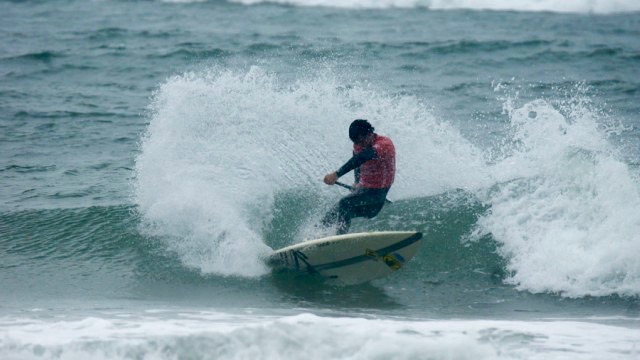 The final sprint in the Technical Race event in Denmark was exceptional. We saw you dart past Casper Steinfath and Connor Baxter in the last 100 meters to snatch victory. Was this an intentional tactic? Did you plan this?

For sure! It was all part of the plan. The part where I fell at the buoy definitely wasn’t intentional however. I knew I’d have to use up some energy to get back up there and regain my stride. At this point, the tactic was to trail a little bit, save some energy, then make an explosive dash towards the finish line. That’s what you saw during the race.

When I was racing alongside Casper, I was lucky enough to get a good turn at the buoy. Usually, when I pass someone, it’s on the left. This time, I had actually sprinted to the right, hoping to gain momentum from the bumps in the waves.

The swell really helped me, and it allowed me to put my best foot forward, quite literally. This facilitated my final dash when I reached the sand. It was really cool to make it a little more interesting for the spectators too! 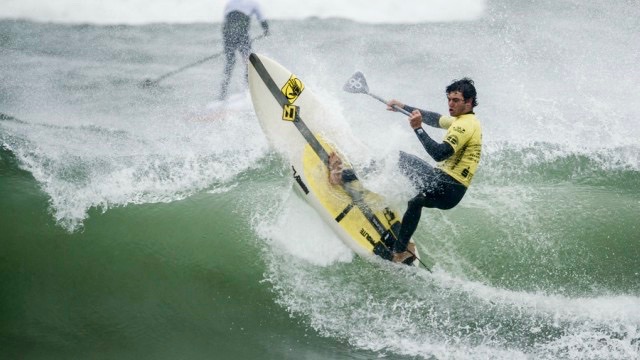 The end of this race was so close that the juries had to deliberate over who the winner was for about fifteen minutes. What was it like to wait for their verdict?

The raddest thing about the ISA is that it’s a team event, so no matter what the individual outcome, it was great for us to get both gold and silver for the team. That being said, I won’t lie, it did feel good when they announced my name. 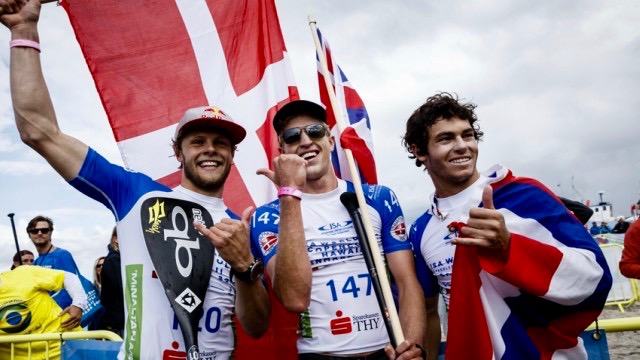 What overall takeaways do you have of the ISA World Championship in Denmark?

Man, it was just such a great experience to see all my friends from around the world, to hang out and to compete. It’s always so much fun and I can’t wait for the next edition.

One thing that seemed palpable was the sense of camaraderie among the Hawaiian team. Is there a strong sense of cohesion between you and your teammates, and does this spur you on and motivate you to go further?

Team Hawaii is more a family than anything else. Matty, our coach, put so much into getting a lot of the team there, and it was such a great group to hang out with on daily basis.

It’s always competitive when you’re in the water, but out of the waves everyone is very close. Not only in our team though. It’s a kind of camaraderie that pervades in SUP. It’s a huge part of what makes this sport so special and why I love it! 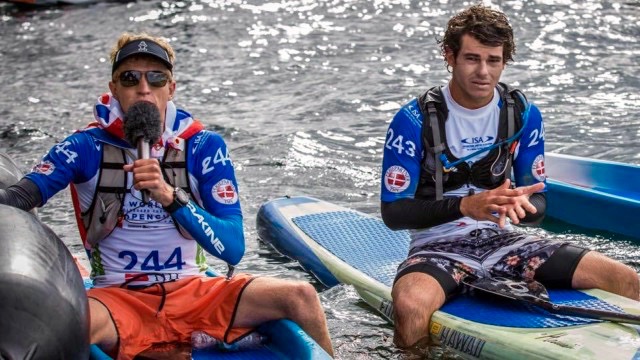 Besides competing, you’re also a team member of the SUP brand Focus SUP. At what stage of development is the brand at the minute?

Indeed, I am a team rider at Focus SUP and it’s great. I help a lot in the design process when it comes to conceiving new boards, and so far, the one I’ve assisted with seem to be working great in all kinds of conditions.

Finally, what are your goals and objectives for the weeks and months ahead?

Right now, I want to focus a lot on surfing in particular. I want to make some really cool adventure videos and push myself to the next level in terms of SUP surfing. After seeing what Luiz Diniz could do in Denmark, it has really inspired me to go one step further and take SUP surfing to the air. Watch this space!