Wind, waves, sunshine – a combination that’s absolutely irresistible for my husband Stefan and me. That’s why we jumped at the opportunity go to Tarifa to train with surfski instructor Boyan Zlatarev at the Tarifa Surfski Center 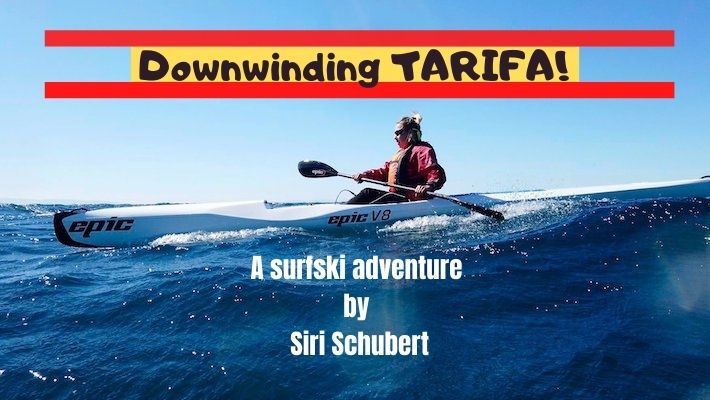 Strong winds, as you would expect from a famous windsurf and kite spot, greeted us on our first day in Tarifa. But before we went on the water – as every morning on the six course days – an in-depth theory lesson was on the agenda. We received a detailed introduction to wind conditions, waves and currents in the Strait of Gibraltar, well explained and with exciting background information. This way we not only got to know the main winds Poniente and Levante, but also learned, which tidal currents and countercurrents were to be expected at certain times of the day. I must admit: I was a bit skeptical about a theory lesson on a beautiful day like this but it was absolutely useful and helped me elevate my understanding of the waves to the next level. After receiving our boats – stable Epic V8s – and equipment – including a PFD, a GPS tracker and radio – we were ready. 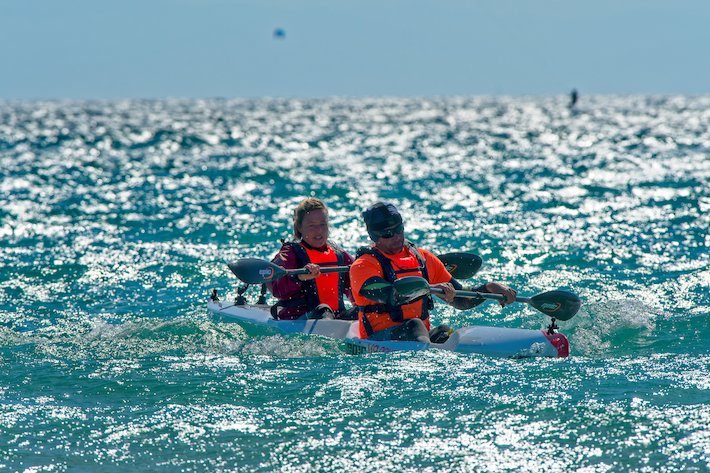 Since we have mainly paddled on Swiss Lakes in recent years, we had quite a bit of respect for the wind with gusts of up to 50 km / h. But Boyan had chosen a reasonably protected bay for the first day where we could get used to the conditions. He also wanted to assess ​​our paddling skills before we paddled longer downwinders further offshore. We were here to have fun and challenge ourselves, but one thing was clear: safety comes first. Although we could see the Moroccan coast the whole time – because the Strait of Gibraltar is only 14 km wide at this point – the strong currents and wind make this place where the Atlantic and Mediterranean meet, not without danger. Swimming to the nearest coast was definitely not an option.

Off we went: through small surf, we paddled out to sea against the wind. Since the waves in the bay came from different directions, it wasn’t easy at first, but soon we found a good rhythm and enjoyed the movements of the sea. Then it was time to turn around and it got even better: Stefan and I sprinted to catch small waves and surf with them. It was an amazing sensation to feel the energy of the wind and water. And that was just a taste of the downwinders to come. We were really looking forward to the next few days. 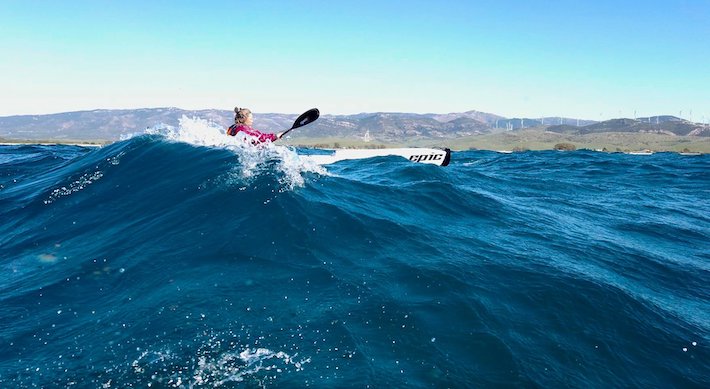 First, paddling a double surfski with Boyan was on the agenda. The day started with light wind and bright sunshine. It was impressive how effortlessly Boyan caught the waves with just a few paddle strokes and how efficiently he used the energy of the ocean. Taking turns in the back seat of the double, we learned a lot about bracing and the right timing and positioning of the boat and paddle. 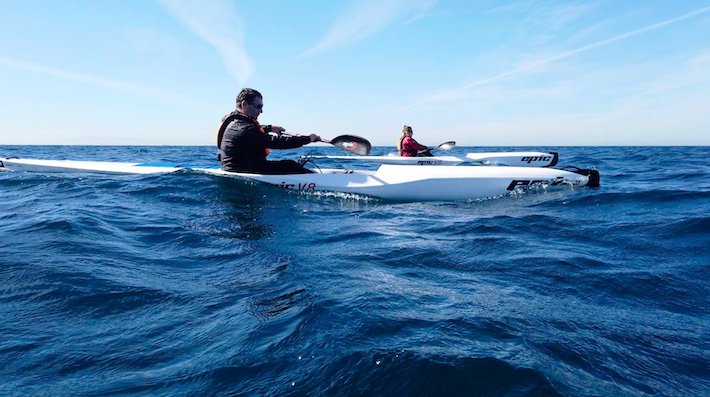 After another theory lesson about acceleration and choosing waves, we tried to put what we had learned into practice in a single surfski. Our progress was noticeable: Stefan and I caught waves, surfed and had so much fun on the moving water. Of course, it helped that Boyan always supported us with tips on technique, timing and positioning. Self-rescue exercises such as getting in and out of the water also contributed to the fact that we could move freely and safely in the waves. The Surfski Center works together with the local sea rescue team, so we always felt absolutely safe. Remarkable: Even though Boyan has an extra insurance with the sea rescue organization, he has never had to use it, because he makes sure that the skills of the course participants correspond to the conditions.

The wind was pretty consistent all week, so we could enjoy a downwind session every day. The video analysis revealed technical imperfections and showed us where and how we could still improve. 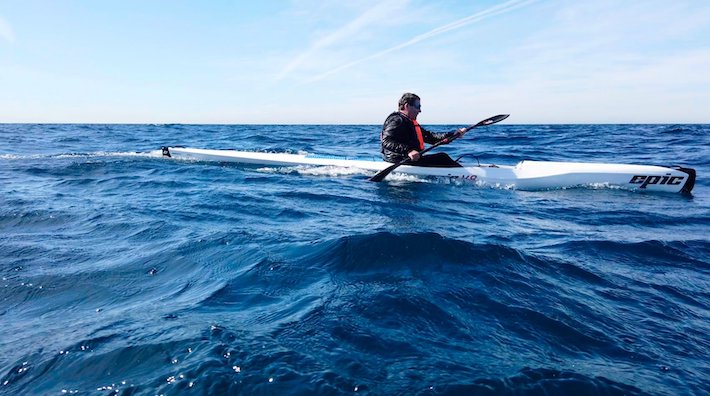 On the last day there was a technology lesson on the program. Boyan had worked out various drills and exercises for me and Stefan so that each of us could work on the weak points where we could improve most effectively. The technical drills required a lot of concentration, as we broken down sequences of movements into their elements and changed them in a targeted manner. We will keep practicing the drills on the lake at home.

On the last day, the wind picked up significantly and provided ideal conditions for a 10 kilometer long downwinder. We were absolutely stoked when we managed to connect several bumps and move forward hundreds of meters without effort, only carried by the energy of the wind waves. The week came to an end with an amazing paddling experience. As we exited the water, it was clear to us: this was definitely not our last stay in Tarifa.