About 8 million tonnes of plastic enters the sea every year, and at this rate we face a future with more plastic in the Ocean than fish by 2050. Paul Hyman owner of Active 360, and organiser of London Crossing/Big Ben Challenge race speaks to TotalSUP about why we need to start protecting our water ways and start to address the issue of global marine plastic pollution.

Hi Paul, Why is marine plastic pollution such an important issue?

The rate of single use plastic pollution is increasing so much that our beaches, lakes and rivers may not look so good in a few years. If you are quite happy to have plastic bottles on the beaches and riverbanks where you paddle, plus plastic bags hanging from the trees then maybe you can ignore what’s happening, and trust big businesses and politicians to sort out the plastic problem, you can always travel/paddle further to avoid it. 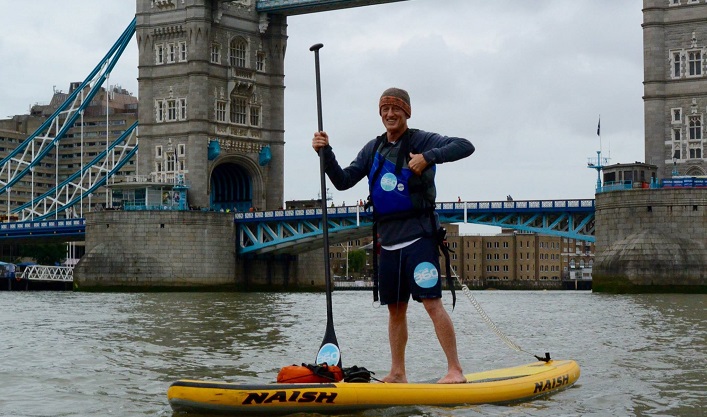 There are places around the world and even a few in the British Isles where you won’t find more than a few plastic bottles, bags, sweet wrappers, finish net etc.  Iceland, East Greenland, parts of Slovenia and Sardinia are some of the only places where I have paddled that are free of plastic trash. But countries like Morocco, India, Thailand, Myanmar all have quite severe plastic pollution always close to a significant population.

Currently there is an increased awareness that plastic is entering into the food chain through marine pollution, so you may want to avoid shellfish or flatfish and other types of fish (which have been found to ingest micro plastics), presently scientists have not linked the long term impacts on human health. However, they are quite sure plastics are damaging many forms of marine life including dolphins, whales, seals, as well as the sea life found further down the food chain. If you want these animals to have a future you may want to take a stand.

What can we do about plastic pollution?

In 2016 and 2017 I was shocked to see plastic trash in the River Arno running though Florence, shredded plastic bags in trees along remote parts of the Lubjiano and the Soča River in Slovenia, and in the Hebridian Archipelago. These are still beautiful but for how long, if nothing changes? 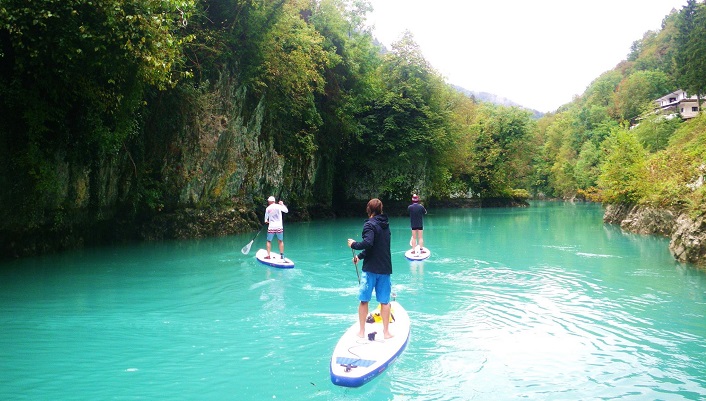 It’s easy to feel powerless about the problem, just taking a walk along the canals and rivers in London, and almost any big city around the World will bring you into contact with the reality of what’s happening.

The real solutions could involve turning back the tide of plastic ‘upstream’. Supermarkets can be persuaded to reduce packaging by consumers rejecting anything over-packaged but also by group protests, petitions and social media campaigns which bring damaging PR. This means reducing the amount of over packaged food and goods and using packaging other than plastic and more reusable containers.  We can stop local pub chains giving out straws and plastic glasses or at least ensure these don’t reach waterside.

‘Downstream’ solutions can also help for example raising awareness of the plastic pollution and encourage people to take action. This can be passive action like signing petitions to introduce a plastic bottle deposit scheme.

We can also encourage and enable people through support to take on projects, for example encouraging  their local councils  / Canal and rivers Trust to provide more river/canalside bins and empty them more frequently. They are responsible for providing and emptying these bins but clearly, they don’t see a waterside bin as a high priority. Also stopping sale of single use plastic food packaging on or near to waterside areas. 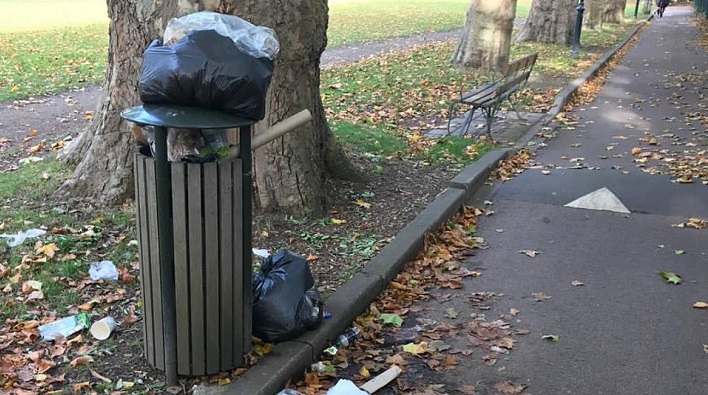 Paddleboarders are in a good position to help to bring about change as our sport, the sport is visually striking and still new enough to attract attention we can make use of this appeal. Paddleboarders see the problem the plastic problem first hand, we can introduce others to the issue of plastic pollution in the rivers and oceans, that we love.  However people should never feel pressured to get involved.  So get involved if you feel you can and would like to contribute but there’s no need to feel bad if this is not your thing.

This year Active 360 are launching a responsible pub scheme in London to try to rid the Thames of plastic cups used instead of glasses at many riverside pubs (there are perfectly safe reusable replacements for these).  The Film “Paddle Pickers” by Beth Staley provides a good intro to the problem and our work.

Can we help by picking up plastic trash?

Clean up operations from paddleboarders and canoeist seem a good way to make a difference, they can be fun to take part in but it’s a risky business. What if these just hide the extent of problem and delay lasting solutions?  On its own it’s a pointless exercise in most urban areas. Usually within days or at best a few weeks one pile of trash is replaced by the next lot. But it can be much more useful if combined with education and engagement to develop long term solutions, as well as political activism such as Plastic Ocean Festival.

What was the idea behind Plastic Ocean Festival 2017?

Plastic Ocean Festival ran in 2017, develop to raise awareness of plastic pollution by organising plastic clean on the water.  The plastic trash collected was counted and categorised using the methodology developed by Thames21. We also showed 2 films the film  “A Plastic Ocean” and the other highlighting the problem of marine plastic pollution.

The emphasis on the festival was to promote awareness and understanding of the damaging effects of plastic pollution in waterways and oceans. To encourage individual and group action to refuse, reduce, reuse and recycle plastic, starting at home in London. At the festival we developed ideas for people to change their own plastic use behaviour, so to reduce their reliance on single use plastic.

What is the future?

This year there is big change in the air with interest in marine plastic pollution, its rapidly gaining pace more than any other environmental issue.  The huge success of the UK programme BBC Blue Planet last autumn gave the issue a big push, it built on the work of many scientists and activists had been doing for more than a decade.

Events like Glastonbury are also announcing their intention to be plastic free in 2019 and any event not changing radically is likely to be labelled as a ‘trashfes’ t, it may suffer some degree of boycott or protest.

On the canoeing front Andrew Jackson the man behind the Hurley Classic a whitewater kayaking event which has run for several decades on Hurley Weir has announced that the event will take a big stand on plastic pollution this year.  This means no plastic bottled water, reusable coffee cups and water bottles on sale with free water refills and food sold in compostable containers.  There will also be a clean up event in kayaks and on paddleboards.  Change really is in the air and paddle boarders have led the way on this for years so its something we can be proud of.