This past week-end, the Stand Up World Series finals were held for the first time ever on Maui, Hawaii. A decisive event in the Women’s which saw Fiona Wylde take on a double win and being crowned the 2016 Stand Up World Series Champion ! On Day 1, the event saw the best racers in the world take one the best downwind course – the Maliko Gulch run – won by Connor Baxter in the Men’s, while Day 2 was a gruelling sprint competition in very technical conditions won by a very convincing Casper Steinfath. Kai Lenny wins the combined competition in the Men’s. 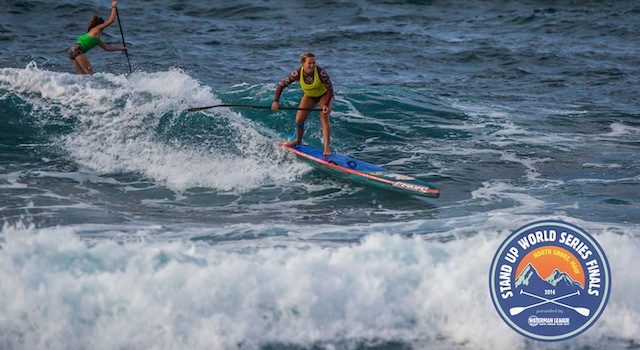 Connor Baxter and Fiona Wylde were victorious on Day 1 of the 2016 World Series Finals on Maui. Epic downwind conditions on the World Class Race track from Maliko to Kanaha saw Connor Baxter take victory over Kai Lenny  in 2nd and Kody Kerbox in 3rd. Meanwhile in the women’s, it was Fiona Wylde who put on another dominant downwind performance to take victory, followed by the ever impressive Annie Reickert in 2nd and Talia Decoite in 3rd. 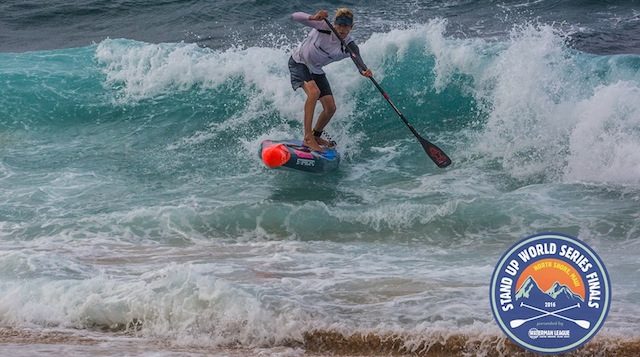 Ho’okipa turned it on on Day 2 for the World Series Finals on Maui, with a solid 20+ knots and a few good sets rolling through. After loosing out during the semifinal Casper Steinfath drove home a first place in the repecharge heat to get himself a position on the start line for the final, during which he put the hammer down and pulled off a convincing win taking home a first place in the sprints. Zane Schweitzer had an amazing race and brought in second, with Kai Lenny rounding out the podium in third.

In the women’s, Fiona Wylde came out on top with best two out of three races.

In the men’s, Kai Lenny put together a second and third to take home the Maui World Series title. 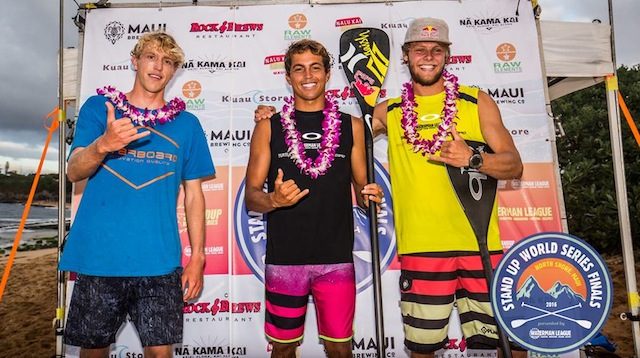 This means Fiona Wylde is the 2016 Stand Up World Series Women’s Champion and Connor Baxter is now in 1st sitting 750 points ahead on the men’s table before the Red Bull Heavy Water event on Tuesday which means it could be anybody’s title to claim. 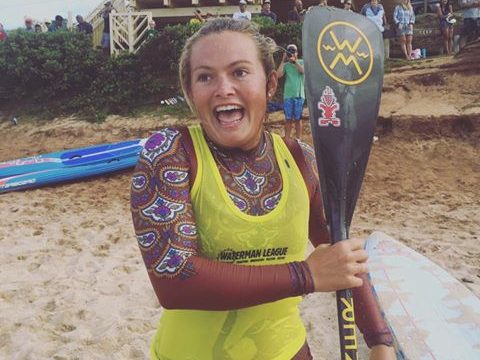