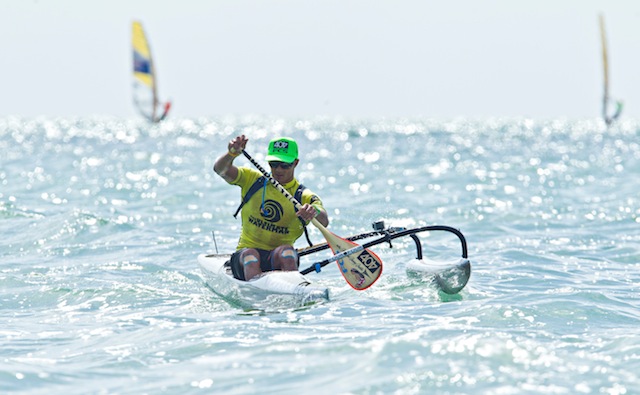 The Outrigger Canoe is Ching’s double whammy discipline which means he secures double points for his win.

Ching won the discipline at the inaugural Ultimate Waterman event in 2015.

Placing second today was Connor Baxter (HAW) who held off a spirited battle from Australian athlete Mark Visser.  Visser showed a phenomenal improvement from the 2015 event where he placed second to last in the discipline.

The closest battle of the day was between defending event champion Daniel Kereopa (NZL) and Hawaiian athlete Zane Schweitzer.  Kereopa appeared to pass Schweitzer 50m from the finish line but as he hit the beach, cramp set in and he had to resort to hopping across the finish line as he watched Schweitzer sprint past and in to fourth place.

The competition continues tomorrow at Piha Beach, Auckland with the 6km prone paddleboard race.  The race starts at 12pm and competitors will complete four laps of a 1.5km course that runs through the powerful waves of Piha.