TotalSUP : Hello Maggie, can you please introduce yourself and your activities in relation to SUP? 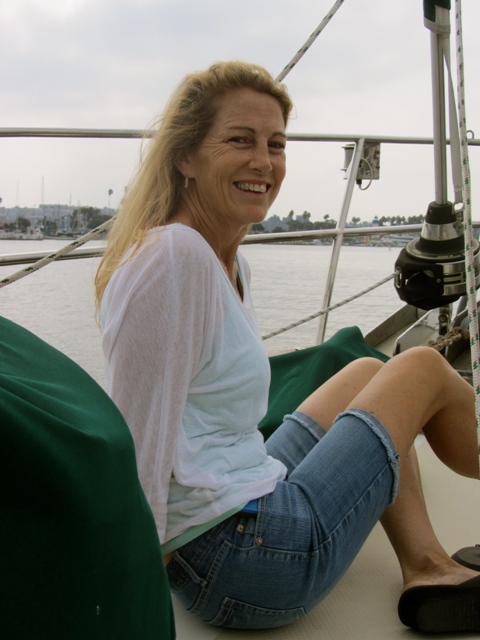 Maggie Adams : I started stand up paddle boarding about 2 years ago, but got more serious in this last year. So I'm fairly new to the whole SUP community. I obtained a level 2 SUP certification in March 2014 with the American Canoe Association (ACA) and I started my own SUP business Blue Paddle SUP in May, 2014. I enjoy many aspects of SUP from instructing beginner and advance paddlers, SUP Fitness training and SUP Racing. Stand up Paddle boarding has also allowed me opportunities to give back & volunteer at paddle events,
and raise money for various charities.

TotalSUP: On October 11th you took part in the Island to Island Waterman Relay Race, could you present the event ?

Maggie Adams: Island to Island Waterman Relay Race is organized by Giles Finlayson. Along with the help of Pam Strong, and sponsors Surfride, Westwind Productions, Stay Covered, Wyland, Made to Move Physical Therapy, Are You Inspired Yet, HapiFish, & Starboard. All proceeds from the race go to City of Hope and San Diego Cancer Research Institute. Island to Island is a 28 nautical mile relay race for prone. OC-1, & stand up paddleboard. The race begins on the water at Santa Barbara Island and finishes at Two Harbors Isthmus on Catalina Island. Depending on your vessel and paddler, time to finish the race varied from 5 hours and 45 minutes to 7 hours and 30 minutes. Island to Island is the opportunity to join other paddlers for a channel crossing in California while raising money for cancer. The race this year
did not provide us with very much wind. So more paddling with very little bump. Maybe next year! It was a beautiful adventure.

TotalSUP: Can you present your team ?

Maggie Adams : We were supposed to be the second all women's team doing the relay this year, but things got changed around at the last minute. My teammates included myself, Claudette Baker and Stephen Baker. This latter is only 13 years old, and has only been paddling for about 6 months. He's fierce. A week and a half before the race I received a call from our boat escort. Our skipper informed me that his boat was not going to be ready for the race due to mechanical problems. We managed to secure another boat escort 5 days before the race. Our boat captain Stacy Sinclair and crew took very good care of us. We arrived at Santa Barbara Island Friday night Oct.10, 2014 on a 44ft. Kelly Peterson cutter rig sailboat. The race started the next morning at 9:30. I drew the lucky straw and would be at the start with Jaime Mitchell, Ryland Hart, Woody Maxwell and 8 other team starters. 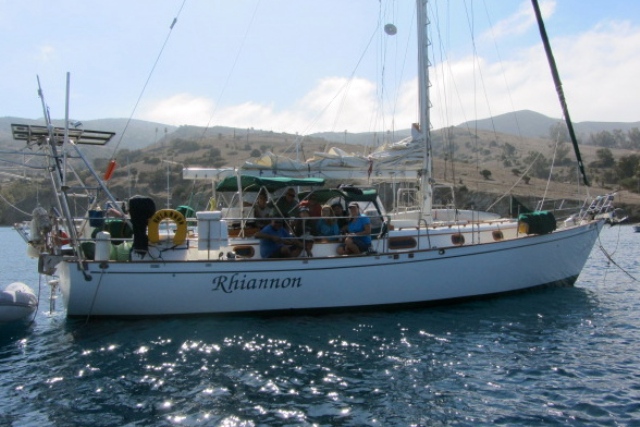 TotalSUP: What are the logistics behind an event like this ?

Maggie Adams : I think the biggest logistics to any distance paddle relay race on the ocean is securing your boat escort. This was my number one concern when I signed up for the race. It all ends up working itself out somehow. You just have to believe in yourself & what you are doing. We slept on the sailboat the night before the race. This is advantageous because you are at the start of the race (Santa Barbara Island) when you wake up. Of course, sleeping on a sailboat is not for everyone (me included). The other option is to stay at Two Harbors Isthmus on Friday night, and boat over early on Saturday morning (about an hour boat ride). We weren't able to practice our switches prior to the race. For the race, we tied the dingy to the side of the sailboat, and we would enter and exit via the dingy. Each racer paddled for 20 minutes and than we would switch. We would count down for the paddler to let them know when they had 10 min, 5 min and then 2 min. At 2 minutes, the boat come to the paddler and the skipper would put the engine in neutral and we would do the switch. In between paddles, we would drink water, coconut water and juices. We ate fruit such as grapes, apples, oranges and protein bars. During this type of race it's important to stay hydrated. It took our team 7 hours 30 minutes to reach the finish. It was an awesome adventure/journey and I look forward to doing it again next year. 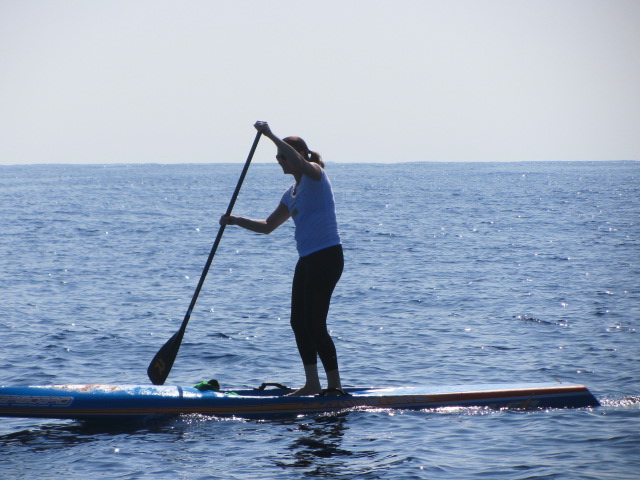 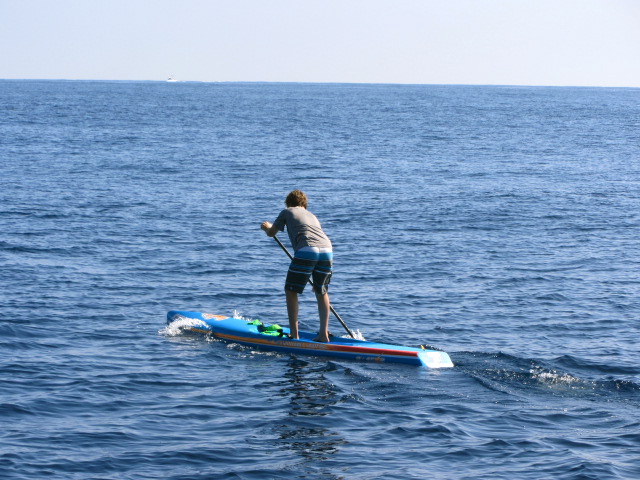 TotalSUP:  Can you talk about those 2 islands and what's special about them?

Maggie Adams: Santa Barbara Island is the smallest of the eight Channel Islands. It is the southern-most island in the Channel Islands National Park. The highest peak on the island is Signal Hill, at 634 feet. While the island is not a volcano it is composed primarily of Miocene volcanic rocks (basalt) interbedded with marine sediments. Two Harbors is a small island village on Santa Catalina Island. It is named for the two harbors separated by the 770m section of land separating the northern Isthmus Cove and Catalina Harbor. In the 1860s, mining for silver, lead, and zinc took place in the area. 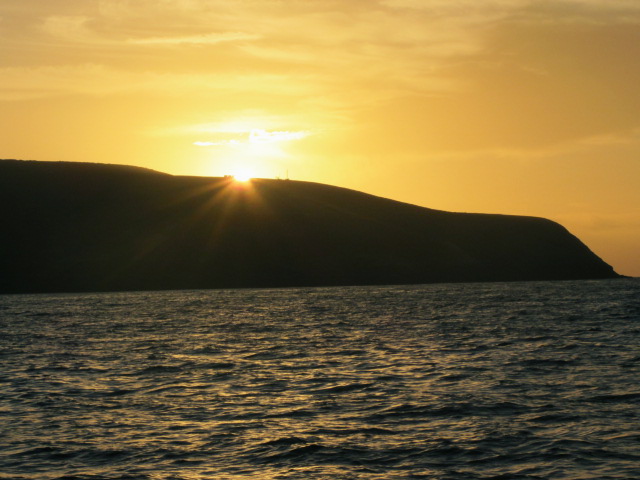 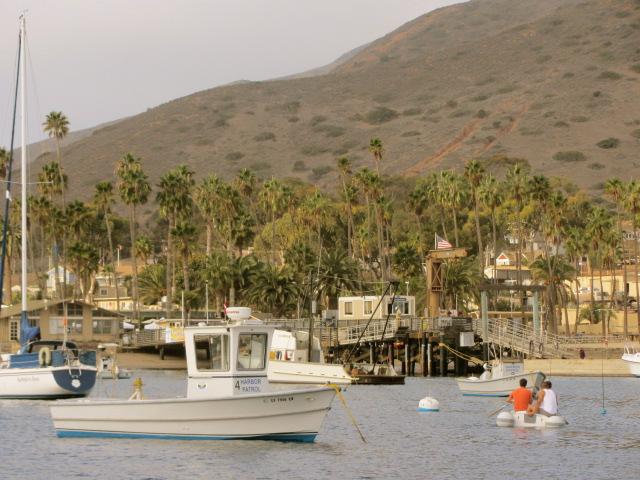 It's a spectacular place to paddle. The ocean was a glorious blue-one that will be with me forever. We saw a blue whale, and a
couple of pods of Dolphins along the way. I recommend everyone to put this race on their bucket list-do it!!! 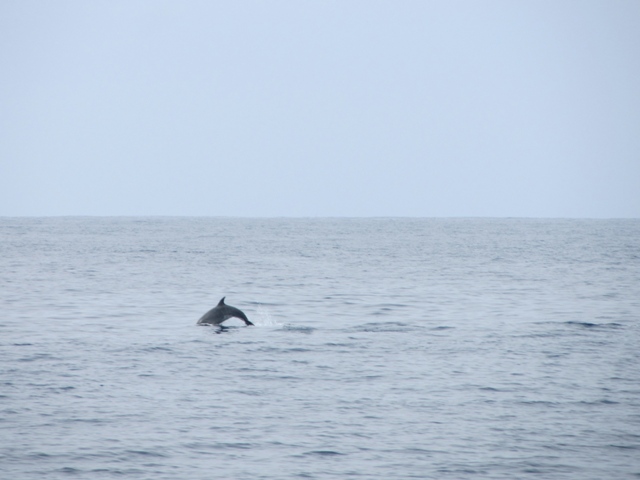