34 year old Joshua Sivarajah from Cambridge, England is two weeks into a roughly three-month trip down the Danube river with his dog Nero. A unique challenge which has never been done before but Joshua is neither doing it for a cause or as a sports exploit but rather in his own time and for the love of life. Interview with a true adventurer. 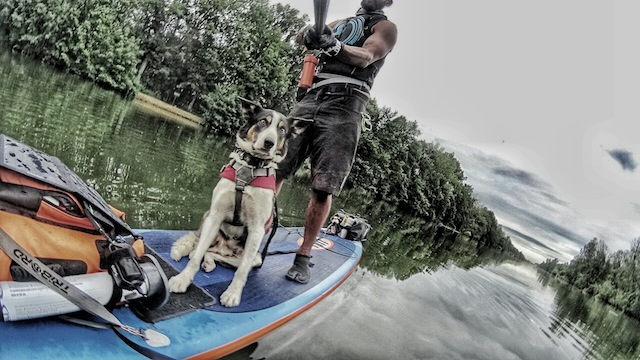 Who are you? Where are you from? What do you do as a job and why you are doing this?

I’m Joshua Sivarajah, I am 34 years old and grew up in Cambridge, England. More recently I have been living on the south coast of England in Bournemouth. Both places are some of the most beautiful on the English Isles. I travel full time now. Previously I worked for myself. I had a sales company but was never really satisfied with the way my life was. I was driven more by the need for material goods than what I would now count as the important things in my life. Personal time and development, friends and family and seeing the world before I am too old to use my legs! This is my second expedition this year and the third I will have completed in 14 months. Covering 17 countries on just one continent. It will also be the most challenging to date. We have such a short time on this beautiful earth and there is so much to see. When I started travelling it was very much a personal journey and it still is. However now I realize that sharing my experiences with the world is just as important as living them for myself in the moment. 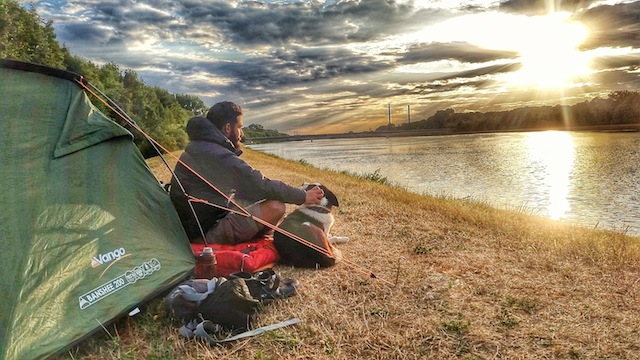 What is your sports background? Have you been practising Stand Up Paddle for long?

I grew up camping, mountain biking and was always into extreme sports. I have had many many hobbies. Some of which have stuck with me through my life. My love of sports, the outdoors and photography are probably my three staples. SUP is actually completely new to me. Before setting out on this trip I had maybe completed a whole 10 hours on a board! I love showing people anything is possible.

How long have you planned your journey to take ?

I imagine the trip taking around three months although this could end up being longer. Having now been on the water for two weeks I have realized it is far more important to let my body decide how far we should travel each day and also factor in rest days too. Without these as I have already found out I simply stop working and my body says “no more!” It’s also important to me to appreciate the world around this river. Its cultures and languages. The architecture and the nature. Simply doing it for the sake of doing it would be….more negative than positive to me.

What’s the finish point of your journey?

The black sea. There are a choice of three routes at the Delta and we have yet to decide on which one to take although I am swaying towards the most westerly one.

Where do you sleep along the way?

I free camp along the rivers edge. You do not always have to stay at regulated campsites when you are camping. I carry solar panels and am completely self-sufficient. 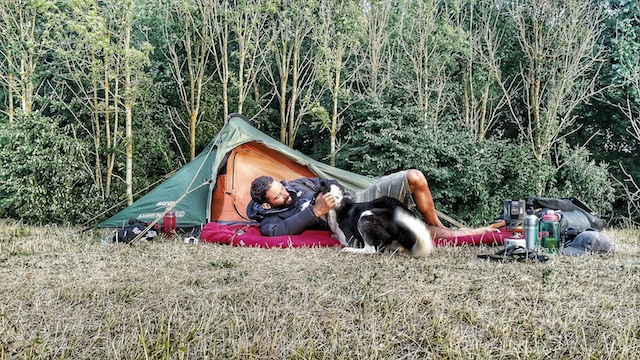 Are you completely on your own with your dog then? What are the logistics involved?

It’s just me and Nero. We carry 50kg worth of gear and stop for food every three days or so. We are traveling on a custom made inflatable board made by ULI in California. It’s a 14ft touring board from their new life series. It weighs 16kg and is reinforced with two strips of Kevlar. 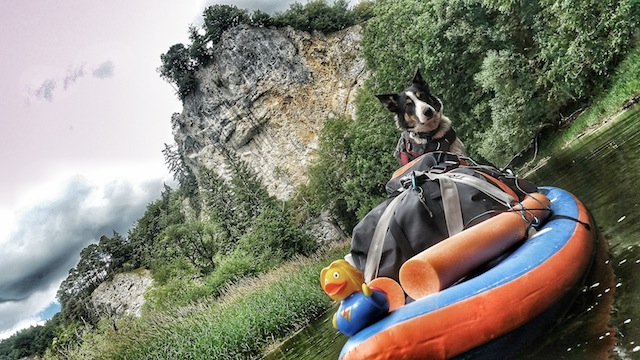 Why did you choose to descend the Danube in particular?

No one has ever traveled by sup from the source of the Danube to the Sea. They have come close but not completed the whole thing. I think it’s also important to show people the beauty that surrounds us here in Europe. It is also one of Europe’s most important waterways. Both environmentally and also logistically for water supply and shipment around Europe.

Have you completed other such challenges in the past ?

My two previous expeditions where by bike. One around the Uk which was the first last year. We did a total of 4500km over 4 and a half months. My second trip was from England to south Portugal. We covered France, Spain and Portugal on that trip form March of this year to July. This is my first SUP expedition but it will not be our last. So far it has been one of the hardest things I have attempted. We have plans for the Mississipi and Missouri next year.

Are you embracing this challenge as part of a fundraising campaign or a particular cause that you support ?

Fundraising is not what inspires me. As well as my own personal journey I aim to show others that there can be much more to life. My mission is to inspire in whatever way I can.

Is anyone waiting for you at the finish line?

No one at present will be at the finish but who knows. It’s a few weeks away yet! 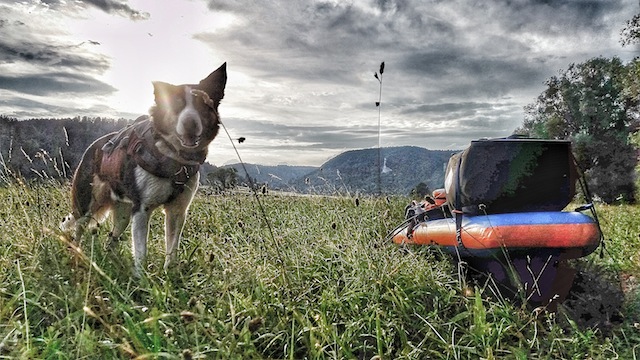