On January 26, 2019, be part of the 9th edition of Ze Race, France’s longest downwind in beautiful Guadeloupe, one of the French Caribbean islands.

ZE RACE is open to Stand Up Paddle (SUP and SUP Foil), Outriggers Canoes, Surfskis and Prones Paddleboard, both amateur and professional, and can be solo or in teams of 2 or 3.
To make things worse, the solos perform the race in self-sufficiency in water and food.

In parallel, the same day, a Mini ZE RACE of 5 km will be organized for the young and the beginners.

ZE RACE attracts more and more competitors, amateurs and professionals, national and international. In addition to the regular Guadeloupe and Martinique competitors, ZE RACE has already had the pleasure of receiving many top competitors as for example :

– The Mini Ze Race, a 5km race open for children, in SUP, kayak, outrigger canoe, prone, will see its start in the Datcha Beach in Gosier and the finish line will be on the same place as the 50km course.
Information and registration with Olivier Tanton: [email protected] and +590 690 72 58 57

– ZE RACE 2019 opens again to kitefoils. The Kitefoilers will start from Saint-François, will make a first run to Petite Terre, then a second run to the same finish site as Paddle competitors. Infos and registration to [email protected]

Transport of boards ZE RACE 2019:
SET CARGO, partner of ZE RACE 2019, manages the transport logistics of the competitors’ boards coming from metropolitan France. To benefit from this, please contact Romuald by e-mail at [email protected] or by phone: +33 7 67 57 72 52 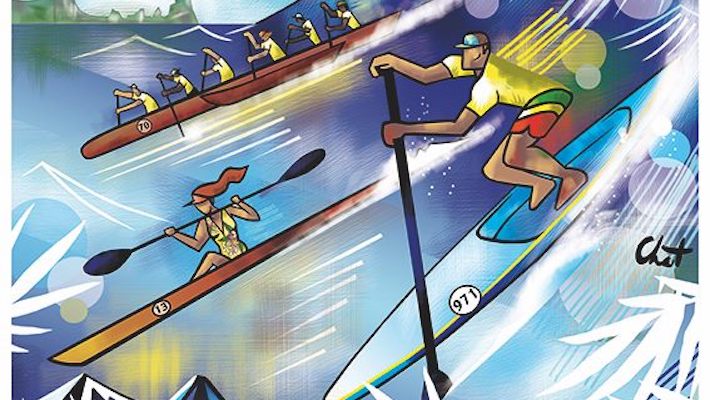