The iconic bay of Villefranche-sur-Mer on the French Riviera hosted during the 24th and 25th of March the inaugural Villefranche Paddle / French Cup of racing in amazing weather and surf conditions as some of France and Europe finest paddlers battled hard for the coveted first place of this Paddle League Regional Event. The in-form paddler of the week-end was Martin Vitry the SIC Maui rider who won both elite races, while Fanny Tessier won the distance race and Ines Blatge who was recently signed by Oxbow SUP, won the technical race (and overall ranking). 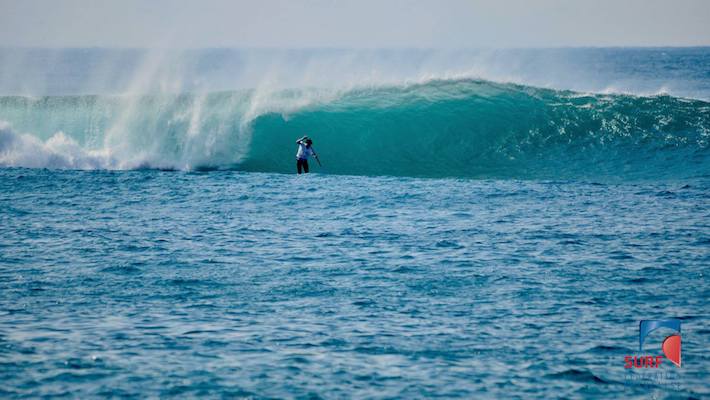 An iconic location on the French Riviera for a SUP event

Considered as one of the most beautiful bays of Mediterranean, the iconic Bay of Villefranche is a dreamy location for stand-up paddle boarding. Usually quiet and peaceful, it was this week-end a completely different atmosphere with strong winds, backwash, epic waves, and sun all day long. Hundreds of competitors of all levels and ages gathered on the “Plage des Marinières” for an epic week-end of racing including : 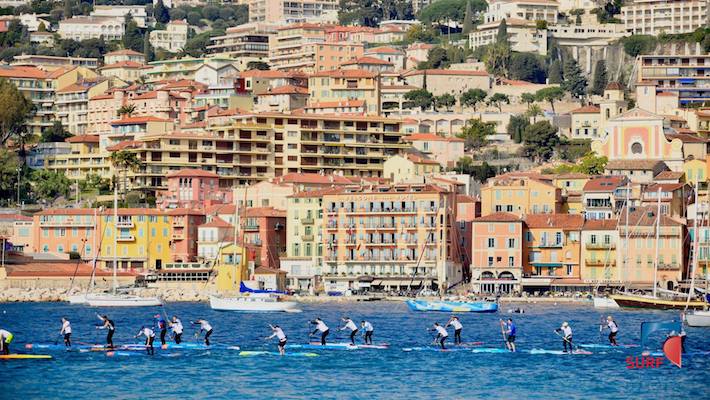 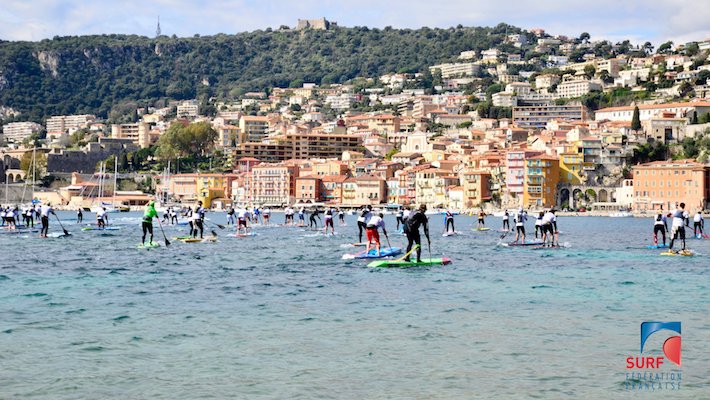 Sun and strong breezes for the Distance Race

The distance race started in perfect conditions with sun and 10 knots of wind, but quickly changed with 15 to 20 knots breeze for a challenging 6 or 9 miles race. With a hundred of competitors on the startline, the fastest group to break away was led by the Italian powerhouse Federico Esposito, closely followed by Tom Auber, Martin Vitry and Paul-Conrad Delaere. In the end it was Martin Vitry who made the most of the bumpy conditions to glide away from the others and take on the first victory of the week-end. Not too far behind, Federico Esposito stayed strong in second place, with Tom Auber a little behind in third,and Denis Llorens and Paul-Conrad Delaere to close the top five. 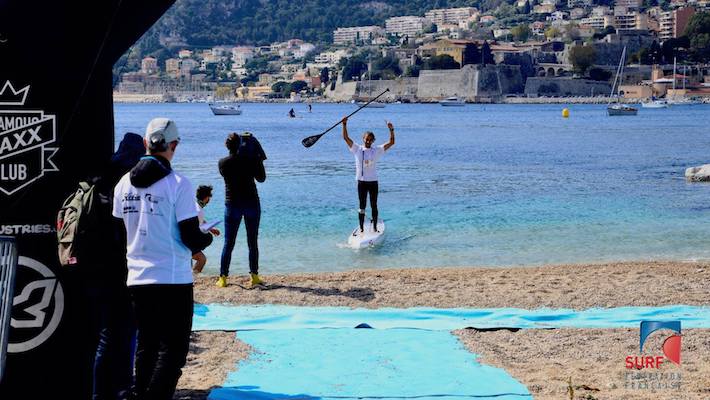 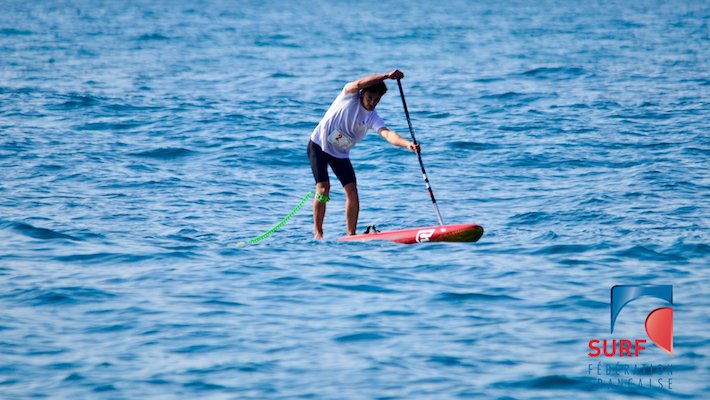 In the women’s field, with the absence of the injured local favorite Melanie Lafenetre : Chiara Nordio, Ines Blatge and Fanny Tessier fought for the first spot. Fanny crossed the line in first and signed her first victory on a European race, in front of Ines in second place and Chiara in third place. Cecile Jan and Sandrine Berthe finished fourth and fifth. 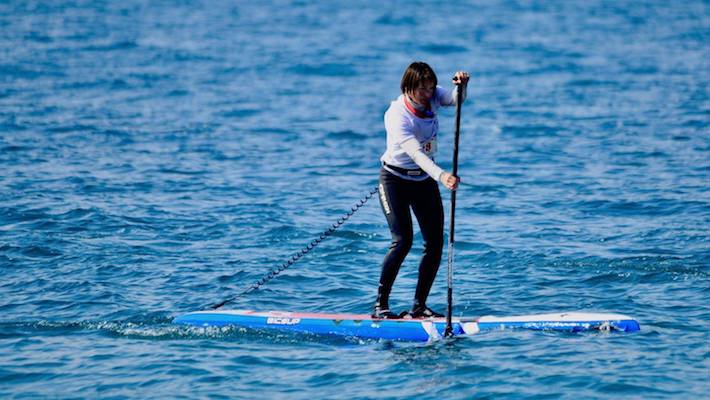 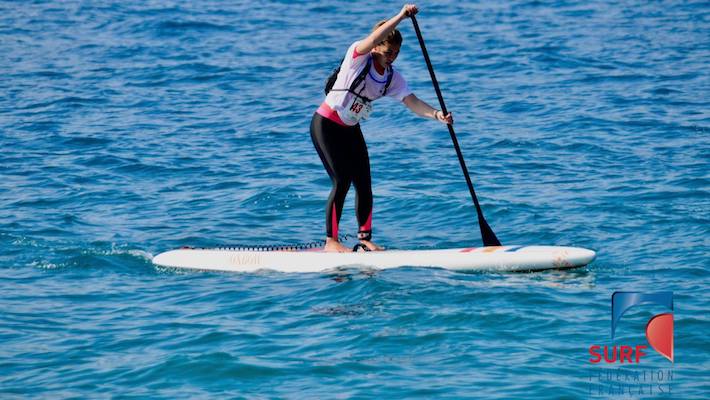 Wipeouts and crazy glides on the Elite Surf Race

On Sunday, despite a light surf forecast, the secret surf spot of Villefranche-sur-Mer woke up for a magical yet anthological Surf Race with 5ft+ set waves. The race director Martin Letourneur designed a race map including a beach start, and 3 laps with one leg in and out on the waves, one run on the beach with the board and several buoy turns at each lap before crossing a virtual finish line on the water. Inspired by his success on the distance race, Martin Vitry was the first to enter the surf zone and to take a wave, allowing him a little gap on the field that he was able to keep until the finish line. Tom Auber battled once again with Federico and Paul-Conrad, as they respectively ended up 2nd, 3rd and 4th. This time, young Yanis Maire rounded up the top 5. Disappointed after her second place on the distance race, Ines Blatge started strong and made the most of the waves to claim her first success against a European field. The young Italian champion Chiara Nordio crossed the line in second while Fanny Tessier placed third and lose the overall victory. This time, Sandrine Berthe and Siri Schubert rounded up the women’s top five. 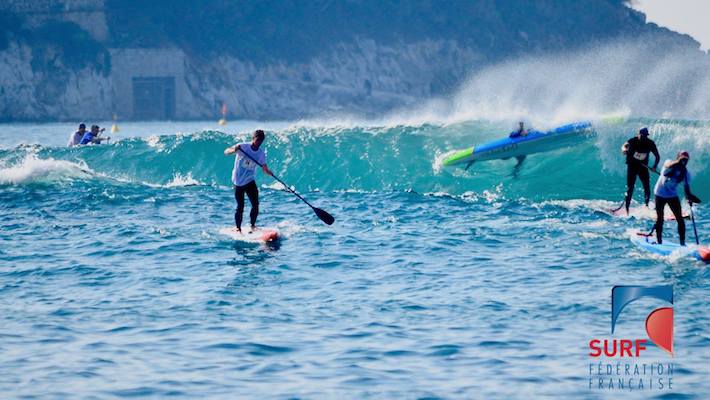 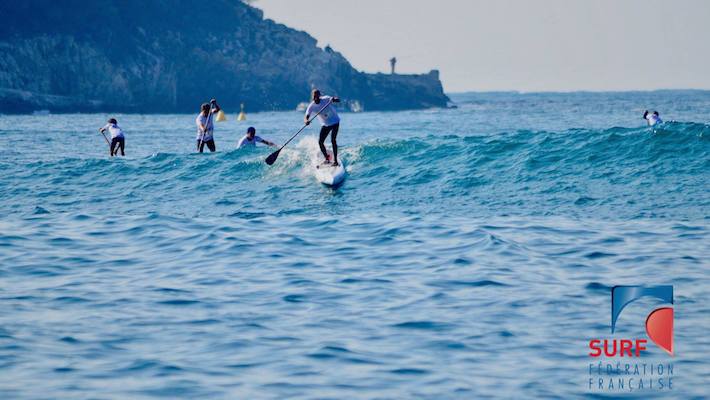 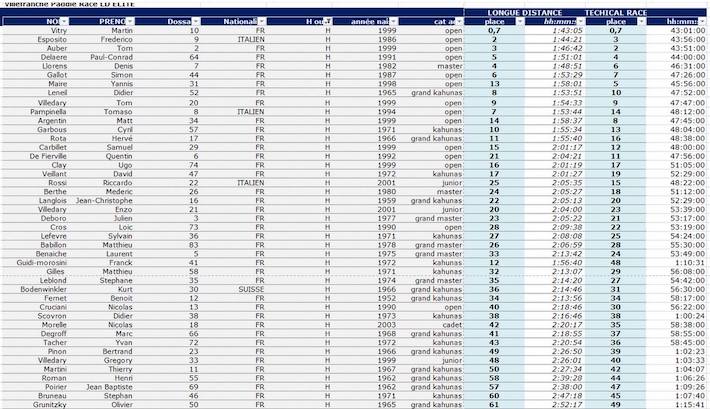 Building the future of SUP with the Hobie Kid’s Race

On Sunday afternoon, a dozen of really stoked kids from 8 to 14 years old participated at the Kids Race by Hobie, right in front of the event site, all the spectators and just before the award ceremony. The kids all showed impressive balance skills on the boards and passion during the 300 meters race with 3 buoy turns. They were split in 3 groups with the first two kids accessing the big final, and the two other ones going to the consolation final. There were particularly three kids who really stood out from the others : Hugo Babillon, Jules Umani and Theo Croisier, keep these names in mind as you might see them on the big stages in a few years! 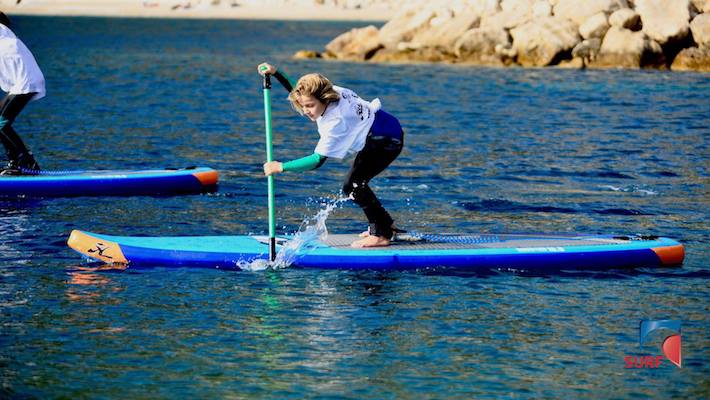 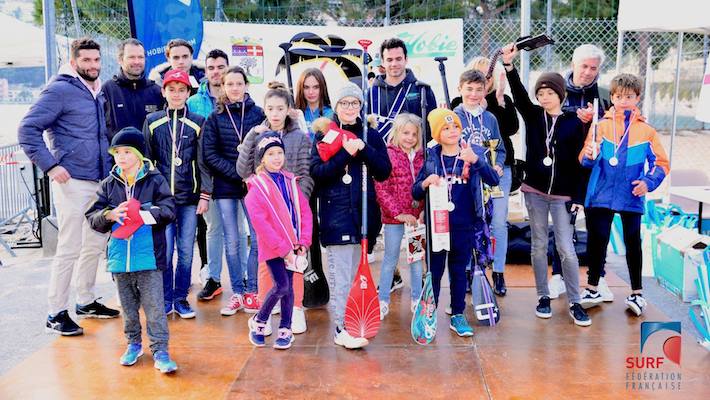 Martin Letourneur : “We don’t pay enough attention to the kids in France and I wanted in the event to develop a fun, safe and adapted race format for them. Hobie Cat Europe helped us a lot by providing the boards, paddles, leashes and PFDs for each kid. In the end, they all got a medal and a prize for their performance” 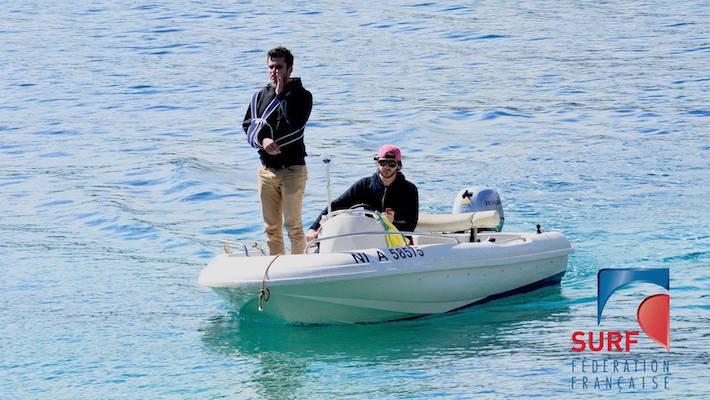