Who said first at the first buoy wins the race? Here is Titouan Puyo‘s super slow start at the Carolina Cup 2016 broken down in 7 images picked from the Aerial Images ILM /SUP Racer footage. Resilience or Strategy? At the end of the day, Titouan Puyo was the winner of one of the top international SUP races of the year. 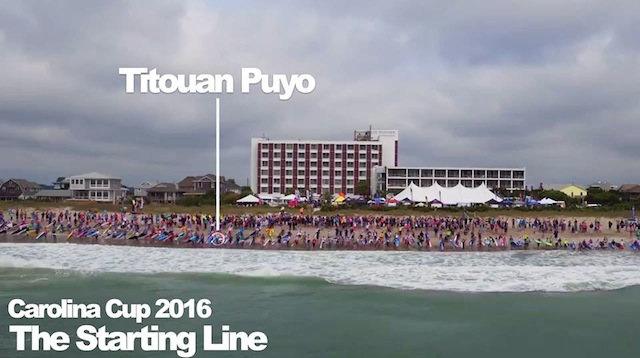 2. While everyone is sprinting into the ocean, Titouan starts with a little jog taking his time to assess the breaking waves and decides to save his energy for a little bit later. On this picture 10 competitors are already beyond the shorebreak while Titouan is still lost in the mix. 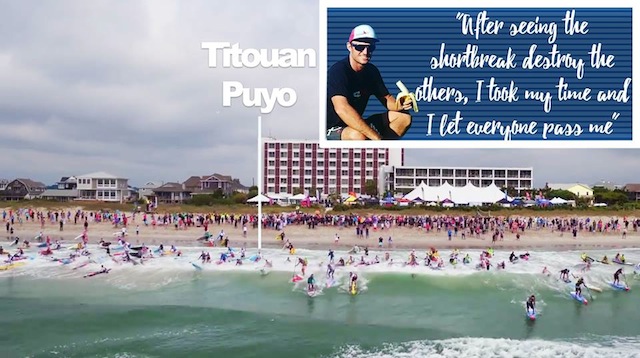 3. Gear 2. This is really the starting point of Titouan’s effort. Right after passing the shorebreak, Titouan Puyo is in 43th position. On this picture 33 riders are ahead of Titouan while 9 others led by Chuck Glynn, Beau O’Brian and Travis Grant are already reaching the first buoy. 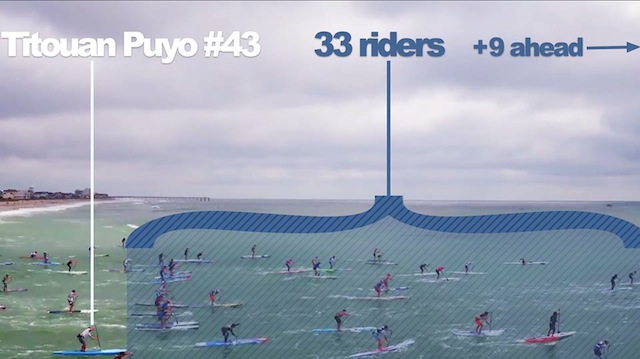 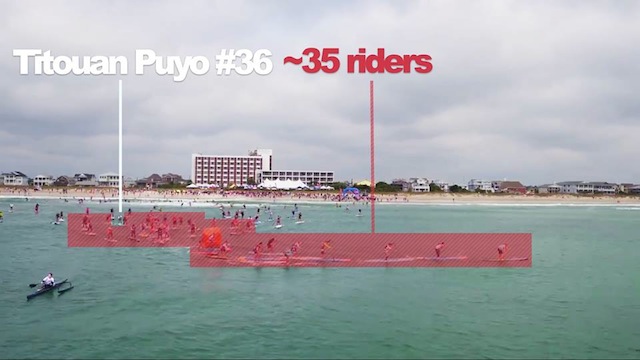 5. And keeping a clear mind too. Titouan Puyo opts for an outside line…. 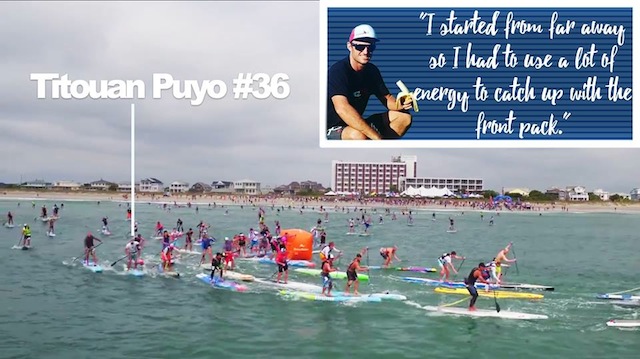 6. … which pays off. A few seconds later, and he has already in 21st position, far away from the draft line and the big chop that goes with it. At that time, Titouan only has 1 goal in mind, catching up the front pack before the buoy which turns into a 400m downwind to the inlet. Job done. 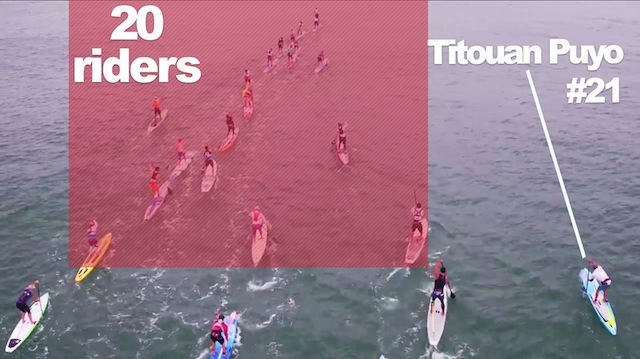 7. The rest is history: Titouan Puyo wins the 2016 Carolina Cup 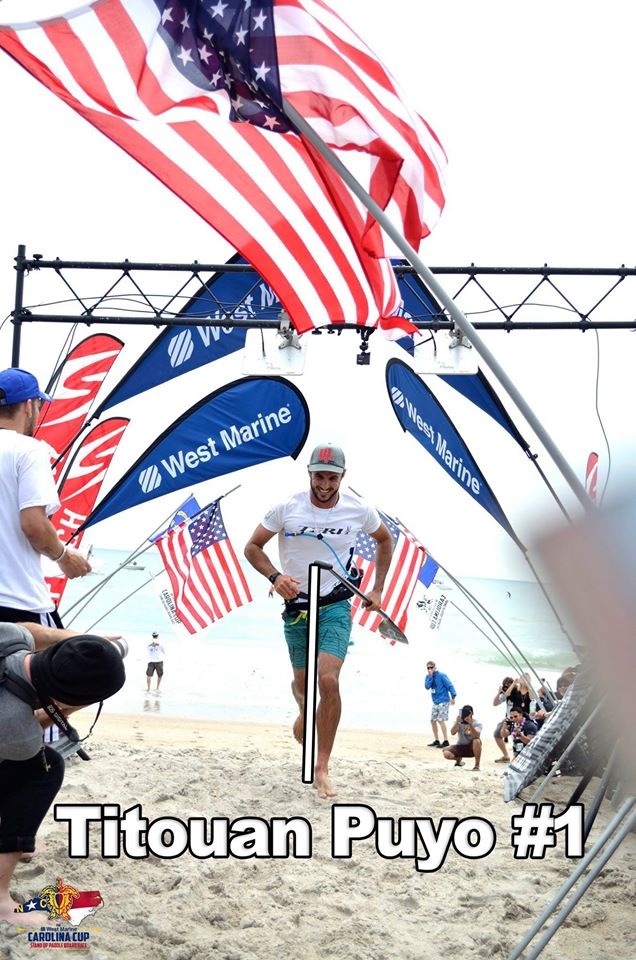