Defending Ultimate Waterman Champion Daniel Kereopa (NZL) has stormed back in to title contention with a win in the shortboard discipline held in Fiordland on Thursday (17th March). 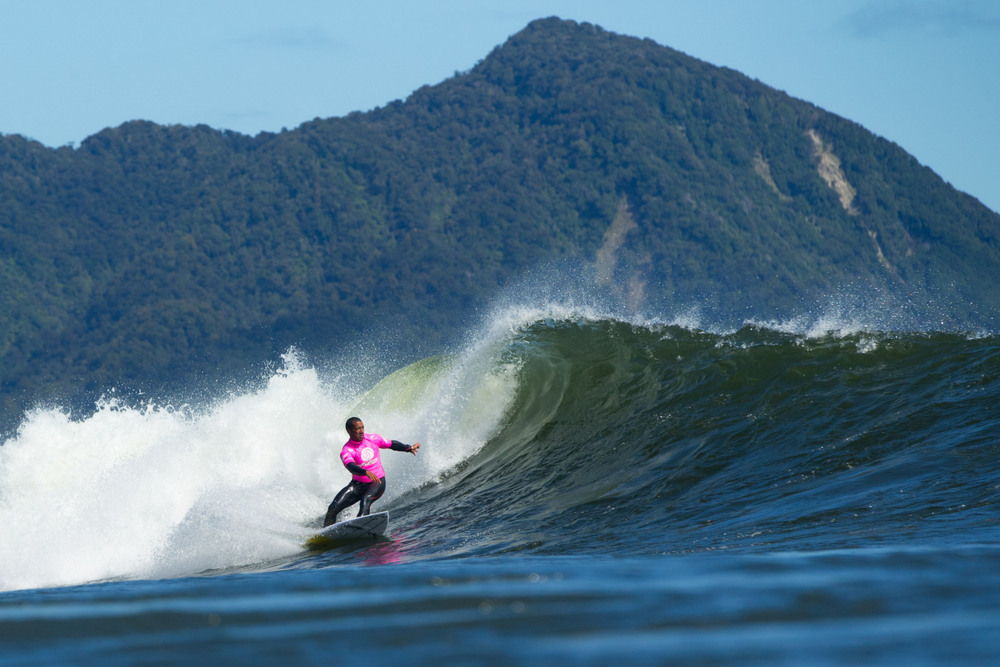 The clean 1.5m lefthand river bar in the Fiordland area provided the perfect platform for high performance surfing throughout the day.

After a slow start to the event which has been hampered by injury, Kereopa claimed his first discipline over Australian Mark Visser.

Visser, by way of his runner up finish, has jumped in to the overall points lead relegating Danny Ching (USA) to second place.

Kereopa was unstoppable in the final posting an 18.07 point heat total out of a possible 20 points despite talking about the pressure building on him to perform at this event.

“I had to change my perspective of the whole event and get some fun back in to the competition side of things” said Kereopa and his strategy clearly worked.

“I think I am back in the race but Zane (Schweitzer) is looking really good with the consistent results he has had.  It is going to be an interesting last three days, if Zane wins the longboard, he will be impossible to catch up” Kereopa added.

The shortboard discipline held in Fiordland was a trip. Crazy heli ride in, full beach hangs and some cracking surfing going down taken out by defending Ultimate Waterman @dk_surfing. @mark__visser finished runner up and took the overall lead! @zaniac1 finals again with Tahitian @dmanoa in fourth. #theultimatewaterman @purenewzealand @redbulltv �� @damon_meade and @guy__mac

The longboard discipline is shaping to be the pivotal moment of the event with both Schweitzer and Kereopa targeting it as a double whammy discipline.

Prior to the event, athletes selected one discipline where they can score double points – their double whammy discipline and one that they feel they are the strongest in or have the best chance of winning.

Kereopa kicked off the final with an excellent 8.17 point ride but that was eclipsed late in the one hour final by scores of 9.10 and an 8.97.

Visser briefly had Kereopa in his sights with a 14.10 point heat total midway through the final but when Kereopa posted his final two scores, Visser was left requiring a two-wave combination to catch him.

It is Visser’s second runner up finish after he placed second in the prone paddleboard race held on Sunday. 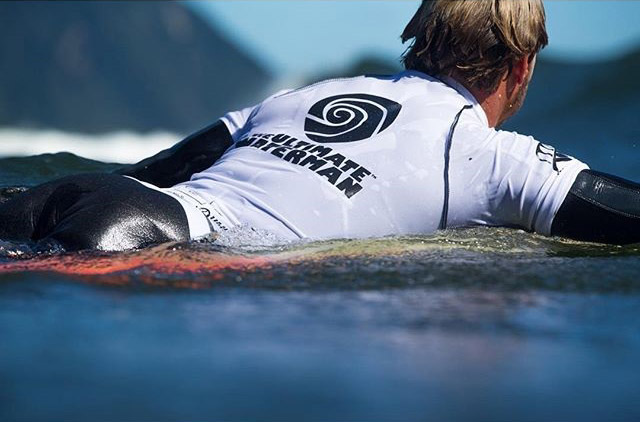 Zane Schweitzer secured a top three finish for the third consecutive discipline finishing in third place and keeping his momentum going as he guns for the title.

Placing fourth in the final was Tahitian Manoa Drollet who showed glimpses of brilliance during the day but came up short in the final.

Forecasts for the final day of surfing point toward a small swell on the West Coast of the North Island.  Prevailing northeast winds will make conditions clean with a decreasing 1.5m swell predicted.

With the surfing leg of the event coming to a close and no big swells forecast, the Big Wave discipline will not take place in 2016.  That reduces the number of counting disciplines to seven. 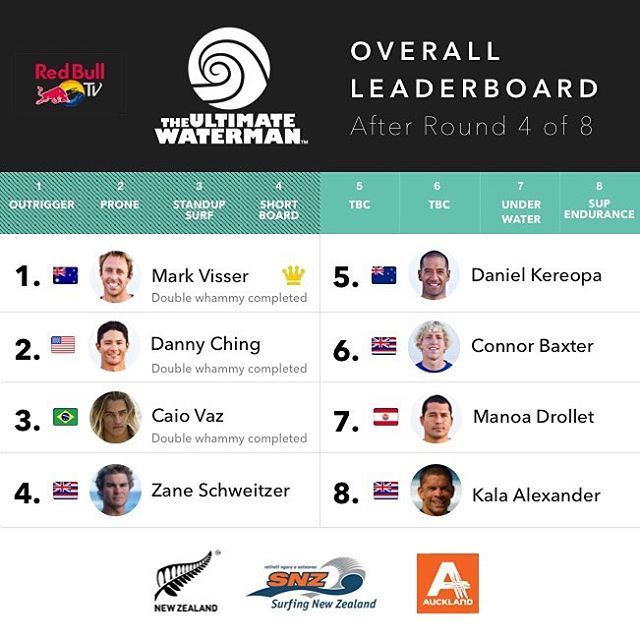