The Celtic Cup, a new SUP race event part of the Euro Tour, is the brain child of Glenn Eldridge, owner of the Ocean Sports Centre in Carbis Bay, St’Ives. We interviewed Glenn only a few hours ahead of the event…

Hello Glenn, could you introduce yourself to the TotalSUP community? 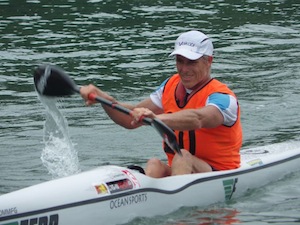 Glenn Eldridge: My background is in paddle sports racing for GB at seven world championships in the sports of surf ironman, spring kayak and ocean ski. It is from these experiences that I formed Ocean Sports to develop paddlesports in the UK and hosting international events such as the St Ives Bay Celtic Cup for the Euro tour is one way to help promote the sport of SUP. Paddle sports and the ocean are my passion almost more so than my family (but not quite) – while we have event partners who are providing amazing prizes for the event. However we do not have an event sponsor which means the cash prize for the Euro tour is funded by ourselves, which is a little stressful.

What being part of the Euro Tour means ?

Glenn Eldridge: Being part of the Euro tour is immense, never before has a gathering of the worlds best competed in the UK. We had the guys and girls down last night on the beach and it was a real pleasure to watch everyone paddle out not just on SUP’s but in our Hawaiian outriggers. 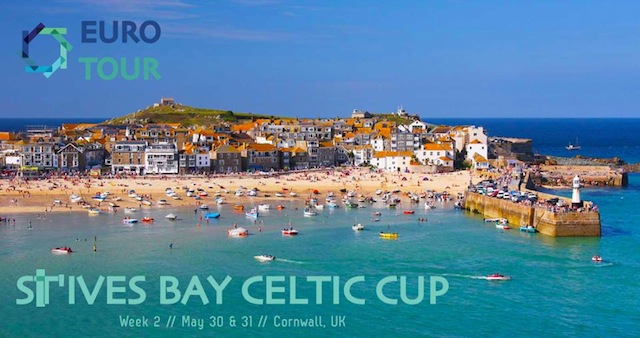 What big names are racing the Celtic Cup this week-end? 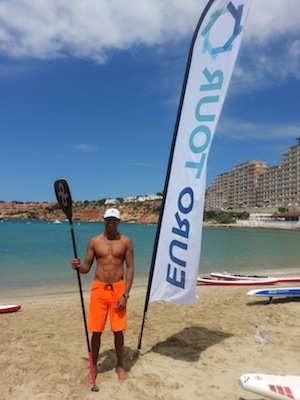 Glenn Eldridge: In the Men's, Connor Baxter the recent technical race ISA world champion, Fernando Stalla from Mexico (see picture right) , Paolo Marconi from Italy will be among our international visitors. The three of them took part in the Port Adriano race in Mallorca last week-end as part of the Euro Tour and are doing the full Euro Tour. Oliver Shilston, from team GB is also coming.
In the women's, Fiona Wylde from Hood River, Oregon, who was signed by Starboard this year. Susak Molinero who finished 2nd last week-end behind Sonni Honscheid in Mallorca and Marie Buchanan from team GB.

Worth mentioning that one of the highlifghts of the week-end is the paddle clinic we have organized with Jim Terrell, the founder of QuickBlades. 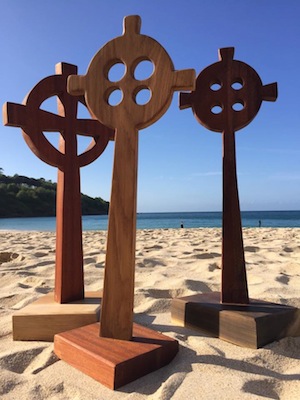 How big is SUP in Cornwall?

Glenn Eldridge: SUP is growing rapidly in Cornwall more in terms of recreational cruising than anything. There are some surfers but most either paddle for leisure with a small handful racing. We run the Ocean Sports Club which gets kids and adults out on the water in Hawaiian Canoes, SUP’s and kayaks and we have seen a real surge of interest this year. For use it helps that we provide grass roots participation all the way through to the elite either want to paddle for fitness or race.

TotalSUP: Thank you Glenn and good luck for the event !