In 2007, Jay SUP Manning put together the very first Santa SUP parade in the south of England. Nine years on and the Christmas get-together has become an iconic event and SUP Santas have spread all over the world. Jay tells TotalSUP how it all started!

In 2007, there were only four of us. We thought it would be cool to get a bit festive and with SUP being such new sport, what a great way to promote it and to throw some jingle festivities in. With social media on its early days it was a super great idea … and it worked plenty! The social media response was huge and ever since I have pushed it harder every christmas. 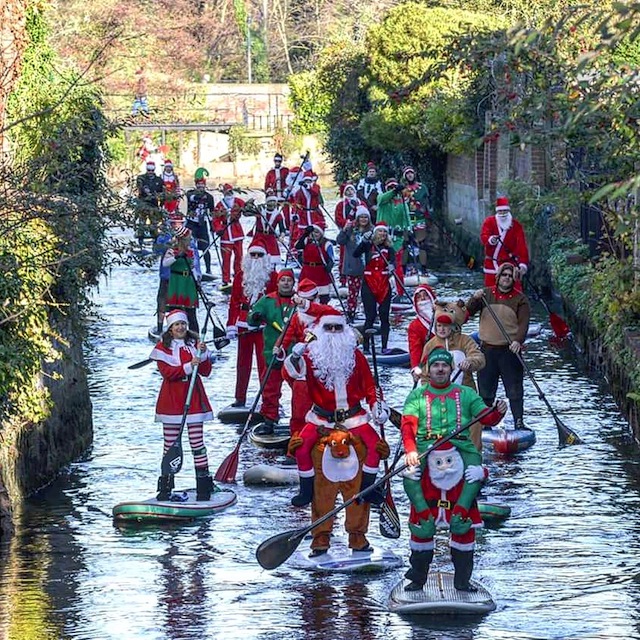 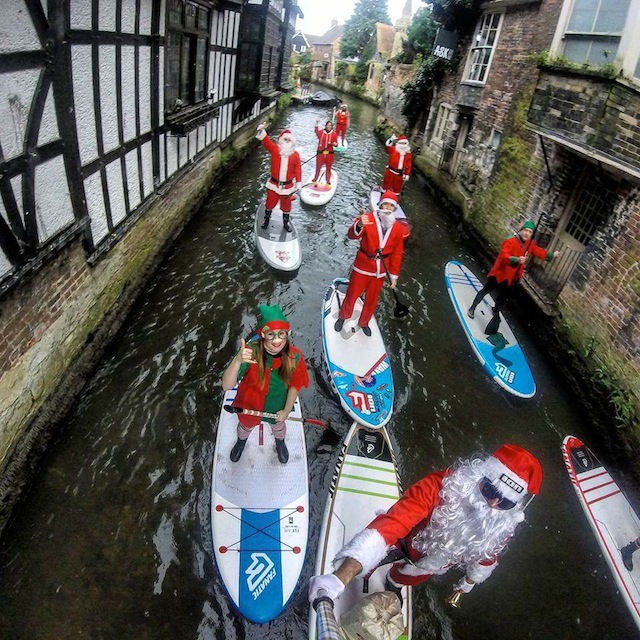 The build up around the Chrismas parades have worked so well, now tens 0f paddlers want to join and the Santa SUP tour gets merrier. In the last 3 years I have been using Canterbury, England as the event location with iconic waterways and many historic buildings and landmarks in the back drop.

This year, it has gone beyond what I was expecting in numbers, with more than 50 riders joining from all over the country as well as local paddlers. Also, being in the middle of a big city means plenty of audience to work with, which means even more fun! 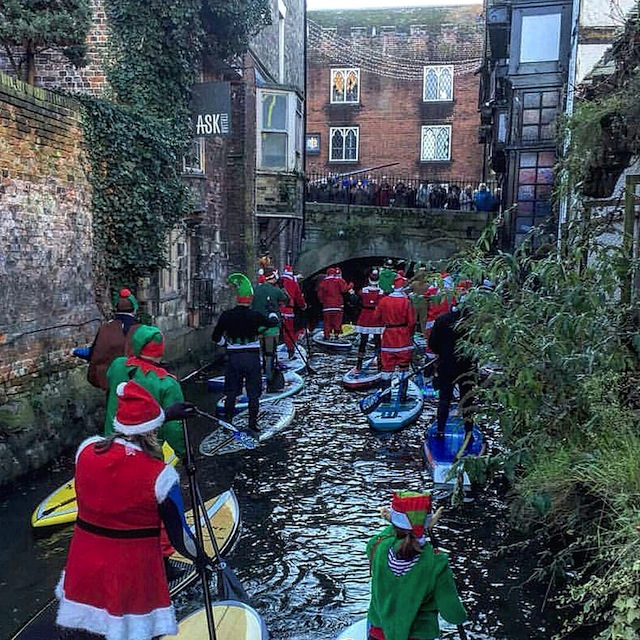 I believe my Santa SUP has given other clubs around the UK some grounds to promote SUP while giving out a Christmas vibe to it. I also think next year we will need to move to a bigger location. I will be working on it and would like to get a charity involved too.