Having taken up SUP for the first time in Italy in 2011, Susak Molinero has gradually climbed the ladder to become a formidable Iberian SUP rider on the international circuit. PPG, ISA World Championship, Euro Tour, Molinero has really done the rounds, and she has garnered some impressive wins and some very honorable mentions in the process. Among her most recent accolades is placing 11th overall in the women’s category at the Pacific Paddle Games 2017 in Dana Point, but she is quick to point out that she won’t be stopping there. At the end of a taxing season, we caught up with the indomitable Spaniard on one of her rare moments of down time to gather her perspective on both her recent performances and her proudest moments, and to see what else she has in store for us over the coming months. 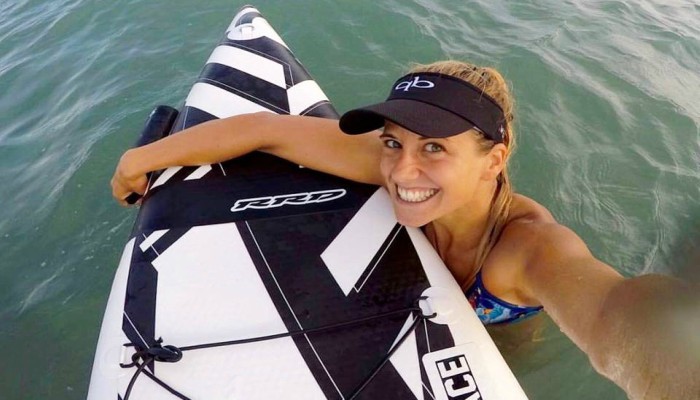 Susak Molinero, you recently achieved the very respectable 11th place overall at the 2017 Pacific Paddle Games. How do you feel about your performance?

It’s always a really good experience to be part of the PPG with the world’s best. I improved on my result from last year, but I think I’m still plugging away and I think I can do better again. Perhaps next year!

The PPG were the culmination of a very long season, so, needless to say, I’m pretty tired at the minute! I’m really pleased with how things went overall. You always learn something from these experiences and it pushes you to go further. 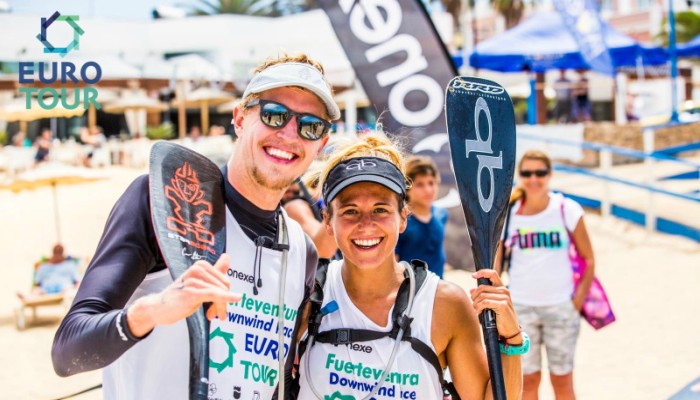 Both of them were super interesting and exciting! At the ISA World Championship, there is a lot of emotion that goes with the national pride on display, and all the energy that the different teams bring. As for the PPG, it’s such a particular atmosphere. When I’m there, I feel I’m part of something really big. It’s like being at the Super Bowl of SUP, or something to that effect! 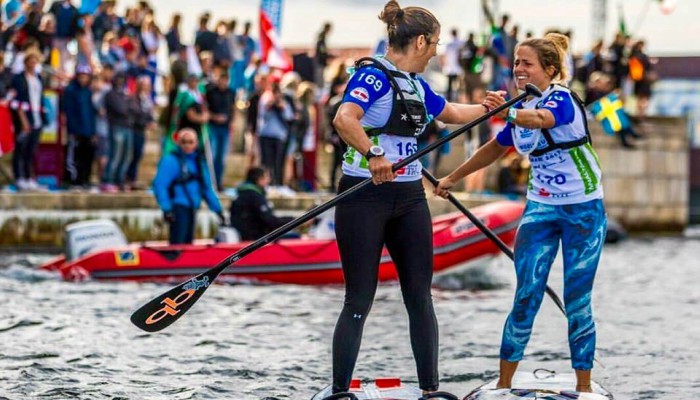 Can you tell us about some of the high points in your SUP career so far? What titles have you won, and what achievements are you most proud of?

The first time that I won the Spanish Championship in 2015 was so special for me. To get a title like that at national level feels really great!

I also have very fond memories of placing 1st in the Oxene Fuerteventura Downwind Race this summer. I also landed second place at the San Sebastián Paddle Tour, which was super cool, and 1st place at the Nautic SUP Paris Crossing. That last one was made all the more special because my parents were there. 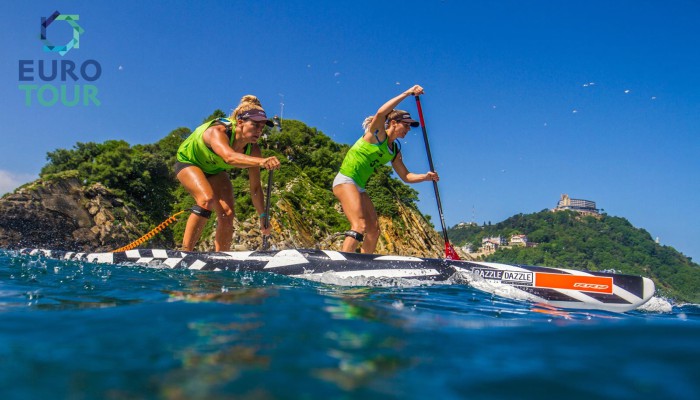 With this year’s PPG now behind you, what are your main goals and objectives over the coming weeks and months?

It’s definitely been a bit of a gruelling season. Lots of training, preparation and competing, and ultimately, it’s been so rewarding. But now I’ll take a bit of a rest I think. Then I’ll get back into training again very seriously. I find it hard to sit still. It’s almost impossible for me to not go out with my SUP board, even on days that I’m supposed to be “resting”.

I’m hoping to catch a good swell at home, followed by some weeks in the Canary Islands, where I want to work on my racing performance skills with the waves there. One thing I’m really looking forward to again is riding down the Seine again in beautiful Paris in December! 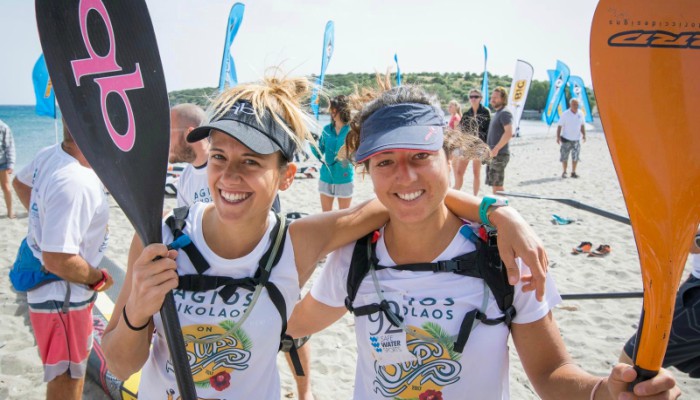 Do you currently work with any sponsors? Which brands make your preferred equipment and why?

Yes, I have a couple of sponsors at the minute. My main sponsor is RRD, Roberto Ricci Designs. They’ve recently really started pushing their SUP racing stuff, and they have some really high-quality equipment. It’s a big brand and I love it! I’ve also received great help from Quickblade Paddles, VMG Blades and Inkospor (a sports nutrition brand) since 2014. 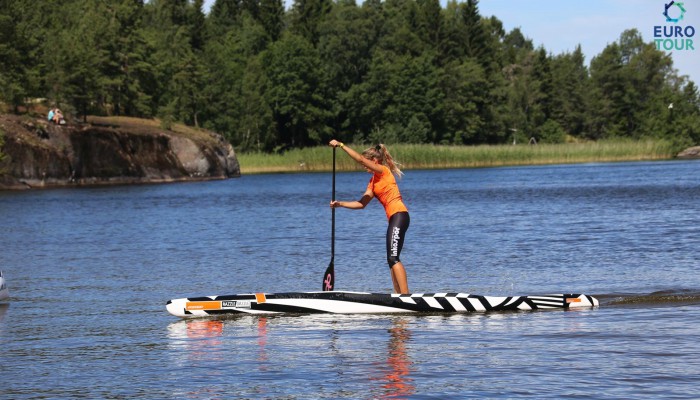 Are there any SUP riders out there who you admire in particular?

There are a lot of athletes in the SUP community who have something in particular that I admire. Whether it be in their performance, their skills or their character and their sportsmanship.

It’s awesome to race alongside such athletes and to learn from them. I really admire Casper Steinfath for his performances, the strides he makes to improve himself and the efforts he makes to improve SUP’s overall visibility as a sport. He’s a real contributor to the world of SUP racing. 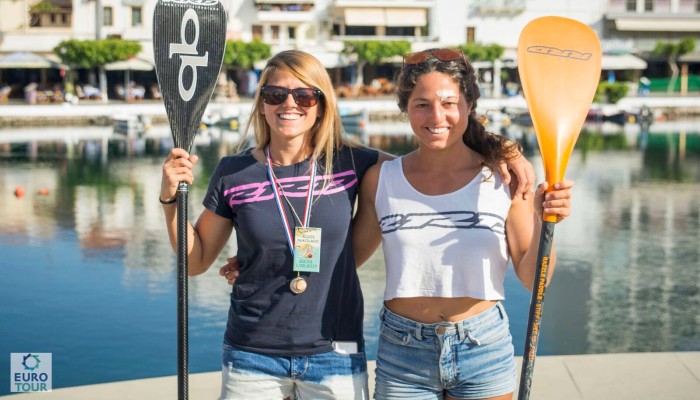 Your partner Paolo Marconi is also a well-known SUP rider. Do you train together? What is your training regime like?

We normally train together, but not all the time. It really depends on our schedule. In any case, when we do train together, I only see him at the start and at the finish! I like when we mix and match our boards sometimes. I’ll take the fastest one to try to keep pace with him, but he always darts off! He’s very fast. 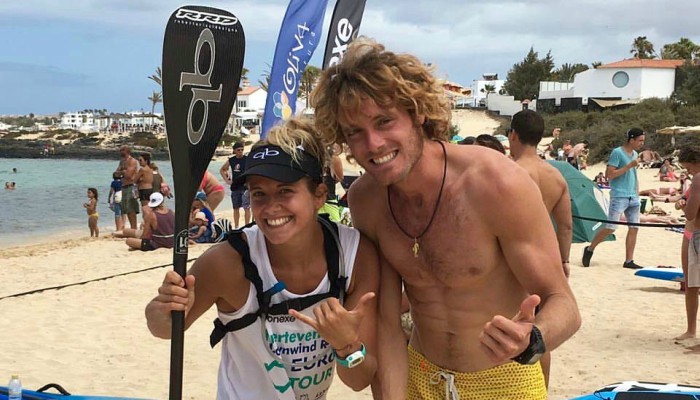 You originally hail from Barcelona, but you live in Italy. How does SUP differ between the two? Is there a more developed SUP community in one compared to the other?

I actually took up paddling in Italy to begin with, back in 2011. At that time, SUP hadn’t really taken off so much in Barcelona or in Italy just yet. Since then, I think the sport’s growth has been exponential. It has really evolved in recent years, and it’s very exciting to be a part of it at this point in its development!

If I had to point out one difference between the wider SUP community in Italy and Spain, it would be the number of children practising the sport. In the Spanish championship, you can see more than 50 kids racing, and I think that’s really cool!

Alongside our stand up paddle school, SUP Salivoli, we are making great efforts to include more people who want to inspire newcomers to get involved and take up SUP racing. This is a really positive step I think! 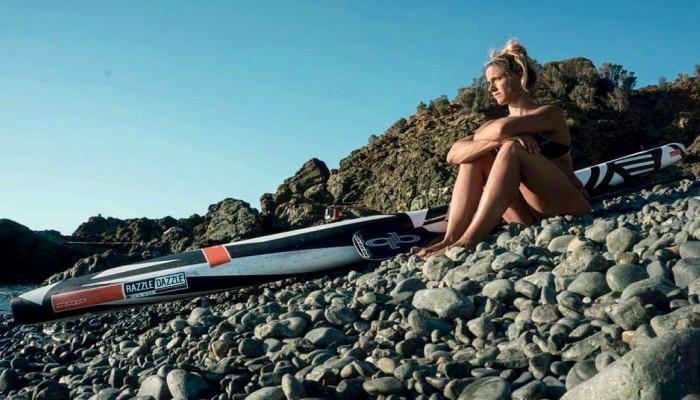