Following a huge win at the Morbihan Paddle Trophy in his home town, Vannes in Britanny, french international rider Gaétan Séné, jumped on a plane and headed to the small american town of Cascade in Idaho to take part to the Payette River Games for the second consecutive year. New race courses, new formats, new adventures! Here is his story over 5 days. 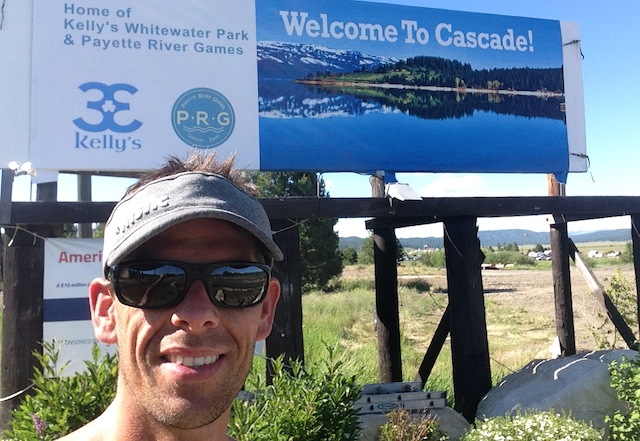 This is the second time I am taking part in the Payette River Games. It is a very special and unique event due, first of all, to its location, its race format and its XXL prize money: $50,000!

Cascade is a little town of around 900 souls – I guees 3 times that if you add the local cows – and is located in a very charming Idaho valley.

Kelly’s Whitewater Park was created as a tribute to a passionate young whitewater sportswoman who died too soon. The park offers a perfect setting for a show à l’américaine, with a big wave to go over, falls and a lot of contact and engagement between riders. The public is very close to the riders and you can hear their shouting at every buoy and tricky part of the race. CBS Sports was also present with a 10 cameramen crew  posted along the race course. Inevitably with a prize money of $ 50,000, lots of top athletes have made the trip and they all want a piece of the pie. 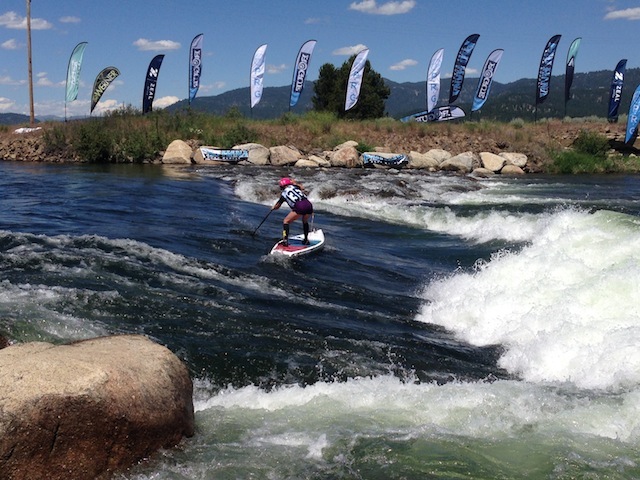 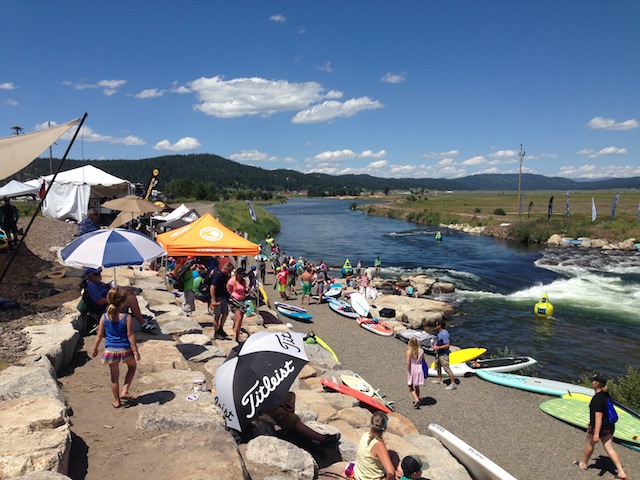 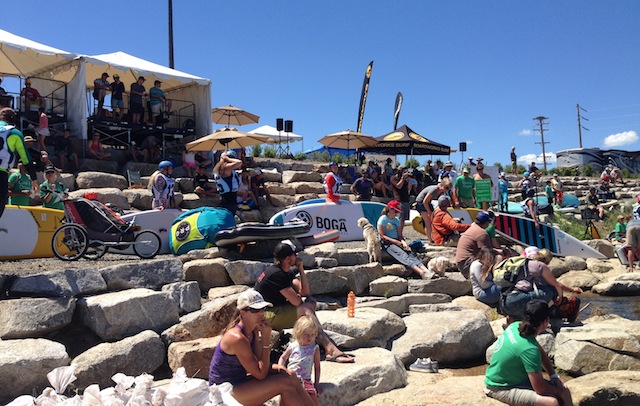 Despite a very intense week-end of racing in Brittany, a SUP Clinic in Paris and a long trip, I actually feel pretty good and full of energy and decide to launch myself on the water straight upon arrival. I do a few runs of the race course and find out that the competition this year is going to be very….mmm…. acrobatic! 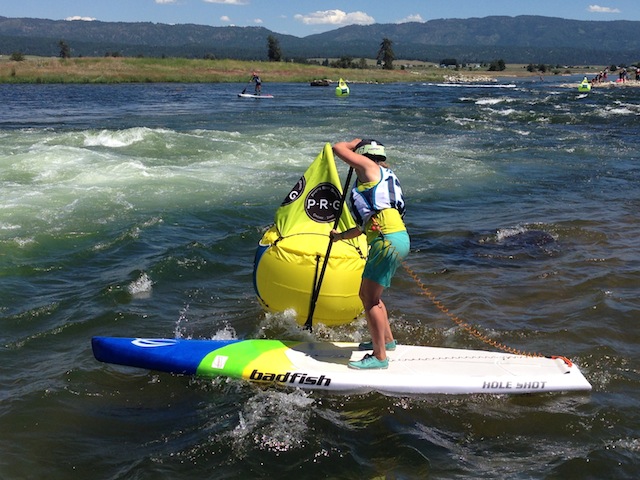 My body has been fast in reminding me quickly that at the end of the day I am not Superman!! Jet Lag, fatigue, sore muscles… I need a forced rest and have to spend the whole day in bed!

The slalom, is a timed race course against the clock during which any mistake can cost you dearly. The two technical runs require a lot of balance and I realize that I am desparately lacking of practice in order to feel comfortable in these conditions.  At the end of the day though, this initial analysis is completely overshadowed by the young hawaiians who compete in whitewater rapids for the first time in their lives!  They have clearly understood the subtilities of the river in no time, they show a great deal of agility, good footwork and a faultless course reading. It’s actually really beautiful to watch and I am impressed.

I get the 17th time in the slalom and qualify for the next round in both events. 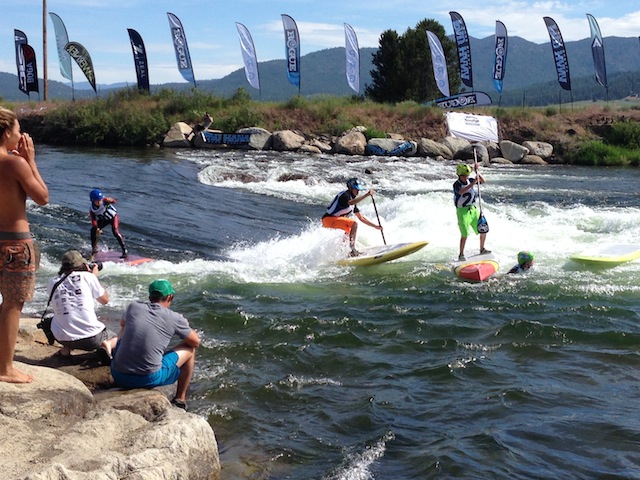 On Saturday, there are a lot more spectators in the stands and the pressure is mounting.  In the slalom I sign the 18th time in the first heat and the 23rd one in the second. End of the slalom event for me since only the best time of the two heats counts and I am not in the Top 20 in order to go to the next round.

In the Xcross, I do 3 runs since I have to go through repechage in order to access the sunday finals. Each heat is composed of 5 to 6 riders who can easily go from 1st to last and vice versa. The public loves it.

Jonas Letieri, a young Brazilian who had his two forearms amputated following an electrical accident, is on the water with a fitted paddle and commands admiration. In one particular series, he arrives last at a very technical buoy and manages to take over everybody playing tightrope walker on his board. Chuck Patterson who was first, tries to catch up with him and the crowd goes wild. The public is up on their feet and the huge cheering for Jonas pushes him down to the finish line as the winner of the heat. An intense emotion submerges the spectators then and also a few seconds later when a Guard of Honor stands up in front of him as he returns to the stands.  The moving standing ovation  and the hugs last several minutes in recoginition of Jonas Letieri’s courage and fighting spirit. 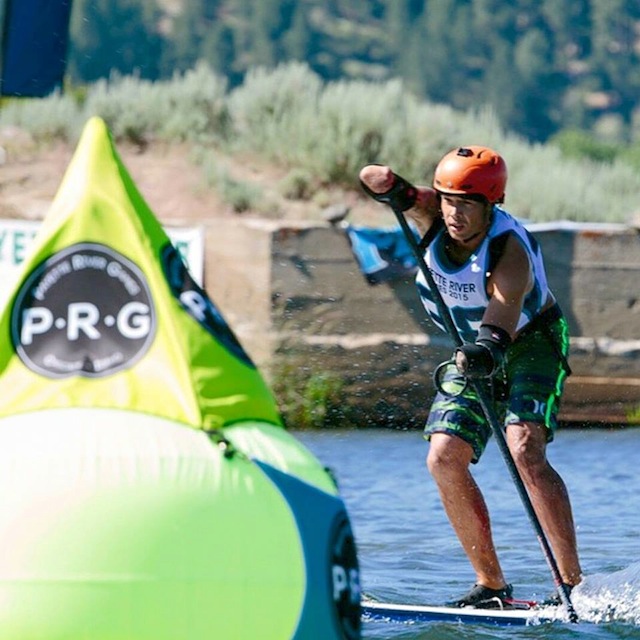 Sunday and it is the last day of the competition. Since I’m not taking part in the Slalom finals, I have a little time to look at the many other activities part of the Payette River Games. Beach volleyball is disconcerting to say the least, notably because of the sandy Bikinis – sorry, no photos to avoid disturbing the reader. Another surprising and fun event to watch is Dog Fetch, a timed contest involving a dog, its owner and a ball. Beach flag, axe throw and dog training follow. 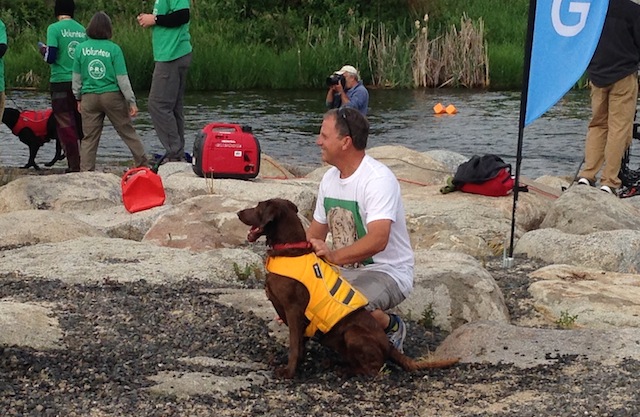 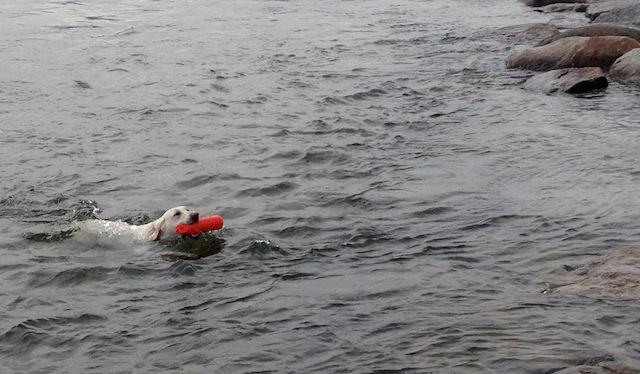 Last but not least, I get to watch the Slalom finals from the stands. The Top 10 racers are really impressive. I am staring at the clock the whole time, hoping that a Starboard team member will manage to shine. And it’s  Zane Schweitzer who does. He wins the first heat on an inflatable board, the only one left at this stage of the competition. Most of the other racers ride composite boards which have been built specifically for this event. 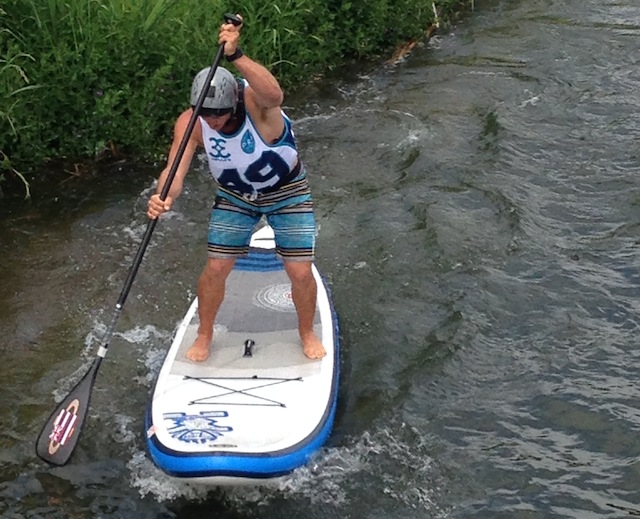 The run is very technical and does not particularly favor the race-shaped and longboard-style SUP boards. However, Mo Freitas and Sean Poynter do an amazing job with these.

In the first heat, I decide to take a fast start in order to be at the forefront but due to the pressure and, more exactly, my clumsiness, I take a dive and go from 2nd to 5th. In the next heat, I decide to use another strategy, let the energetic young ones start fast, and hope I can capitalize on their mistakes, while insuring a smooth handling of the technical parts. That doesn’t work either.  I have to admit defeat as I finish last of both heats in these finals. Once again the young Hawaiian surfers have totally bluffed me, they showed the qualities and adaptability skills that I did not expect from them on this type of playground. 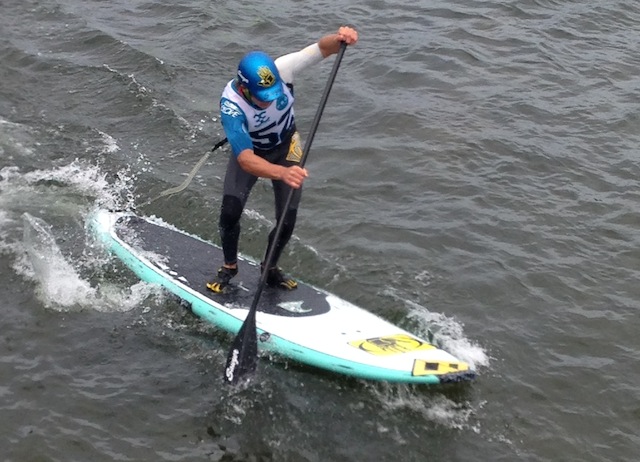 Who would have thought? I hadn’t competed in a slalom since my childhood and that was on a kayak and here I am back at it on a SUP this time. The Outdoor Mix Festival (Editor’s note: a large whitewater festival organized in France won by Gaétan in May) was a much longer downriver race and a format which is better-suited to me in terms of effort. Americans are often innovative, they have proved it once again during this really well organized show. Will there be more whitewater competitions like this one in France? Only the future will tell!

Meanwhile, don’t forget that whitewater SUP can be dangerous as the news have recently reminded us, so please be careful.
(Editor’s note: three people have died in two different SUP accidents in France in the past 3 weeks). 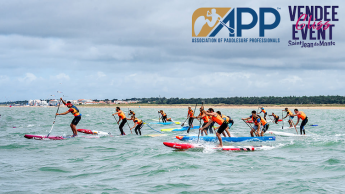 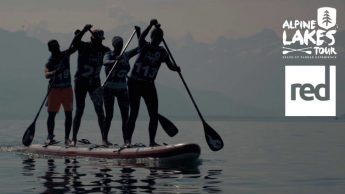 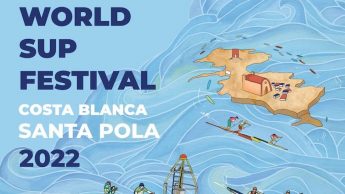 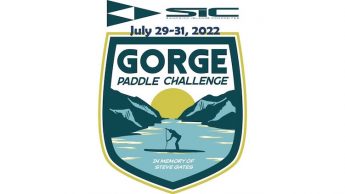