The grande finale of the Paddle League arrived on the beaches of Dana Point. Over 300 paddlers were registered for the long distance race in categories that ranged from Pro, Open, Prone and Junior. The day kicked off with the Pro long distance race, a 9.6 KM circuit that included a water start, 3 buoy turns before ending with 1 meter wave beach finish. The elite men’s and women’s category was stacked with bursting talent with over 40 Pro men riders registered and 20 women. All the riders had come for the final paddle league showdown of the season and a share of the 60000 USD prize purse! 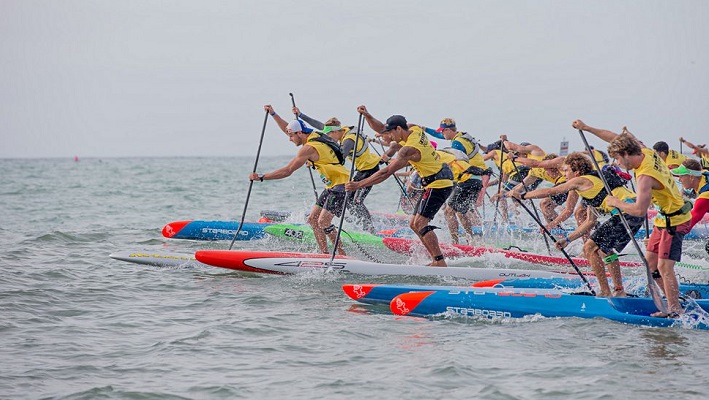 This year the stakes were high in the men’s division. Aussie paddler Lincoln Dews playing catch up to current paddle league leader and fellow Aussie Michael Booth. Frenchman Arthur Arutkin, the Hasulyo brothers, Connor Baxter, plus George Cronsteadt and the 425pro gang all traveled to the event. In the women’s category Sonni Honscheid was out to maintain her paddle league crown against 2nd place Olivia Piana as well as riders Yuka Sato, Seychelle and Terrene Black were all out  after a run of excellent results and a strong end to the season. The crown of Doheny State Park was all to play for!

As the race started the wind picked up creating choppy conditions. In the men’s race Lincoln Dews, Titouan Puyo and Arthur Arutkin took control of the race, with Lincoln Dews taking virtual 1st place.  The pace was set by the Deep paddler then at the 2nd half of the race Lincoln put the hammer down and surged ahead with only Arthur Arutkin able to keep up. In the end he created a comfortable 5 board length lead on the chasing pack. 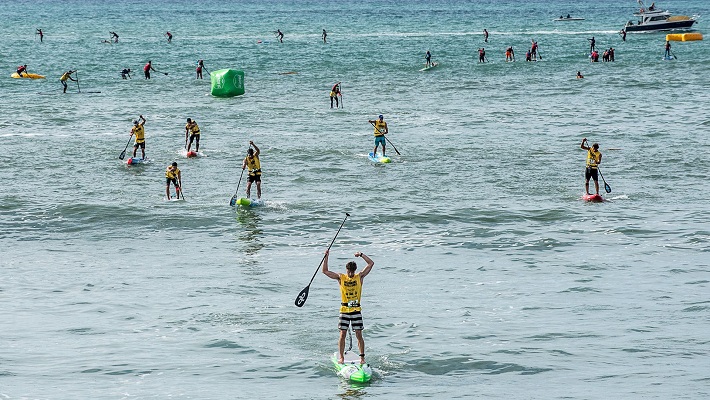 The Aussie paddled like he had nothing to lose, in the end he had created a distance of 25 board lengths between him Micheal Booth the current leader of The Paddle League, then arriving back to shore with distance to spare, Titouan Puyo coming in 2nd place, Brazilian rider Gui Dos Reis in 3rd, Arthur Arutkin in 4th, Michael Booth in 5th and 425pro rider George Cronsteadt in 6th place.  The points are all to play for in the technical finals on Sunday.

In the womens race Seychelle set out the pace and was looking good after a string of some good performances. Terrence Black, Fiona Wylde, Shae Foudy and Local paddler Candice Appleby set out on a pace to win the event determined to win back the title of Queen of Doheny. This was the top four that would control the race, after jostling for positioning throughout the race they arrived at the final buoy turn before the return to the beach, race leader Seychelle then lost control of her board and fell in the water, closely followed by infinity rider Candice Appleby. 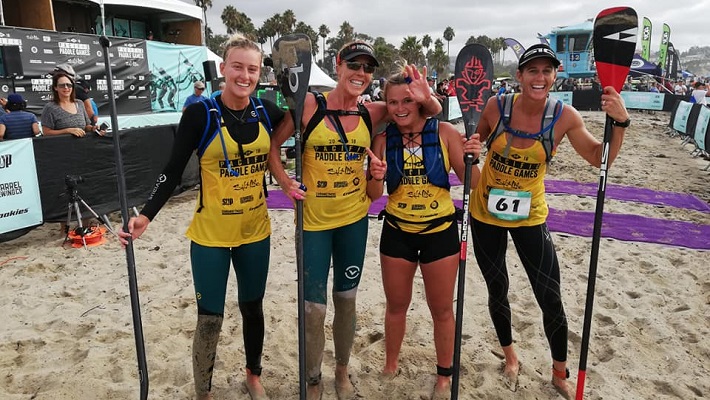 Starboard rider Fiona Wylde took advantage and slingshot her way into the lead, and taking on the title of the Queen of Doheny beach, Candice came in 2nd, Shae Foudy in 3rd and Seychelle in 4th. 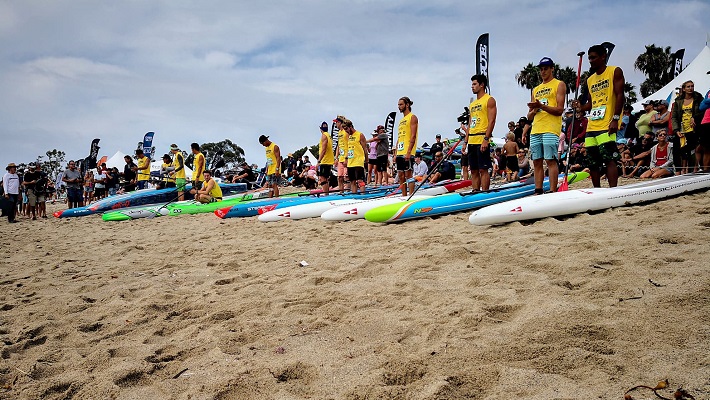 In the women’s technical semi final Fiona Wylde showed her strong surfing skills in increasing wave size, whilst local paddler Shae Foudy dominated in her heat to go directly into the final.

Posted by TotalSUP on Saturday, October 6, 2018

The talk of the day was the dominant display from local paddle academy boy Tyler Bashor who jostled for the lead with Tahiti’s Keoni Sulpice and Brazil’s Guilherme Cunha. The local rider rounded the last bout in 3rd place but manage to connect with a wave that took him back into contention with the leading two, we were then treated to a lash dash and sprint to the finish line by the 3 paddlers, with Tyler Bashor out pacing the other two paddlers.  The stand-out race of the technical race. 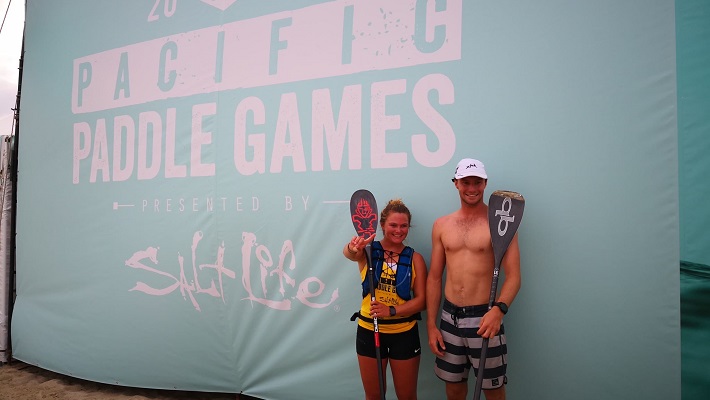