Oscar Chalupsky, a name that rings around the surfskiing world. A prominent member of the surfski community, and one that is known for his passion towards surfski, both in his paddling and in his coaching. Most people in the surfskiing world have been influenced by the Big O, some directly and some indirectly. A big paddler and a big character, we chat to the Big O to find out where the sport started from, and just what exactly is surf skiing!

Hi Oscar, can you introduce yourself?

I am a South African surfskier, and the 12 times world surfski champion, I haves been paddling surfski since I was 10 years old. Presently I have bone marrow cancer which isn’t curable but hopefully manageable. My father was a top paddler so it was a natural progression, I have been doing all types of paddle sports, SUP included. I won my first surf ski race as a senior at age 15 and the last race I won in Guadeloupe was at age 55. 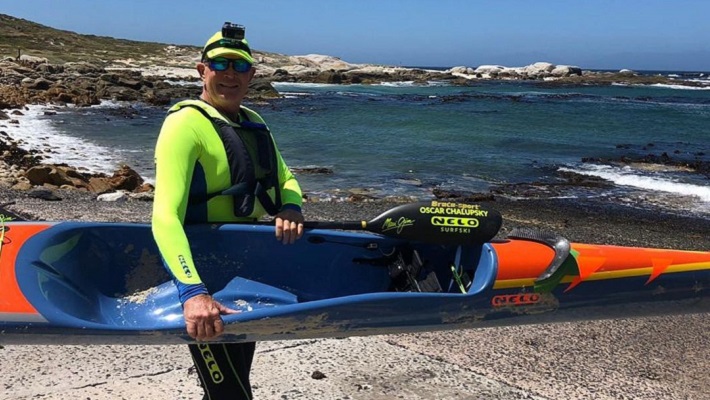 Can you introduce surfski?  When did it all begin?

The sport was actually founded in South Africa. My father and Tony Scott are the fathers of long distance surfski paddling around the world. Surfski paddling originated in Australia in the 1920’s and these surfskis were rescue apparatus. The oldest surfski race in the world is in Durban,  South Africa. It is a race from Durban to and back. a distance of about 22 KM.

What is the difference between surf lifesaving boats and ocean racing surfskis?

The Surf Life Saving skis are spec skis which means they have certain specifications, which are heavy and fairly slow. The long distance surfskis are much lighter and faster with no specifications!

How do you see the future of surfski?

At the moment that whole world of sport is on its head. This sport of surfski has been growing steadily for many years and is expanding all over the world not only in the oceans but in lakes and rivers. Surfski paddling has been growing around the world at a sustainable rate, unlike SUP that exploded then imploded.

There are many countries around the world that are connected to the ICF (International canoe Federation) and we are seeing alot of sprint paddlers  crossing over to surfski paddling. Lots of SUP paddlers and OC1 paddlers  eventually come over to surfski paddling. Surfskiing is fast and there are many races that take place around the world. However, the growth is actually in the guys that just want to paddle to get fit and not even race. It is the development of stable surf skis such as the Nelo 510 and Nelo 520 that has made the sport grow in a big way. 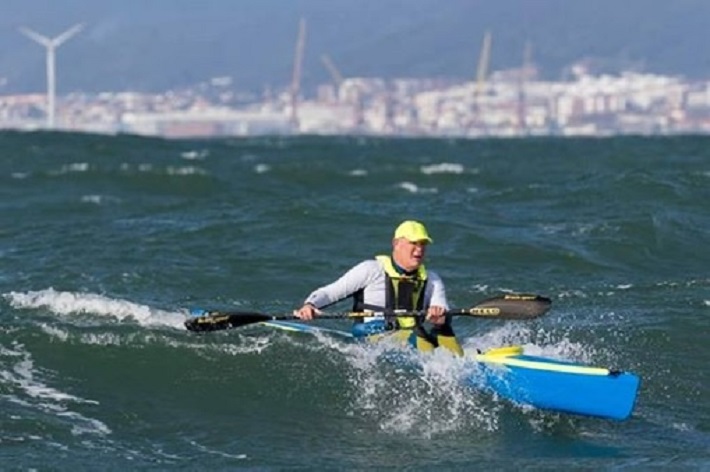 Also the Covid pandemic has helped people get out into the open, all outdoor sports have grown and surfski is no exception.

If I want to get into surfski where should start? What should I look for in a boat?

Surfski paddling can be done in any body of water and it is very safe. You can just jump back on. The barriers to surfski are much easier with the more stable surfski’s  You must start with a very stable surfski, don’t think you are better then you are. Stability for ability. The Nelo 520 and 510 are the best entry level surfski to get into the sport. If you find a club, so that you can test a surfski.

If you are ready to get involved in surfskiing, follow TotalSUP because we’re getting involved ourselves!