It's Battle of the Paddle Week ! Starboard, SUPRacer.com and TotalSUP are organizing a pretty cooooool contest: the Name Battle. Name the 2015 huge 8-paddler board designed by Mathieu Rauzier and which has just come out of the Starboard factory without a name…yet!
Starboard will pick the best name and the winner gets a brand new Tiki Tech Paddle!

This is the board in question ! (Shot and Edited by Gleiten TV shot at the 2015 Starboad World Dealer Meeting)

1. Suggest a name for Starboard's brand new 8-Paddler Board at the bottom of this post  in the Comments box!
(make sure to be connected to Facebook)
2. You can suggest as many names as you want
3. Mathieu Rauzier (Head of Design), Svein Rasmussen (CEO) and Caren Forbes (Marketing Director SUP) from Starboard will pick the best name
4. The winner will be announced by our friend Chris Parker aka Boss Man from SUPRacer.com along with the Starboard athletes next Sunday from the Battle of the Paddle in Dana Point!
5. Starboard will ship a brand new 2015 Tiki Tech paddle to the winner
6. There's no 6. That's it, you have 7 days ! Be creative !

If you are new to TotalSUP, join us on Facebook here.

Here is, hopefully some inspiration for you !
Svein Rasmussen (Founder & CEO of Starboard) with his new toy last week.

Ben (Le Rub) Peignier (Paddle Manager at Starboard) does backflips on it. 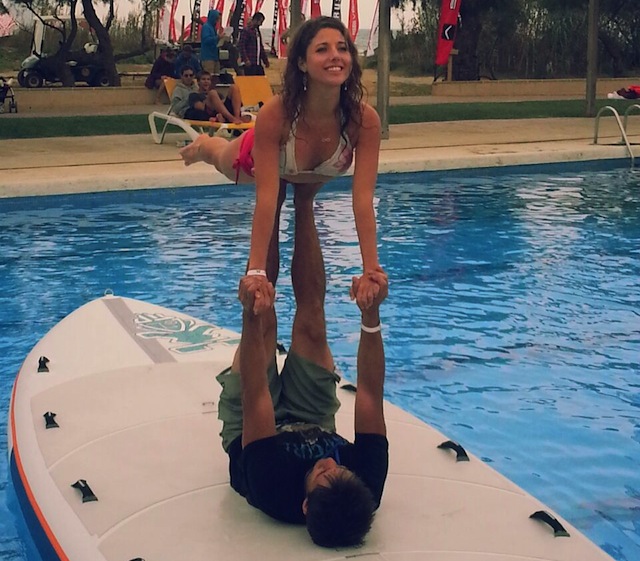 Some crazy paddlers race with it !

Suggest a name for the new Starboard's 8-paddler board in the Comments box below!