What a day of epic conditions, incredible sportsmanship and extraordinary athleticism here at the 1st day of the London SUP Open. From this morning’s 4KM race along the historic Thames River to the evening’s finale of sprint racing at the Royal Victoria Docks, it’s been a VERY full day of competition and adventure in London. (report by App World Tour – Photos: John Carter)

RACE ON THE THAMES – 4KM

Eighteen of the world’s best SUP Racers lined up on the muddy waters of the Thames River this morning at 9AM. Twenty-one men and eight women on the start line. The men jostled between two buoys on the choppy water while the women waited for their start, five minutes behind.

Race Director Anthony Vela, perched on a jetski, went over the course – a 4KM run down the winding river to the Houses of Parliament here in London. The air was heavy, even at that hour. It’s been hot here in London. Hotter than anyone ever expected. Like summer in the Hamptons hot. Not London weather at all. 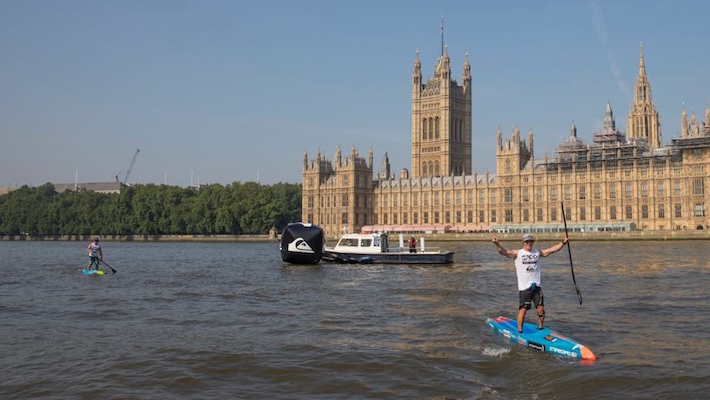 At the start gun, the men leapt to their feet and took off. Connor Baxter took an early lead as his quicker cadence launched him out in front with Michael Booth, Travis Grant, Kai Lenny and Mo Freitas right behind.

The 10-man field quickly split off into two draft trains with Boothy overtaking Connor and forcing himself out front, where he would stay for the remainder of the race. Around the river turns and catching some glides from the inevitable boat wake, the men charged on.

Booth began to extend his lead, head down, paddle moving at a solid speed and the rest of the pack dropped off. Travis and Connor hung together for a bit as Casper Steinfath dragged the larger pack behind him.

Past the Buddhist temple on the Thames historic shores, and slipping past the Battersea Power Station (remember the cover for Pink Floyd’s 10th album “Pigs”?), the racers approached the British Houses of Parliament looming out of the waters and lit by the morning sun.

It was an extraordinary sight to see the two Quiksilver buoys bobbing in the water outside of the Houses and Big Ben (who’s face is obstructed by recent scaffolding, but still the old boy is easily recognizable). A finish line that marked the history of the British people and celebrated the birth of the sport of professional stand up paddling.

It’s been great to see Kai Lenny back in the mix. His recent focus toward the WSL Big Wave Tour did not deter him from giving today’s SUP races his full power.

As Booth slid past the finish, he was all smiles. When asked what he thought of the course, he responded, “I was surprised by how fast it went. I had my head down and was just grinding when I looked up and saw the buoys. I couldn’t believe it was over so quick.”

Well spoken from the Aussie powerhouse who has been winning everything in sight this season. Congrats to the men on a job well done!

WOMEN RACE ON THE THAMES 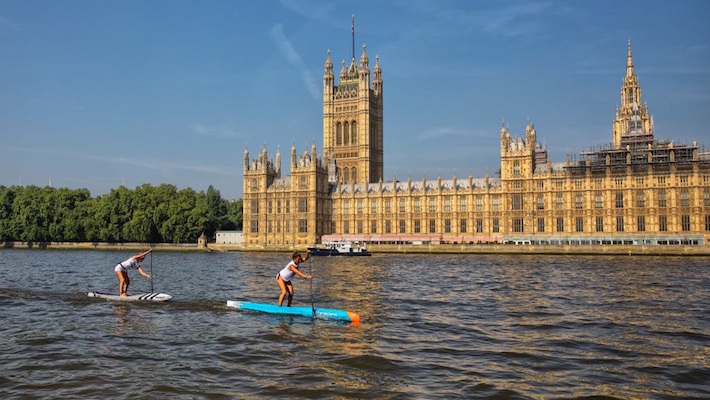 For the gals, it was a good go! Eight Pro women lined up on the start line, sorely missing the power and presence of Sonni Honscheid who, on her way back from a race in Germany, was called home by a family emergency. From Japan, Australia, Slovenia and LA (to name a few), the girls made up a world-wide presence on this side of the Thames.

Conditions were hot and the current, which was supposed to be running with them at race time, was slow to turn. The girls had an uphill battle ahead of them.

Powerful & consistent, Manca’s fast and furious cadence is a force to be reckoned with on any race course.
The horn went off and, lightening quick, the gals were on their feet and paddling hard. The battle began immediately between Manca Notar’s dominant cadence and Yuka Sato’s quick speed and formidable strength. Yuka has been on fire this season on the Euro Tour, taking multiple wins and a name for herself at every stop. The women now know to look out for her. That shining smile can easily lull one into complacency only to be left wondering what happened at the start as Yuka charges toward every finish with a tenacity and grit that bears keeping an eye on this season.

Manca was determined. Her force & drive challenged Yuka for a kilometer or more with young Shae Foudy holding on behind. Somewhere near the Battersea Power Station, Manca began to lose her grip on the lead – and Yuka – as she slid a board length back.

Shae, waiting for her chance, took advantage and crossed paths with Manca to pull ahead and came bearing down on the back of Starboard’s newest dream team rider.  The two, Yuka and Shae, stayed like that – stroke for stroke – to the great Houses of Parliament where Yuka crossed through the finish first with Shae on the tail of her board like an ever-present threat to be considered.  Manca finished in typical strong style to round out the Top 3 at third.

When asked about the course, Yuka said, “The current!  It was supposed to be slack but worked against us the whole way.”  Not that it mattered.  For in the end, Yuka overpowered the current and competition to claim her win. 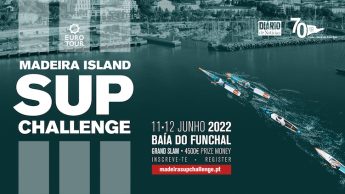 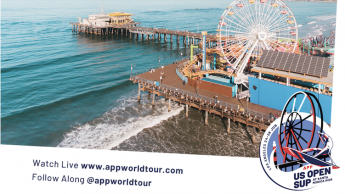 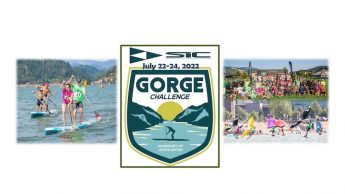 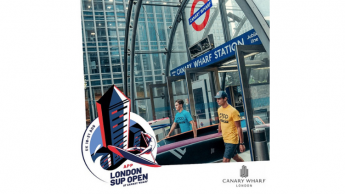 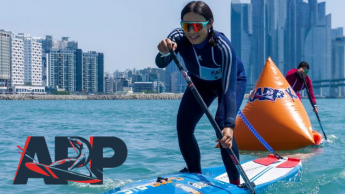 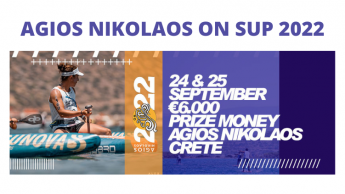 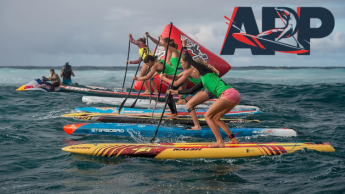