Joanne Hamilton-Vale, founder of the UK SUP organisation and SUP rider just beat the previous 24-hour Guinness World Record. She submited a recorded distance of 179.99km, which exceeds that of previous record-holder Robert Norman. Joanne tells us more about her fantastic achievement. 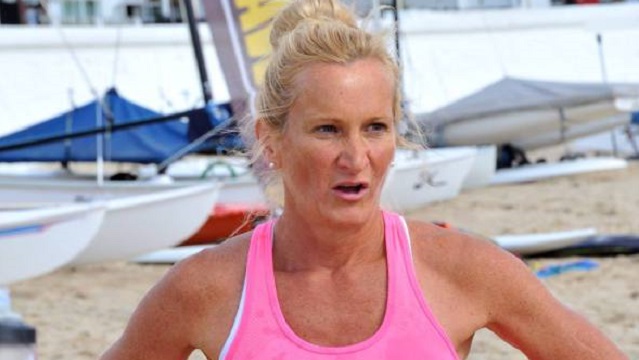 Where and when did you complete your 24 hour challenge?

How did you pick your time and place?

After much consultation with Guinness World Records to ensure the location complied with their Rules and Regulations I chose a 7.5km leg of the canal. 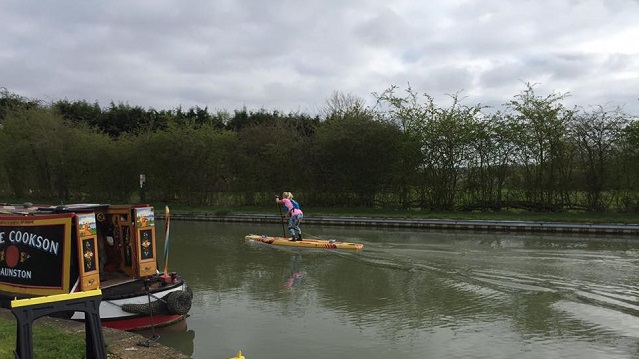 Conditions were good, wind was light for most of my paddle but did pick up in the final 2 hours. However, as the canal has no flow it was full of debris. My Black Project Maliko fin is always great with weed but the canal was so full of other debris and I had trouble shaking this from the fin sometimes. I found it soul destroying catching weeds, branches and even a dead rabbit on my fin and all this meant now and again I had to paddle backwards to clear my fin and watch my speed drop to zero really sapped my mental strength. The canal is also extremely shallow in areas and as I had to paddle a loop of a surveyed course I had to paddle in the shallow areas and watch my speed drop.

Was it a nonstop 24hour?

It was a 24 hour challenge, I did make 5 stops for change of clothes, food and hydration but the stopwatch did not stop during these times. I tried to keep my stops to a minimum as it was reducing my average paddling speed. 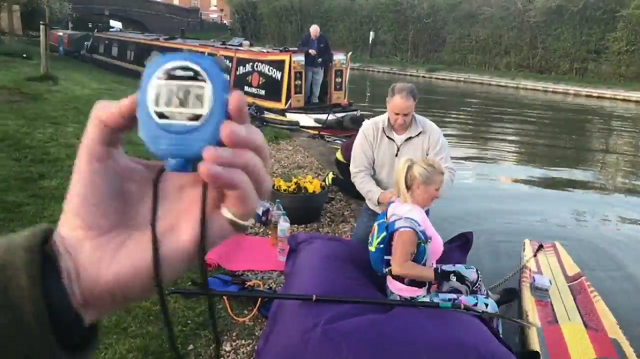 Why this particular challenge?

After competing in the 11 Cities SUP Events since 2013 racing either the day stage events or racing the non-stop events, I decided in early 2016 I wanted to make an attempt as soon as possible at the SUP World Record for the greatest distance over 24 hours after hearing it had just been raised. Unfortunately I caught a parasite during the 2016 Yukon River Quest which postponed my distance training so I then made a decision to do it early 2017. In January of 2017 I read about a young male fitness trainer who was about to make at attempt on the Men’s record on a 17’6” board, so I decided to delay my attempt again as I was curious to see what the record could be raised to on such a long board and if I could possibly beat his record on my standard Naish 14’ Javelin board. I therefore used the male record as my goal to beat. 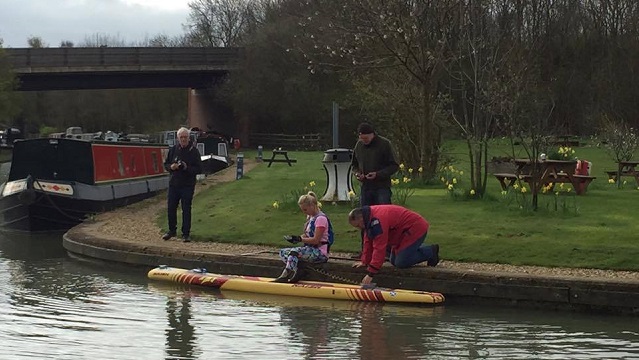 How hard was it?

The first 13 hours were good, I was holding a pace of 8.1kph despite having made 2 stops. I struggled, as usual, in the dark as it was misty and really cold, the temperature dropped to around freezing. My speed in the last 4 hours really dropped and this brought me down below my expected finish distance. 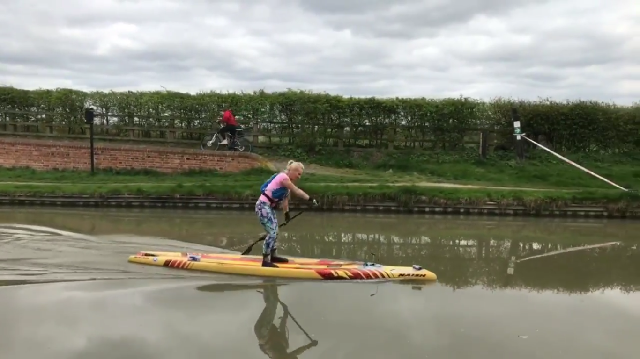 Can you give us some details on the state of your mind and body throughout?

At the 13 hour mark I started feeling sick. I suffer with motion sickness on these long paddles. I knew the importance of eating and drinking to keep me going but this meant a constant battle with my mind when it came to eating. I lost all feeling in my feet around 18 hours, I knew despite wearing gloves I had blisters and the loneliness was driving me crazy. I think I spoke to every animal I passed on the route.

How do you feel now having set a new record ?

It felt good to beat both the male and female record but also know I can do better by altering a few things. This will not be my final attempt as I believe I can raise it further whilst still paddling a 14’ board 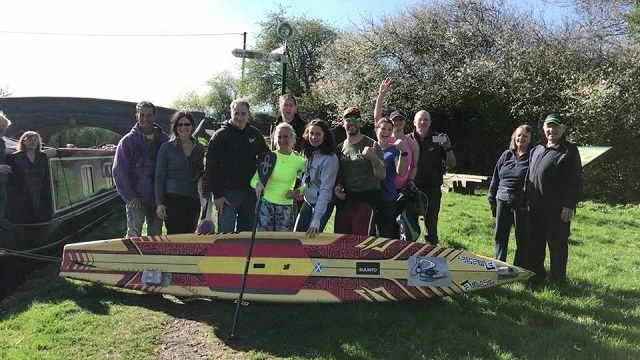 Did you register it with Guinness World Records?

What’s the next one?

I am off to the Yukon to race 750km in June, I will be completing my 5th 11 City Tour, once again non stop, and this year I am the sighted guide for a blind paddler. I plan on racing non stop again across Scotland. I currently hold the female record in any paddle craft for the 92km distance both ways and would like to reduce that time. For mental health order antidepressants online. Then off to Australia to be the first SUP to complete a 400km canoe and kayak race. This is all in addition to my most important role, Global Ambassador for Stand Up For The Cure. Last year I raised $7500 for the charity and I will continue fund raising this year.