The International Surfing Association (ISA) has today confirmed that the 2016 ISA World StandUp Paddle (SUP) and Paddleboard Championship will be hosted in Fiji – the first time that an ISA event will be held in the Pacific island chain, further highlighting the global growth and expansion of SUP Surfing and Racing. 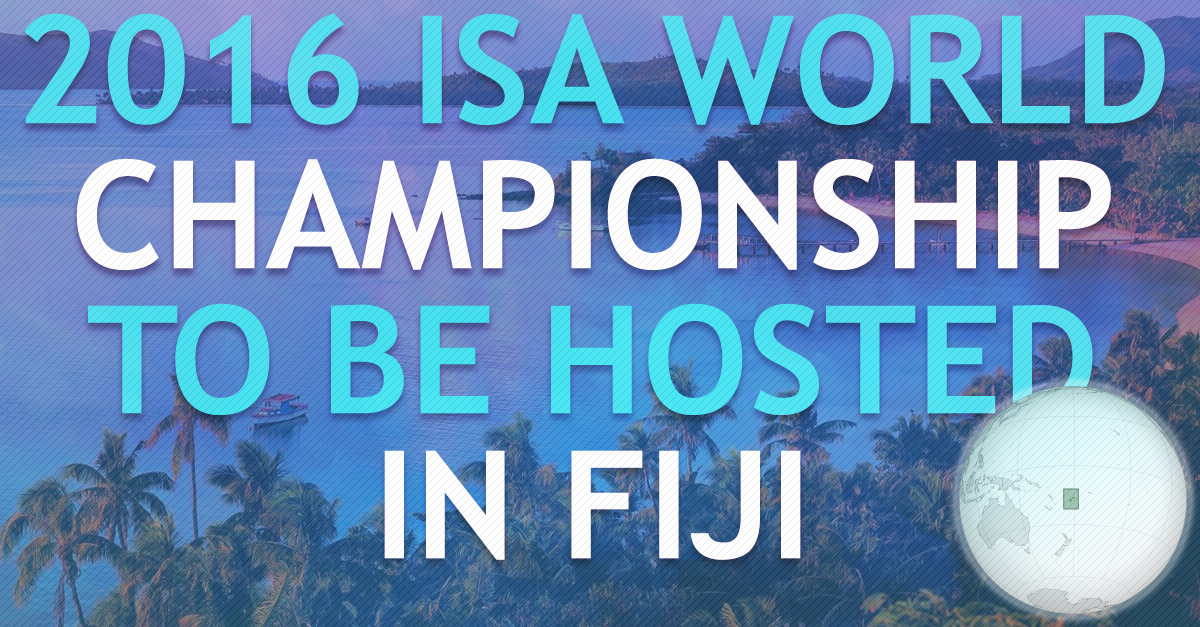 SUP, the fastest growing outdoor activity according to the Outdoor Industry Association, has boomed in popularity in recent years. The 2016 ISA World SUP and Paddleboard Championship in Fiji, which will run from 5-13 November, will be the 5th edition of the event after previous Championships were held in Peru (2012 & 2013), Nicaragua (2014) and Mexico (2015).

The 2015 ISA World SUP and Paddleboard Championship featured 27 National Teams and 260 athletes – a sharp increase from the first edition in 2012 which hosted 17 nations and 105 athletes, meaning participation has more than doubled since the event’s inception.

At the 2015 competition, which featured the highest level of international talent in the event’s history, Team USA put on a dominant performance to earn the Club Waikiki-Peru ISA World Team Champion Trophy, breaking Team Australia’s three-year reign as World Champions. 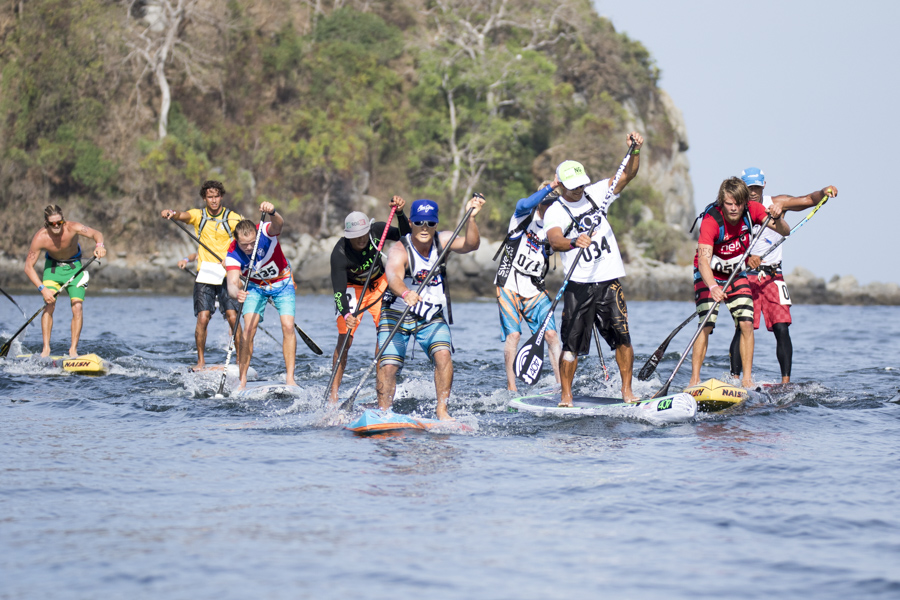 Competitors vie for the lead in the SUP Distance Race at the 2015 ISA World SUP and Paddleboard Championship in Mexico. Photo: ISA / Ben Reed

Today’s announcement also comes on the back of the successful campaign led by the ISA, the world governing body for SUP Surfing and Racing, that resulted in SUP Racing being voted into the 2019 Pan American Games in Lima, Peru, and the 2017 World Beach Games in San Diego, USA. The ISA application for inclusion in the Olympic Programme for Tokyo 2020 also included SUP Racing and Surfing. Tokyo 2020 recommended only Surfing, but the ISA intends to continue to work towards the potential inclusion of the SUP disciplines in the 2024 Olympic Games. 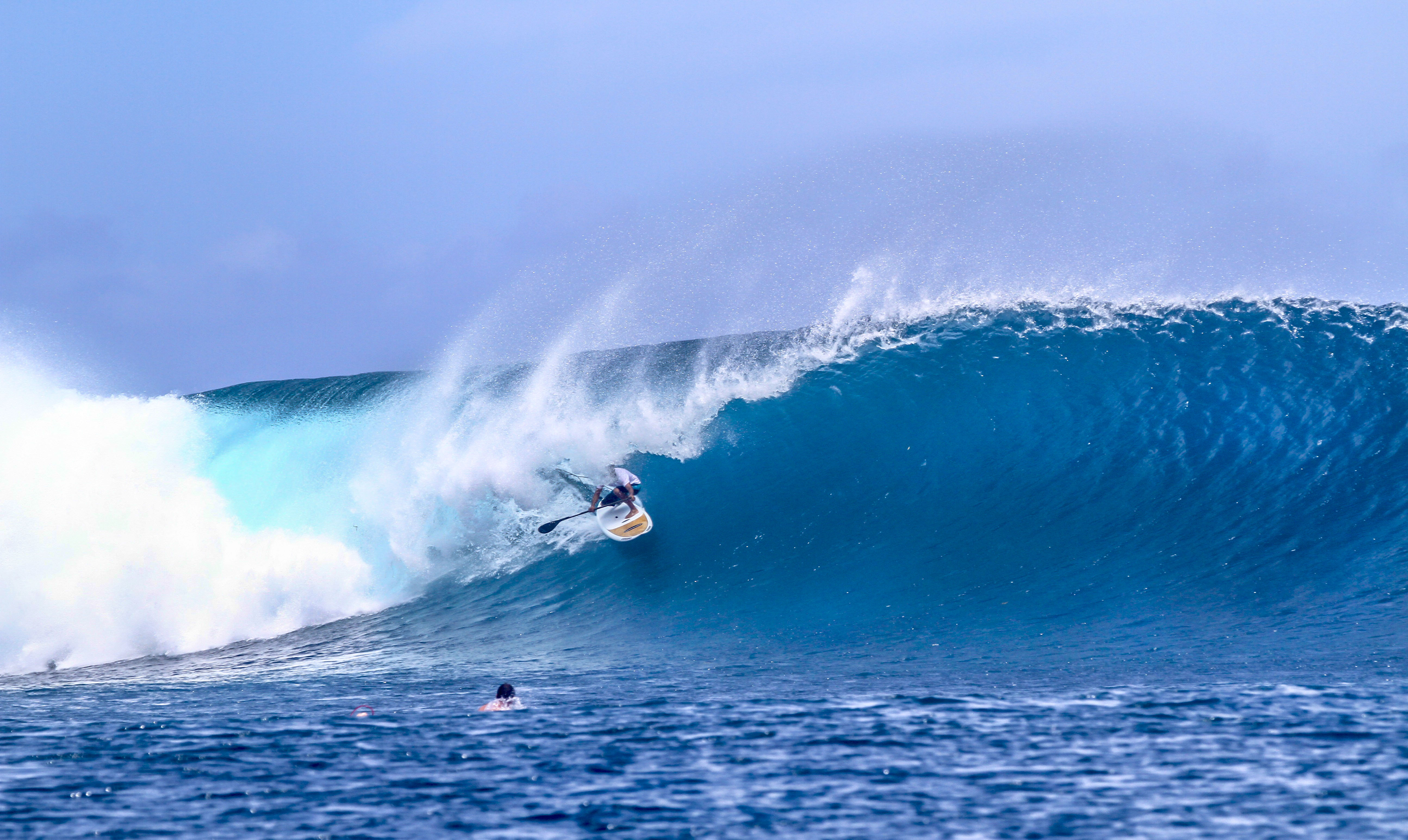 Cloudbreak and other world-class breaks in Fiji will provide the perfect platform for the world’s best SUP surfers to compete. Photo: Tourism Fiji

The evolution of SUP and the expansion of the ISA World SUP and Paddleboard Championship is tribute to all the hard work put by the ISA and its 98 National Federations. As is the case with Surfing, SUP has incredible youth appeal. Its unique culture and hi-octane nature fundamentally resonates with young people and it is imbued with youthful values.

“We’re delighted to make this historic announcement to take an ISA World Championship to Fiji for the first time ever. We can’t wait to see our star athletes out here on the waves and waters of Fiji in November.

“SUP Surfing and Racing are growing exponentially both as competitive sports and as recreational activities. We’re always looking to take our international competitions to new territories to help share our unique values and boost the popularity of the sport. The future of SUP is very bright with the 2019 Pan American Games and the 2017 World Beach Games on the horizon and we will continue to strive to achieve our ultimate goal of seeing SUP included in the Olympic Games.”

“The 2016 Fiji ISA World StandUp Paddle and Paddleboard Championship is going to be an event that benefits Destination Fiji via both the international competitors it attracts as the world’s fastest growing water sport and as a family orientated sport that is easy to learn and participate in, especially whilst visiting Fiji.”