Belar Diaz: The 11th stop of the EuroTour presented by Starboard brought us to beautiful Noli in Italy.  The Noli SUP Race was quite a change of scenery from the far lands of Finland the prior week. With breaking cliffs that come straight out of the sea and the town of Noli literally on the water it was the perfect setup for the ﬁrst stop of the Italian leg. 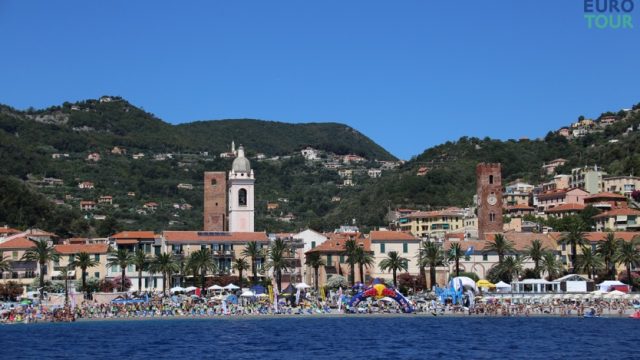 With many athletes coming early along with their families to make the event a mini-vacation, from Thursday evening the town was breathing SUP. Friday had windy conditions that a few of the athletes utilized for one last training sessions that turned to be quite a fun downwind from the close by private Island and natural reserve of Bergeggi. The official welcome of the race took place on Friday evening in the historic town hall, with a very nice organized reception where the Major along with the port authorities and sponsors were present. Saturday saw the main event, with the Elite distance race taking place in the mid-morning to take advantage of the lighter thermic winds, that would provide some assistance to the athletes in the very warm conditions. With a start in Noli’s main beach that went to the Baia dei Saraceni in the nearby town of Varigotti; competitors completed a two lap course via the beautiful cliffs for a total of 15km distance. 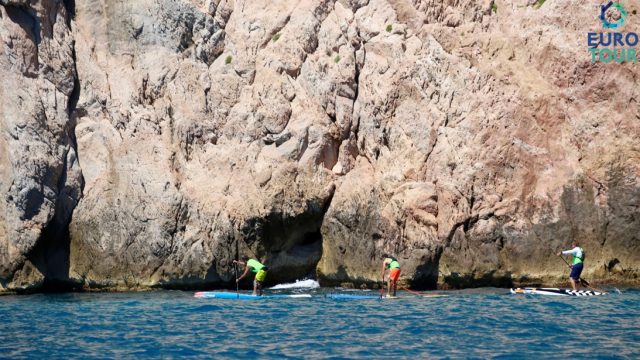 With competitors coming from Italy, Germany, France, Holland, Czech Republic, Spain, Latvia and even the Caribbean Islands of Guadeloupe & St.Croix it was very much and International affair. The Italian contingent however were not going to go down easy, and the duo of Leo Nika (Starboard) and Paolo Marconi (RRD) set a blistering pace of the start breaking away from everyone but Frenchman Martin Letourneur (Hobie). The group will stay together for the majority of the course, until Leo Nika made a gap over the upwind section that no one would challenge. At the end of the second lap Leo extended his lead and won by a comfortable margin over Paolo Marconi in 2nd place. This also marked the third week in a row that Leo & Paolo finished in the exact positions proving the great momentum of form they are both in and also made Leo the athlete with more wins on the EuroTour 2016 with four under his belt already. Martin Letourneur looked strong all race with a good pull in his preferred downwind conditions but succumbed to Paolo’s attacks on the last upwind section to finish in 3rd place.  On the chasing pack there was a bigger group of paddlers that tried to catch the top 3 over the two lap course without success. Out of them another Frenchman Jeremy Teulade (Starboard) proved the strongest by finishing 4th showing his win in Belgium a few weeks back was no fluke. Martin Rogai (Jimmy Lewis) finished in solid 5th with another tour regular Giordano Capparella (BIC) in 6th. Davide Codotto (3Bay SUP) was ahead of this group for the first lap, but eventually succumbed on the second lap and finished 7th. In 8th place and quickly coming up the rankings was Claudio Nika (Starboard) brother of the event winner and showing he’s following his brother steps. From Holland we had veteran Martine Van Deth (Starboard) in 9th place putting a strong effort against the International field. 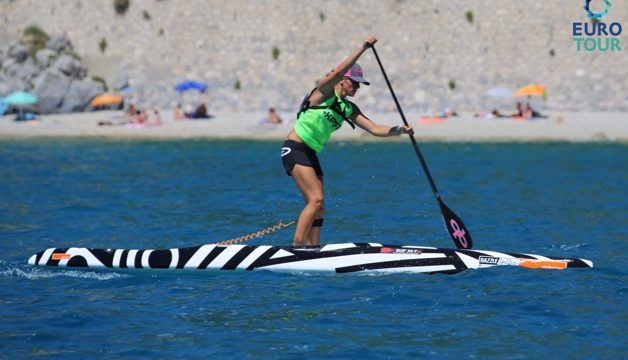 Spaniard Susak Molinero (RRD) continued her amazing run of form by making this her third win on tour, defeating the fast rising talent of French Woman Amandine Chazot (Starboard) that set a very fast pace of the start and looked in contention for the win over the first lap. However the Spanish born but a resident of Italy for the past few years, was not going to let that happen at her adopted home and pulled clear over the second half of the course to win comfortably. In 3rd place saw the up and coming talent of Chiara Nordic (RRD) that defeated Erika Barausse (Jimmy Lewis) on her very first race, a very accomplished Marathon Canoe racer of her own that we will soon see atop of some podiums. 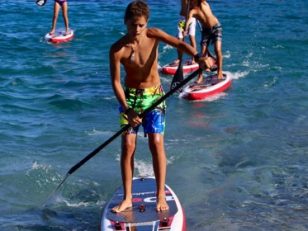 The afternoon featured the RedPaddle Junior races with a young crew (our youngest competitor was only 8yrs old and showed great form by making the semifinals). The kids made the most of the windy course and provided great spectacle to the crowd on the beach. Special mention goes to Leo & Claudio Nika that took care of the course & water safety for the race aboard one of Red’s XL boards.

The RedPaddle “XL Race to Glory” followed with some very exciting action that despite the fact that most Elite athletes had jumped into one team the “SUP Kids” team captained by Italian Martino Rogai and event organizer Franz Orsi with a last minute effort brought the victory home. 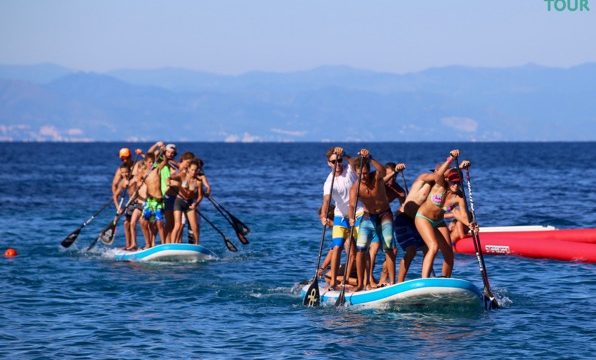 On the evening of Saturday, after a great dinner provided by the organizers were pasta abounded as well as a few local cocktails. 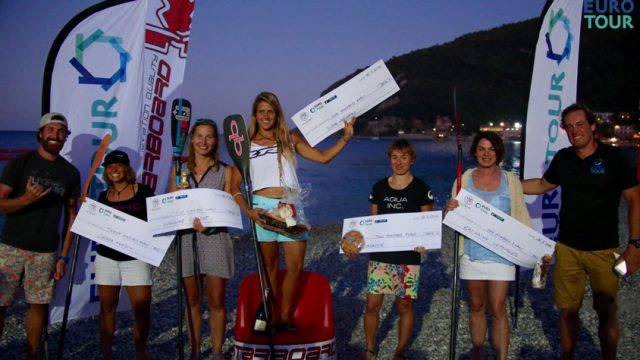 More photos and Results of the races

The organizers had an award ceremony right on the beach with the beautiful cliffs of Noli in the background. Huge thanks from the EuroTour to Franz and his entire team for making a very successful event in their very first edition. And also thanks to the Sponsors Comune di Noli, Golfo dell’Isola, Tre Terre for making it happen.

Photos are up here, keep your eyes peeled on our Facebook for the video to follow. Full results and rankings will be updated shortly here Stop #12 sees us staying in Italy for the Adriatic Crown in Marotta.