Team USA Dominated Day One of the Carolina Cup, as Danny Ching and April Zilg Take Victory in the Graveyard Race.

Danny Ching and April Zilg swept the field in the Graveyard Race, as taking an alternative line to the rest of the pack proved triumphant for team USA.
Whilst the Coast Guard called for a modified racecourse in the morning due to the hectic conditions in the ocean, the athletes were still put through their paces with 20 mph winds, 40 mph gusts and a relentless current in what was an epic, challenging and entertaining race.

After New Caledonia’s Titouan Puyo led the men’s pack for most of the race, with Japan’s Shuri Araki hot on his heels, 4 X Graveyard race champ Danny Ching and Tamas Buday came out of nowhere and claimed 1st and 3rd place, after taking the inside line that protected them from the ruthless conditions. 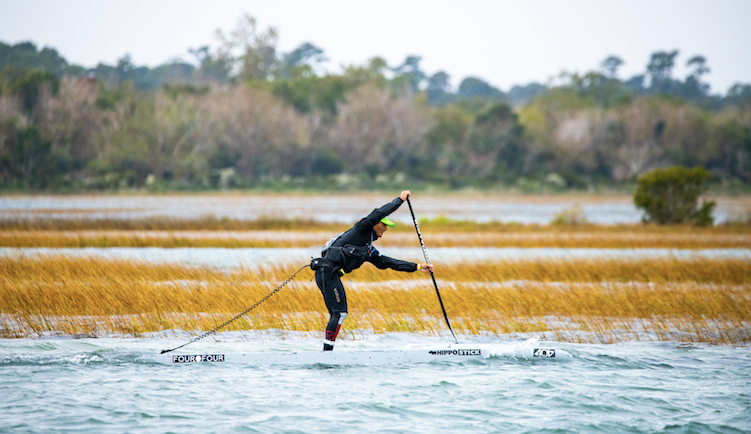 “I just tried not to lose the race in the first hour which was the downwind and the turn. I ended up a little further behind than I hoped, but I conserved enough energy and took a good enough line to reel them back in. Luckily only a handful of guys took the line I was on and none of them were in front of me.”

North Carolina’s very own April Zilg had a similar idea and swept the women’s pack by taking the inside line, beating out USA’s Kim Barnes and Japan’s Rika Okuaki, who were left to fight the upwind paddle.

April reflects on her first ever Graveyard Race win: “It is a very emotional win for me. This was the first race I ever did, and the first time I did it, I didn’t even finish. It has been my dream to win the Carolina Cup since the first day I picked up a paddleboard, so it feels amazing to achieve that.” 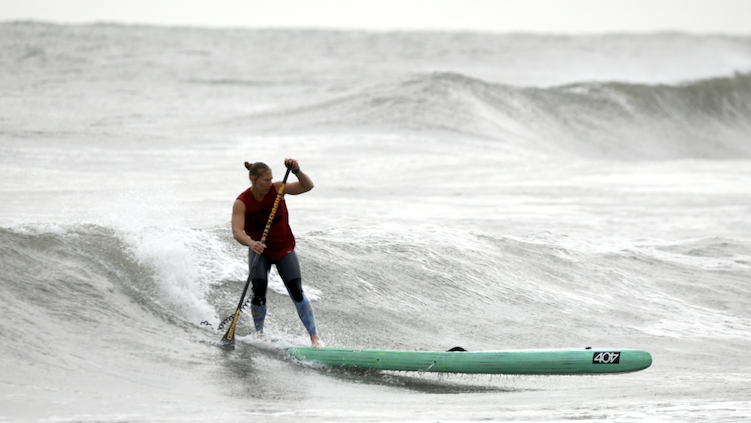 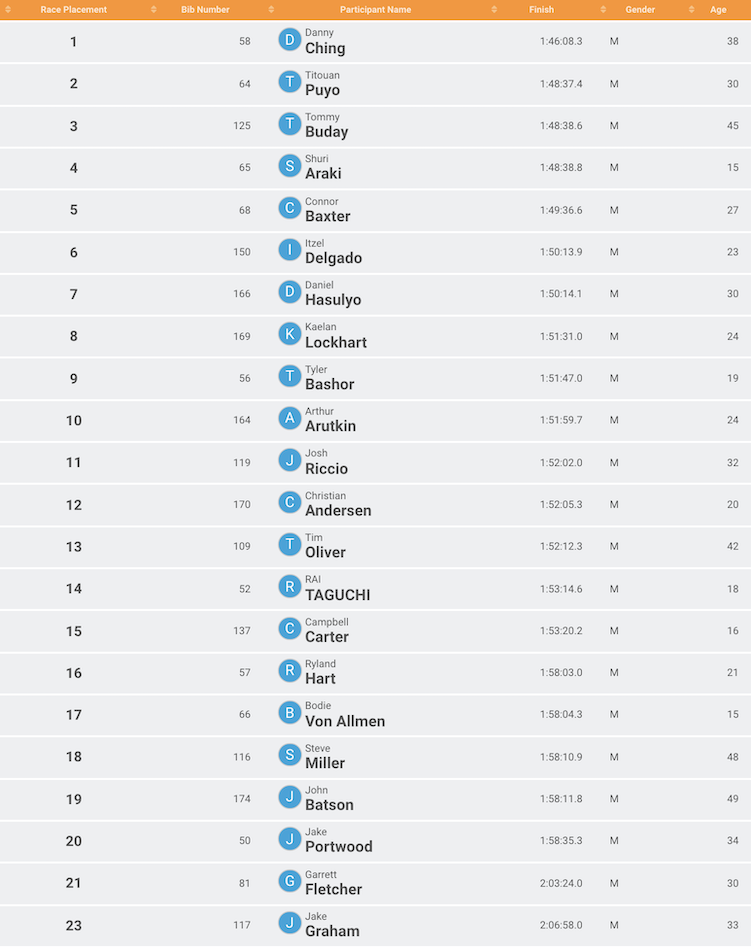 On Day Two of the Carolina Cup, the action continued and saw the elite athletes battle it out in the APP Sprints in 9-foot waves and 40 mph winds. After 30-knot winds called for a modified and shortened racecourse, the APP sprints saw athletes go out through 6-foot surf to do one buoy turn before they returned back through the surf for a beach sprint to the finish line.

The men’s title was claimed by Hawaii’s Starboard SUP star Connor Baxter after he battled with an all-star line-up in the men’s final, which consisted of 2019 World Champion Casper Steinfath, 2018 World Champion and Fanatic ambassadors Arthur Arutkin and Red Bull Heavy Water stand out Christian Andersen.

In one of the most exciting finishes in some time, a set wave came through that could have given Casper Steinfath and Arthur Arutkin the chance to catch leaders Connor Baxter and Christian Andersen. However, it was not to be, as Casper and Arthur were unable to hold on as the set wave peaked and bucked them off, leaving Baxter and Andersen to battle it out to the finish. On a neck and neck sprint to the finish line, Andersen tripped, leaving the door open for Baxter to claim both the sprint and overall title.

“Christian had the right line, but I had the long legs and his little stumble ended up giving me the win. Without that stumble it would have been a dive to the finish line.” 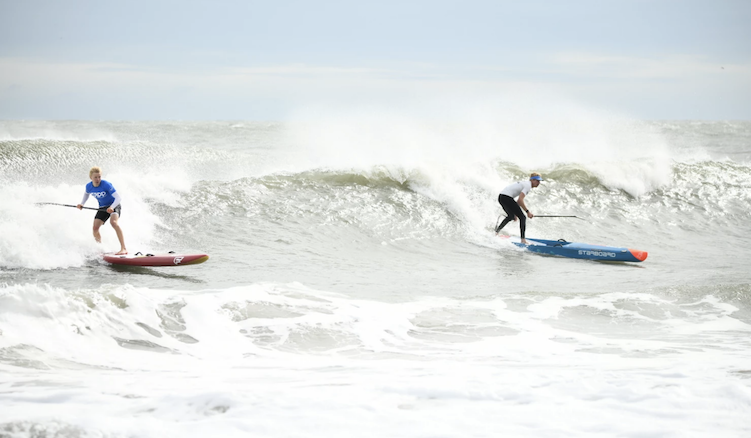 After a stellar performance on Day One of the Carolina Cup, local legend April Zilg came back for another win in the APP Sprints, making it a clean sweep of the weekend for Zilg. Also on the podium for the women’s sprints was Japan’s Rika Okuaki, who placed 2nd, and Peru’s Giannisa Vecco, who placed third.

The success story of the weekend though, is 15-year-old Shuri Araki, aka Shrimpy, who travelled thirty-five hours from Japan to compete in the Carolina Cup. After beating multiple World Tour veterans throughout the weekend, he is returning to Japan with a 3rd place overall after an incredible performance that ranks him with the best in the world. 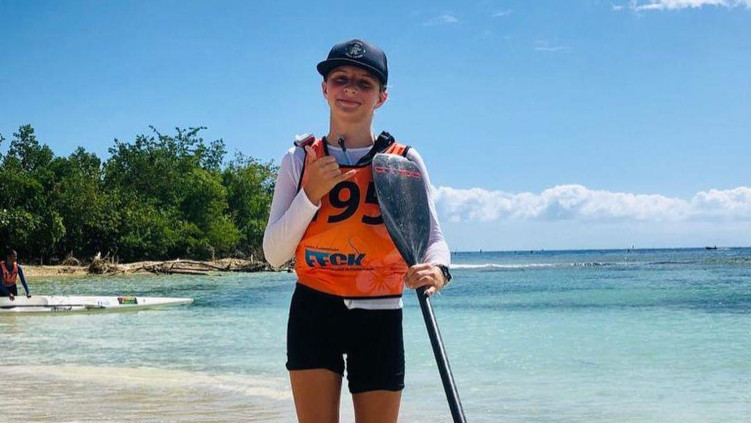 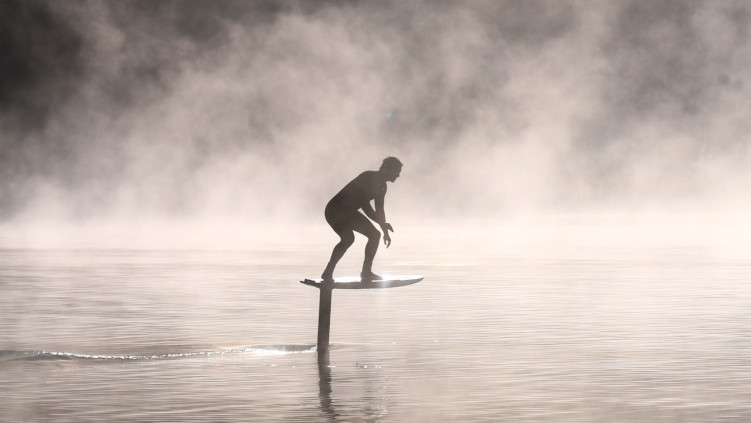 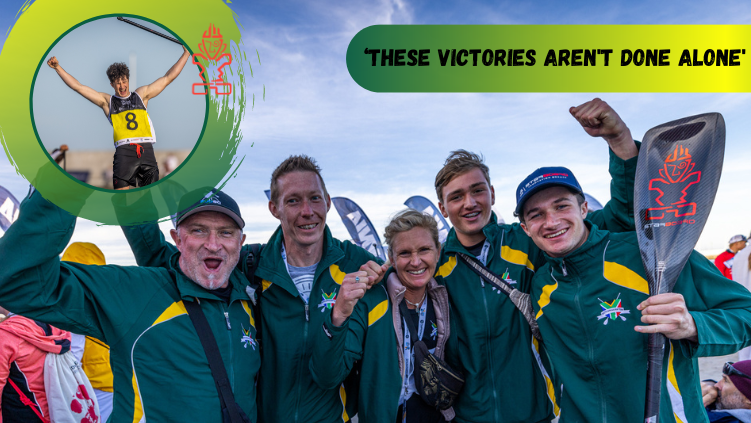 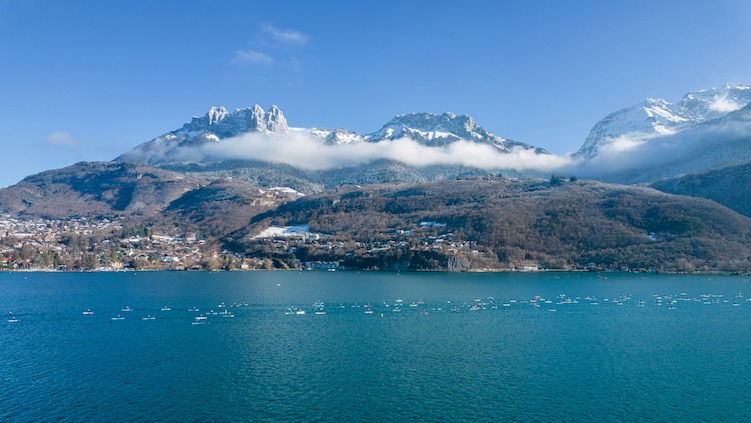 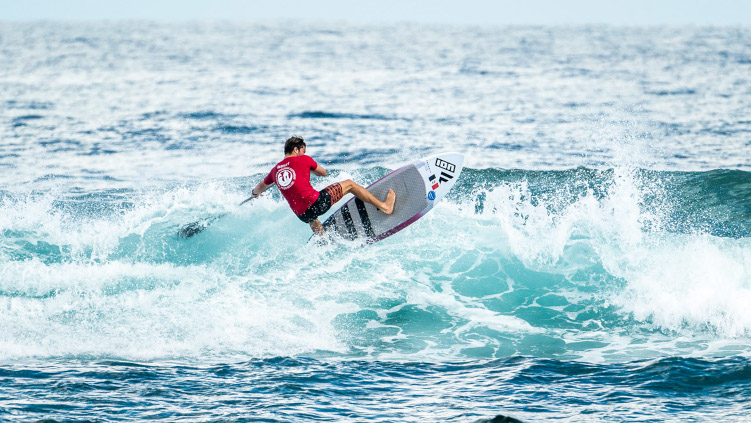 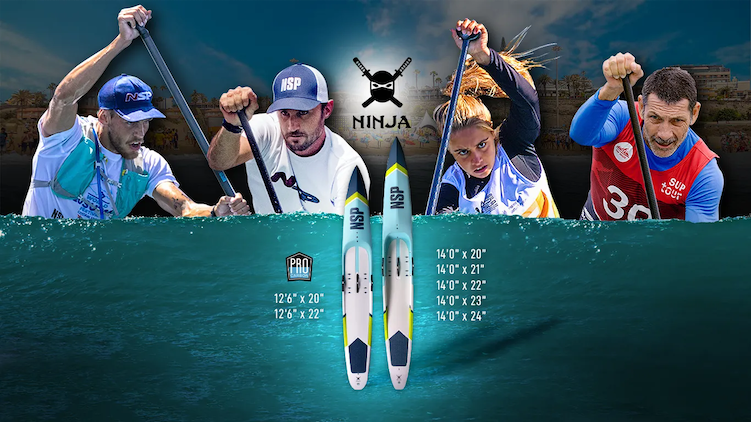 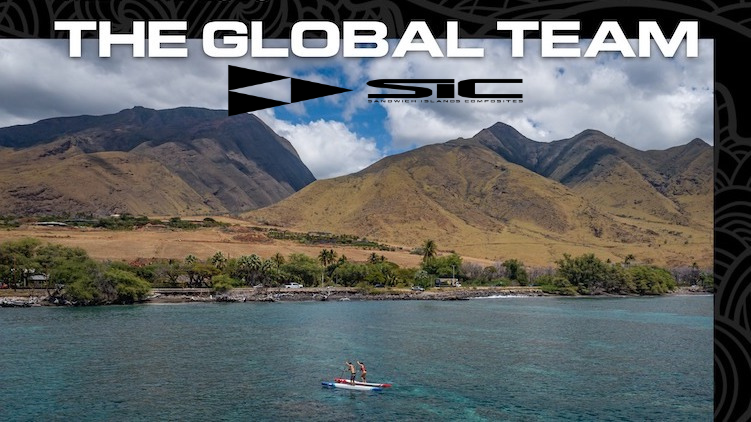