Follow Starboard SUP adventurer Bart de Zwart as he explores the Marquesas Islands for the next 12 days tracing the footsteps of the famous Norwegian adventurer Thor Heyerdahl, powered by WindSUP. The Starboard WindSUP design  is based on a popular Starboard paddleboard shape, to which they added a mast track and centre-fin box to plug in a sail and centre-fin for windsurfing, the starboard WindSUP will allow Bart de Zwart to power himself by wind, helping him cover vast distances between the islands. 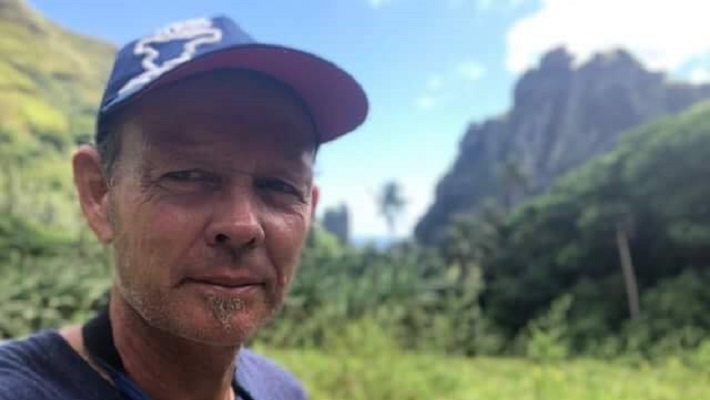 This journey is amazing in that the Marquesas are unlike the other islands in French Polynesia, there are no lagoons or protected coral reefs surrounding these landscapes. The Marquesas Archipelago is one of the most remote island groups in the world. They are so isolated they even have their own time zone and the flight time to get there from Tahiti is approximately 3.5 hours. 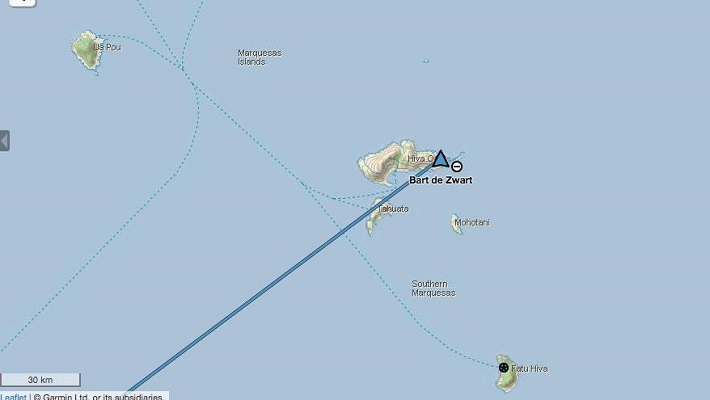 Bart de Zwart sent TotalSUP his first update after arriving on the island on April 17th.

“At 7am yesterday I started  my Marquesas expedition from the northeasterly bay of Puamau on the island of Hiva Oa. I flew there on friday from Tahiti and managed to get a truck from the airport to this part of the island. 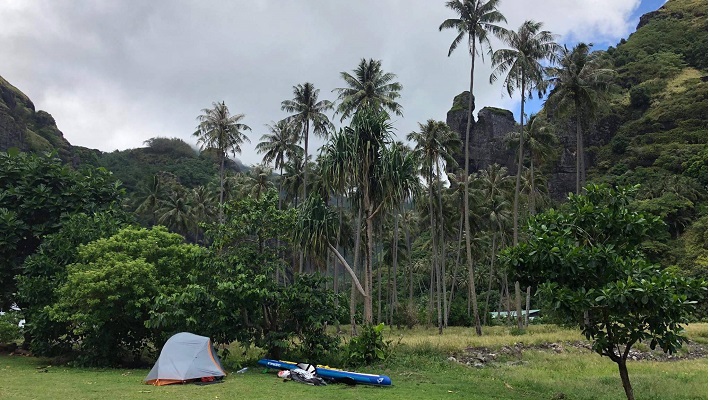 I started paddling north east around the point and paddled in a straight line to Fatu Hiva, (North of Mohotani island) I had very light winds and made little speed. I wanted to paddle around the point into a safe bay of Fatu Hiva before dark. But I soon realised it was going to be dark before I could make it. I had previously been here before, as we made landfall in Fatu Hiva in 2006 whilst sailing around the world, so I knew what Hanavave Bay looked like. During this crossing, the wind increased and decreased a lot. At times with the shifting winds I felt I wouldn’t make the island at all. 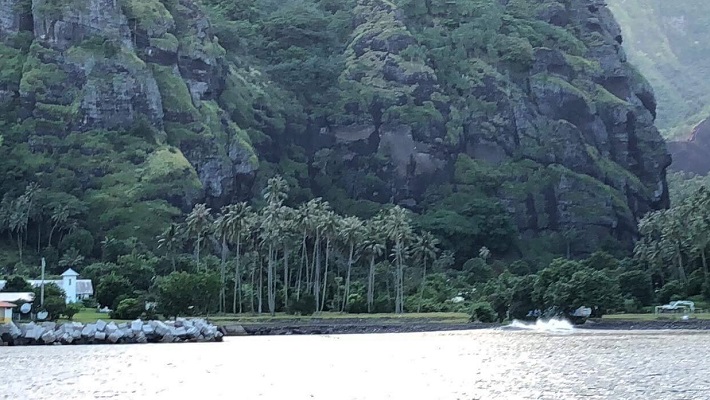 I arrived at 9 pm at the point of Fatu Hiva, started to paddle again, as the wind died completely, and I managed to call Dagmar. I eventually reached Hanavave Bay at 11 pm, just as a sailing boat arrived from the Galapagos Islands. The crew was really kind and allowed me to stay on board for the remaining hours until dawn. So I did not need to find a place for my tent on shore in the middle of the night. I was very grateful after a gruelling 16hrs of paddling and windsup. I had a great night sleep. Right now I am about to explore the island after setting up my tent and gear on a perfect spot overlooking the bay which is astonishing”
Follow Bart de Zwart’s amazing Marquesas expedition on his tracker https://share.garmin.com/BartdeZwartSUPCrossing and via his instagram @bartdezwart
Stay tuned for more updates of his incredible journey!