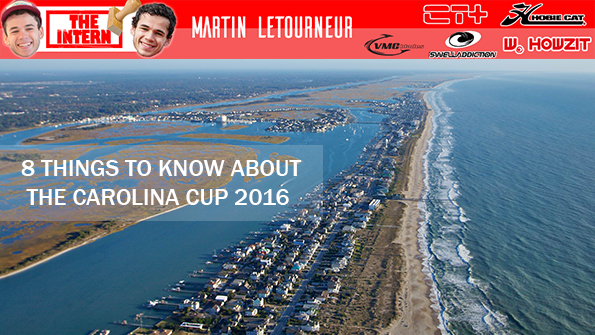 Today is the day of the West Marine Carolina Cup presented by Surftech, the most popular race on the East Coast of the USA and the very first big event of the 2016 International SUP Racing season! Here are 8 things you must know about this year’s edition of the Carolina Cup.

I have had the opportunity to arrive in Wrightsville Beach a week ago and to explore the area with the Hobie crew, the place is awesome, the new board feels great and I’m looking forward to start this racing season the best I can!

The event takes place in Wrighstville Beach, North Carolina. It’s a town consisting of a four-mile-long beach island and an interior island (Harbor Island) both connected to the mainland by bridges.

The big majority of the world’s top paddlers are attending, and everyone wants to start the season well ! The official startlist hasn’t been released yet but on the Women’s side for the favorites, this will include : Candice Appleby, Annabel Anderson, Lina Augaitis (back from maternity leave), Sonni Honscheid and Fiona Wylde.
On the men’s side, the favorites are : Danny Ching, Travis Grant (last edition’s winner), Connor Baxter, Titouan Puyo, George Cronsteadt, Mo Freitas and Kelly Margetts.

The growth of our sport is making the field of racers more and more stacked over the years, the australian website SUPracer recently posted a list of the “dark horses” for the 2016 racing season, most of these guys are competing tomorrow so you’d better keep on eye on them to witness some real upsets. 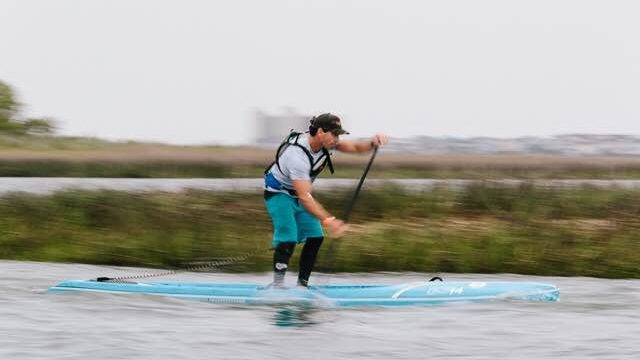 There are so many world class paddlers to compete this week-end that to tell who’s coming, it’s easier to tell who’s not. So from what I heard, missing the event this year will be world champion Kai Lenny, the three Australians : James Casey, Michael Booth and Jake Jensen, the Danish viking Casper Steinfath, the Italians Leonard Nika and Paolo Marconi and the Californians Brennan Rose and Slater Trout. 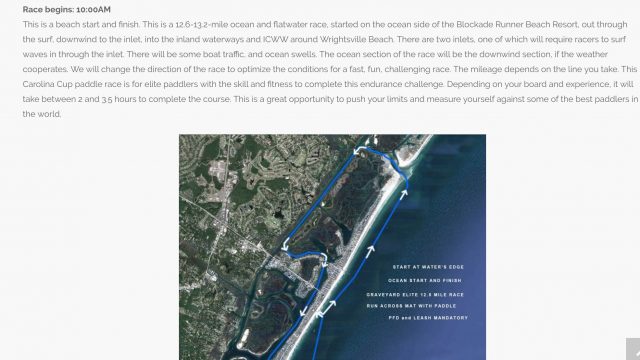 Wind : glassy conditions in the morning with WEST winds about 5-10mph. Semi-glassy for the afternoon with the wind shifting SW less than 5mph

You can check the forecast here: http://www.swellinfo.com/surf-forecast/wrightsville-beach-north-carolina

The tide will play an important part during this year’s edition of the Carolina Cup as it will influence the strength of the current on the inland channel parts of the race. Depending on the direction of the race according to the race directors decision, it can be a fast or a slow race. But there is one thing for sure, the paddlers used to river racing should have an advantage in some technical parts of the race.