2018 has started on a high for 425pro, new factory locations, improved boards, new riders, a move to carbon neutrality and launching into the global market, plus with several big name riders on the roster including Olivia Piana, George Cronsteadt Olivier Darrieumerlou and Noic Garioud everything is on track for 2018 to be a big year for the brand!

Tahitian Jerry Mihimana, the man behind the brand talks to TotalSUP, he introduces his new 2018 board designs, tells us his assessment of the year so far and the future goals for 425pro! 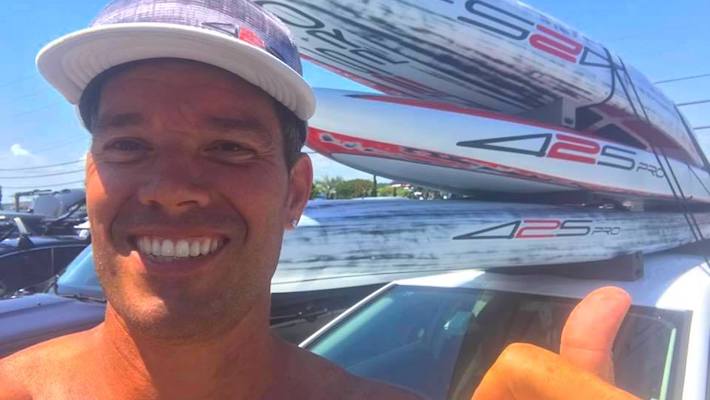 Hello Jerry, 425pro has moved its production base, can you tell us why?

Until recently our production was based in China, for several reasons we made a strategic decision to manufacture our boards in the US and in Europe.  The first reason was to improve the quality of the boards both in terms of materials and in quality of production. Secondly as a brand we want to reduce our carbon footprint, I feel the closer the distance from manufacturer to our users, the less we pollute. And finally, this move means that we are a lot closer to our customer base, which will significantly reduce  (distributors, shops and buyers)  order and delivery times, something that we feel is important to our brand.

Can you introduce the 2018 collection, what changes have been made?

I am super excited about this year! I want to begin with our new generation of boards. First off, the Pin Code race board has been tweaked, it was already a great race board but now the new Pin Code glides phenomenally through the water, the recessed deck area allows the paddler to be really comfortable on the board, all this with a weight of over just over 10 KG (22 lbs). Thanks to the use of  innovative materials and design techniques. 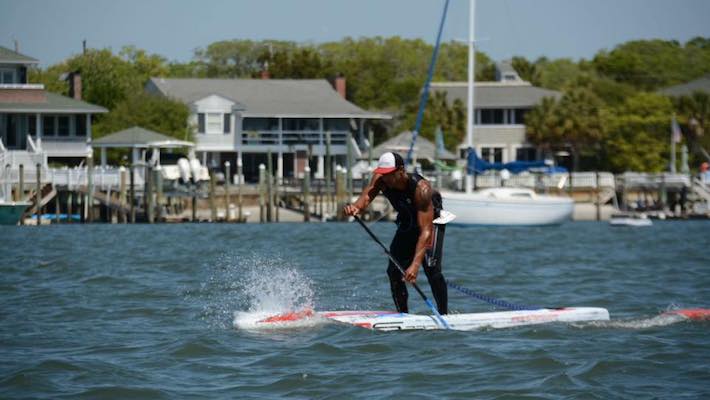 The Outlaw Bridge race board also went under a complete review, we wanted a board with better better stability, and we believe this is something we achieved. The flatwater board “Arrow” also underwent improvement, basically we focused on developing a better glide, a better paddler comfort level and reducing the board weight, now it is under 10 KG (22 lbs)!

On the SUP Surf side we made some improvements on the gun style boards, called Mara’a and Teahupo’o. However the MadBox remains the same … a fantastic little wonder of a board! 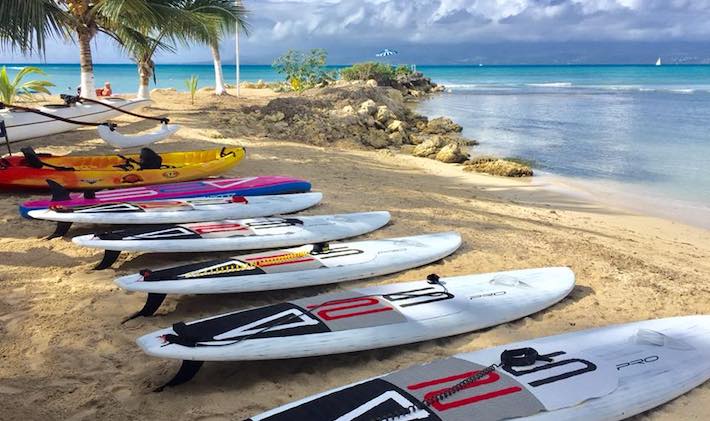 For the SUP AIR, we produced the entire range in a Fusion Tech making the board lighter and more resistant. We made sure that the final touches on the SUP AIR are of extremely high quality: with high-end handle grabs finished with neoprene, integrated o-rings, a WindSUP plug is found on all models, US end fin box for all, a quality backpackwith 425pro colors, a double action pump to name a few. What else can you ask for!

For the Allround boards we worked on reducing the weight. They are now much lighter.

We have seen some fantastic images of a prototype SUP race board recently, they have a particular shape and the performance has been highly rated, Can you describe this board?

Yes, we are really satisfied and pleasantly surprised by the performances of this prototype board designed for downwind conditions. It was Georges Cronsteadt who tested the board and raced it the  for the first time in a competitive environment, this was at the Pacific Paddle Games in 2017,  where he finished 5th in LD and 9th overall.

Guadeloupean rider Romuald Mamadou then had the opportunity to paddle one of the first prototypes that was released from the new US based factory, he posted some great times. As expected, the board is magical downwind, it produces some with incredible acceleration and speed spikes. 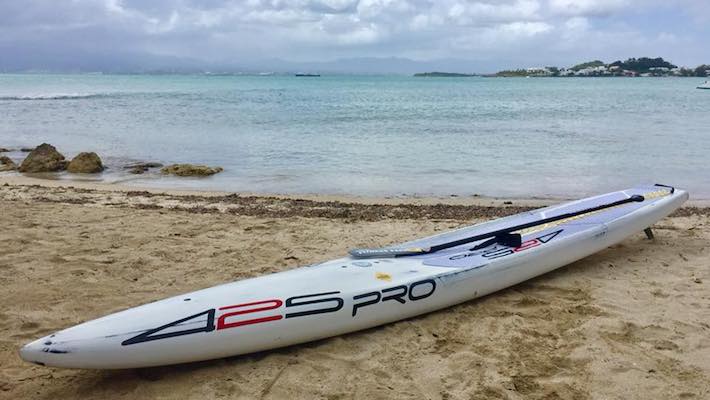 The biggest surprise is in the performances in flat and upwind conditions, the board goes as fast as the Arrow on the flat and goes almost as well as the Pin Code in upwind. Weight is is the boards other asset: below 10 KG (22 lbs).

We didn’t have a name for the board until a few days before the french launch at the beginning of March, but we decided to go for “MARARA” which means “flying fish” in Tahitian.

The video below shows French paddler Nicolas Beynet paddling the prototype “MARARA”. We can see just how easily the board moves upwind and accelerates even in the slightest of bumps. In fact Georges Cronsteadt won a race in Tahiti recently on this board!

How is distribution organized? When will we be able to get our hands on one of the 2018 productions?

For European riders we have the pleasure of Didier Leneil being our distribution partner, he is based in France. Didier has more than thirty years of experience in selling watersports equipment,  we are honored that he is interested in our brand. I take it as a good sign of what we have accomplished in the R & D, and also in the commercial potential of 425pro.

Across the Atlantic in the USA it will be a big year, we are putting everything into place right now, we already have production starting in California and Florida and we are currently in the process of developing the advertising and marketing side of our USA campaign. We invite and welcome any potential dealers or reps to contact 425pro if they need any help in understanding the distribution side, we will be very happy to help!

Watch out too in the USA will have Georges Enzo and Olivia Piana at Carolina Cup, Hood River and PPG representing 425pro. So you will be able to have a great look at the boards in action! 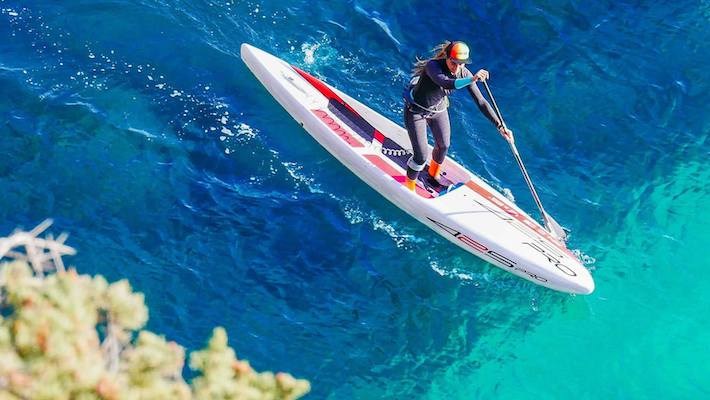 Are there any other developments in the pipeline?

Yes we are in full R&D with Olivia Piana and Olivier Darrieumerlou, whom I am really grateful with for their input and help! Right now we are working on a model of a raceboard that is better adapted to the lighter paddlers, that is 70 KG and less (155 lbs).

So we will put this board in series with two versions: a low volume and a large volume board. The ultimate goal is to offer the same boards with 2 different widths for 2 totally different size of paddler. This little wonder already has a name, it will be called the MANEA. This is the first name of my eldest daughter and has a consonance with “mania” which means “calm sea” in Tahitian)