2022 Busan SUP Open is one for the books. The 3rd stop of the APP World Tour in South Korea has been one of those events on this year’s SUP racing circuit that has showed what stand-up paddleboarding Olympics could look like with drones illuminating the sky in a spectacular opening ceremony to display the welcome messaging and APP World Tour logos.

It has also been a rare cultural experience for SUP athletes who, while on a tour in Seoul, visited the iconic Gyeongbokgung Palace and even had the opportunity to wear traditional Korean clothing – Hanbok. Let’s hear from the athletes themselves! 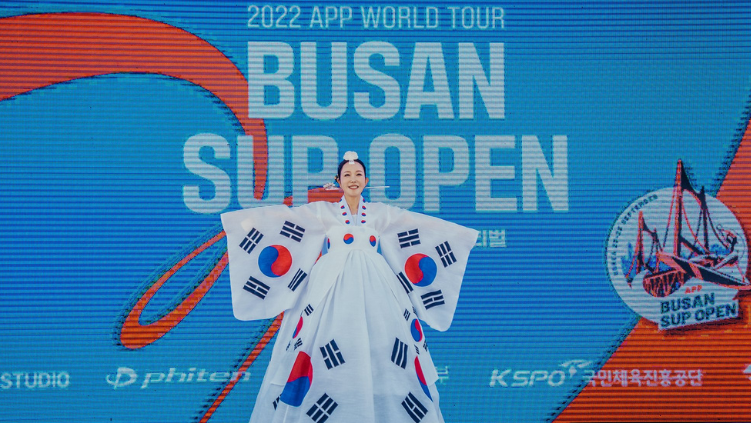 TotalSUP caught up with some of the world’s top SUP athletes to learn about their APP World Tour experience in Busan. 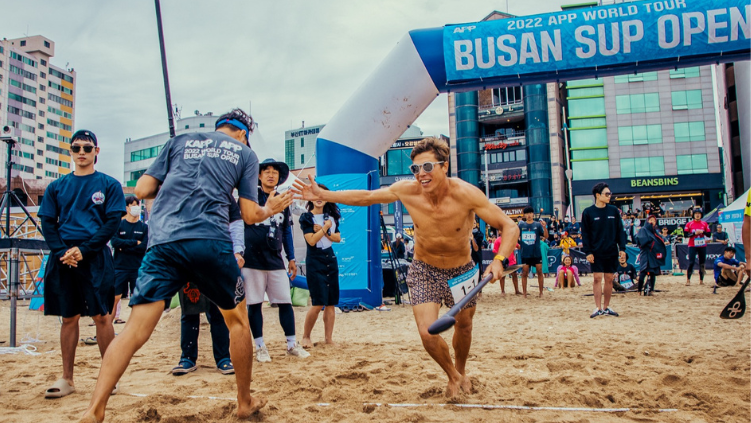 “As a professional athlete it was my second time visiting Korea. It was truly incredible to how much the sport has grown since 2019! K-APP made sure that everything was spotless perfect, the open races were a show of their own with very high participation rate in all categories!

The atmosphere, the energy and the entire organization was on another level! A true benchmark in the history of the sport! Can’t wait to come back next year to battle again with the best of the best and keep growing the sport in such an amazing country! Busan was definitely one of the biggest highlights of this season for me and I can only invite everyone for next year’s edition, to live it in first person!” 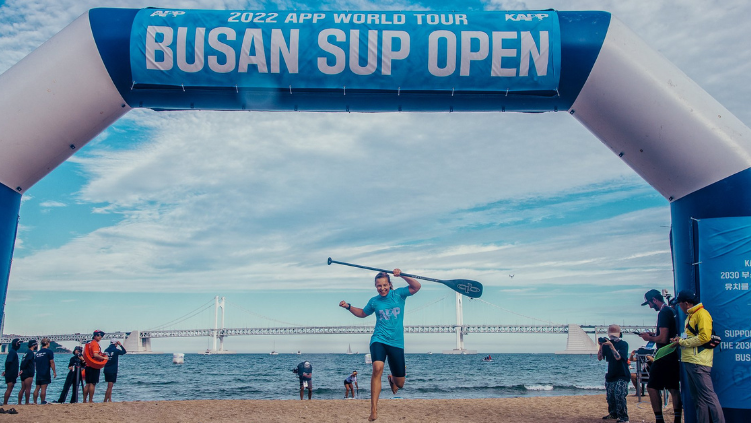 “The event venue itself was pretty amazing and I think the organisers spent a lot of time on making sure that us athletes feel comfortable. They had thought about everything – we had a workout area, there was always water and food, we had board storage area, security. This has been one of the biggest event set up I have seen in my life – that was really incredible!

The Korean Association did a really good job with supporting the sport, ensuring that we felt welcomed and comfortable. There was a lot of things to do, maybe a little bit too much for one event but we had to start somewhere and see where the limit is.” 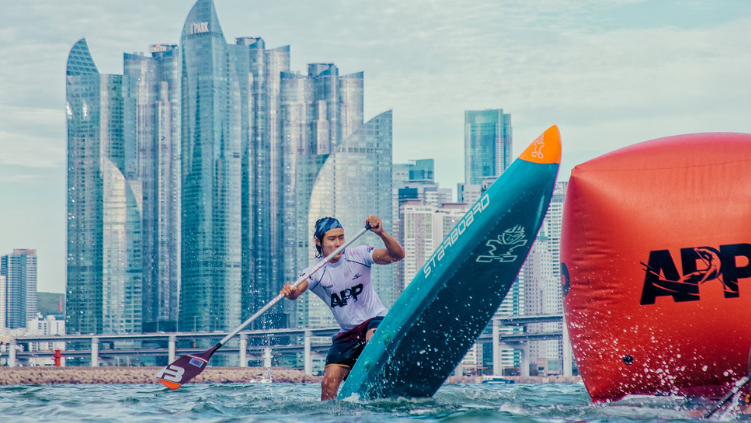 “Busan is a very beautiful place with a beach and a great place for the audience to gather. After the Opening Ceremony, in the moonlight, we got on LED-lit SUPs and we watched a drone show from a yacht. The night view from the sea was very beautiful.

Unfortunately, since SIC Maui doesn’t have its representation in Korea, I had to borrow a board from a Korean contestant who also participated in London. The day before the race, I tried the board for the first time for about an hour and entered the sprint race. I didn’t make any mistakes until the semi-final, where I fell at the start, but then I calmly dealt with it and was able to dash from the second mark to the third mark and win the Championships.

The long-distance race was very interesting and it was an unprecedented race with four laps of the course and a beach run in between. In addition to top pro racing, there were many fun races with a team relay and big SUP races. It was a very fun tournament. I will definitely participate again next year. Thank you everyone in Busan for hosting the tournament!” 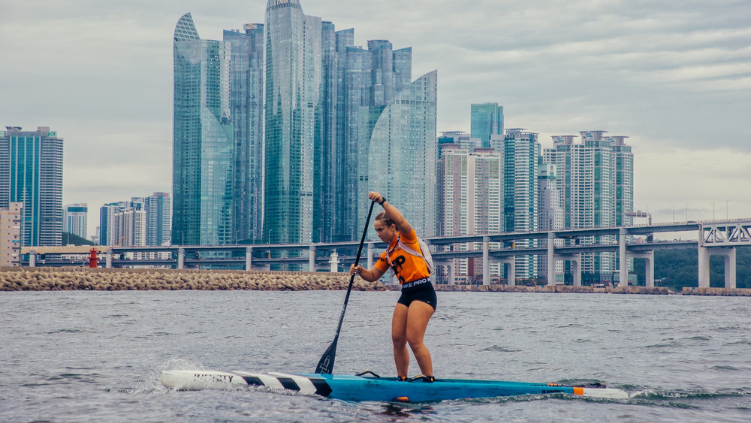 “The whole event was really awesome. They put so much work into it and it really showed professionalism. South Korea has such a great SUP community! It was so cool to see so many kids paddling and just a really good vibe overall. The races were fun! I love sprinting so I really enjoyed that. And the distance was more of a technical distance race, so quite exciting. I’m super stoked with my overall performance and am hungry for more racing!” 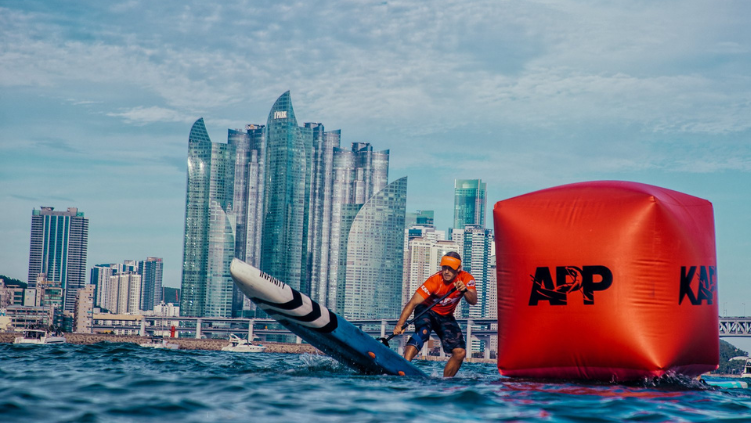 “It was as professional as I have ever seen any SUP event. It’s really exciting that the sport is heading in the direction it is and K-APP has set the bar. We felt like professional SUP athletes for the first time. The stoke on the beach was unreal! All the way from the grom’s inflatable race to the master’s distance race. The crowd came by the bus loads and the energy was pumping all weekend! Epic event with awesome people!” 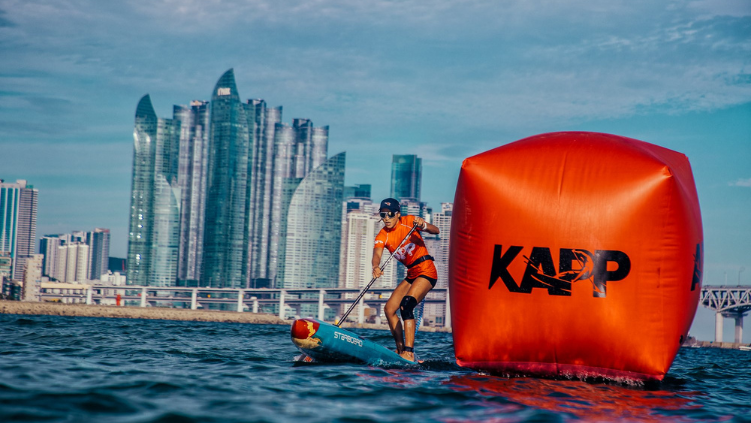 “The APP World Tour Busan SUP Open event was my first international competition. It was an opportunity to go public by running the game with players with outstanding skills. It was such a fun time!” 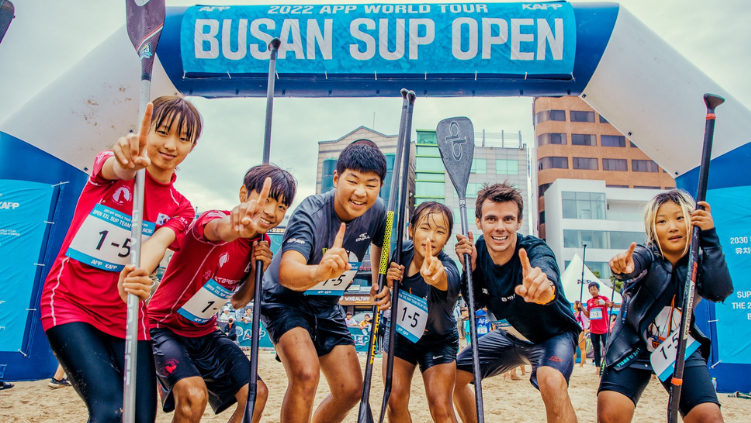 “It was a world-class event with a world-class organisation and everything worked out really well. The organising team did an amazing job, the schedule was always on time, they were always ready with everything that was planned and we were being taken care off throughout the event. The races were amazing – as always with the APP World Tour format we had sprints and long distance. The sprint course was the popular M-shape race and it was fun and exciting with lots of heats. I came up in second place in the sprint races and I’m really happy with that result.

The long distance race was a very technical one, it was almost 10km with many turns around the bay and inside the area with the iconic Gwangan Bridge … It was an awesome race, we had waves, we had bumps, we had all kind of conditions going in every direction. I got to place there in the 3rd place and I’m really happy with that result again. Coming second overall in the whole event was really amazing, it’s giving me momentum and makes me happy with my paddling. I know there’s still a lot to learn and grow so I keep training and keep pushing to become even better.

Overall, I’m really happy to have gone to Korea and get to know a lot of people over there and get to see the sport. There’s a lot of happiness, a lot of people involved, pushing for the sport and practising it in Korea. And now with APP Korea as a partner, the sport will grow even more and they’re going to hold even more World Tour events in the coming years. I’m looking forward to going back to Korea and seeing what is coming in the future with SUP!” 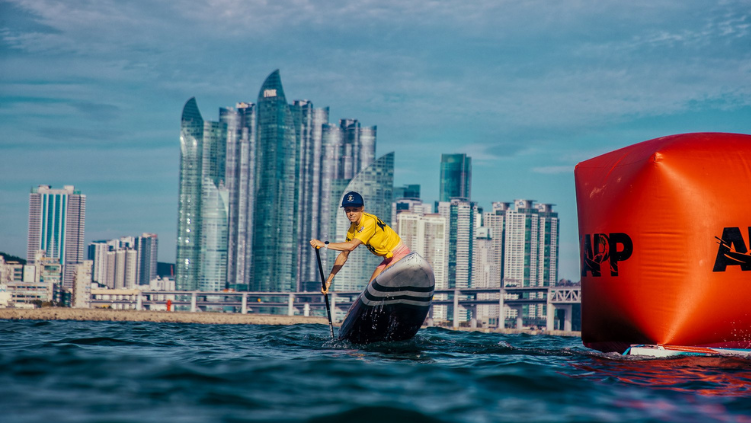 “The APP World Tour event in South Korea raised the levels of international stand-up paddling. The event itself brought a sparkle into the world of SUP and a whole new community spirit. Stoked to be amongst it!” 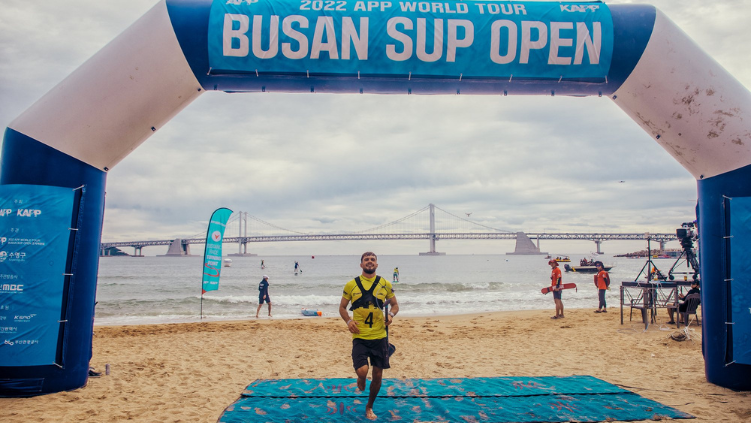 “I had a very nice experience in South Korea. The 3rd stop of the APP World Tour welcomed us athletes in the best way – the organisation was just next level! After having some great time travelling around, visiting temples and eating the freshest fish in Busan we had time for some rest. Few days later it was the time to get the job done!

We started with 300m sprints where I reached the final and got 3rd – it was good but not what I wanted… The day after during the 10km long distance race, I give it everything as always and got 5th closing my overall result in 4th place!

Now is finally the time to have some longer rest and recover from these sixteen back-to-back competitions, but at the same time preparing for the next big competitions and my next APP event coming up in December in Paris and Alicante, see you all in the water!”

“The opening ceremony of the APP Busan opening ceremony in Korea started really splendidly. We also prepared national flags for each country, and especially since it was the first international competition held in Korea, all Korean paddlers participated and enjoyed the competition together. I was thrilled to be able to see many Koreans watching the competition in person while playing the game with top foreign players in Busan.” 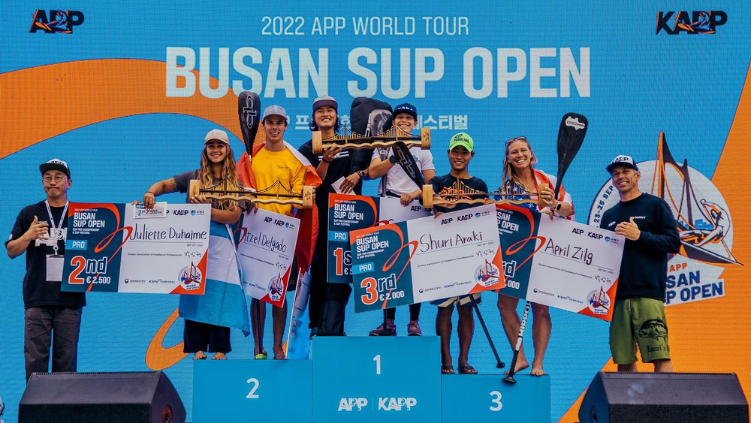 To find out more about 2022 APP World Tour, visit appworldtour.com 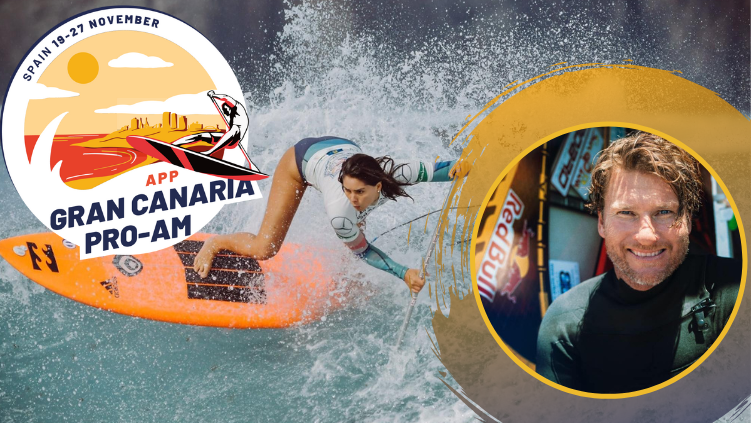 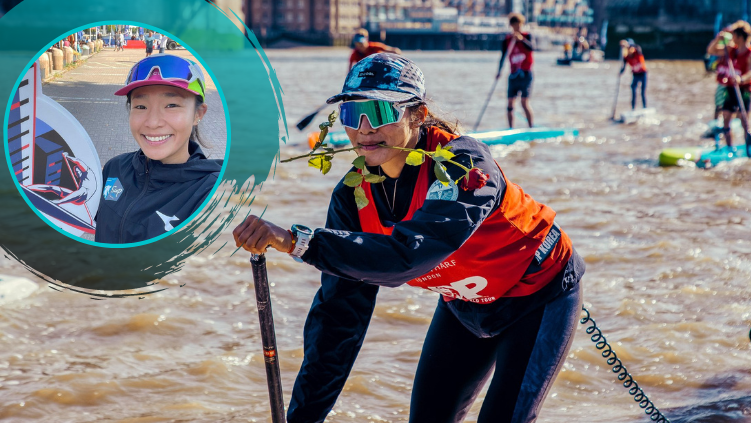