I'm back from nice trip racing, teaching and racing again.

My first stop was in Fuerteventura to participate at the Onexe SUP Challenge in Corralejo.
The 3 days competition started with the SUP wave contest at the northshore of the island on Friday the 5th september.
The waves were not the best but still good to do the competition. I was amazed about the numbers of competitors, some of them travelled from the other islands and the mainland to compete.
The podium was quite a surprise for everyone because the winner was Eric Terrien who really showed nice sup surfing. Second was Jaran Rodriguez Jorge and third Iballa Moreno who started as a woman in the open competition. 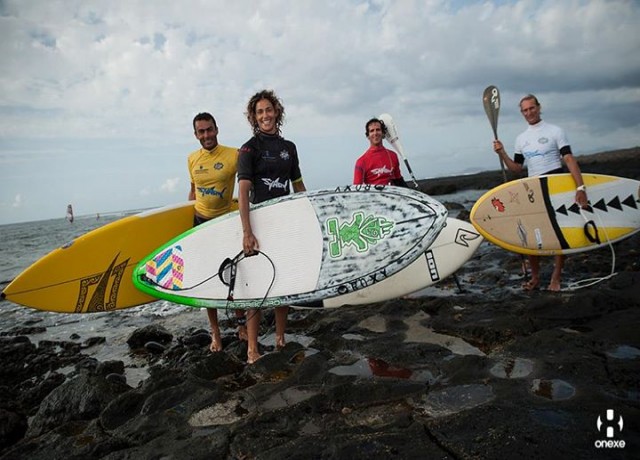 The girls as well had their chance to show what they are able to do : 1st Iballa Moreno, 2nd Nicole Boronat, 3rd Carolina Ziegler.
I was sitting at the beach, relaxing and getting ready for the 2 days of racing. 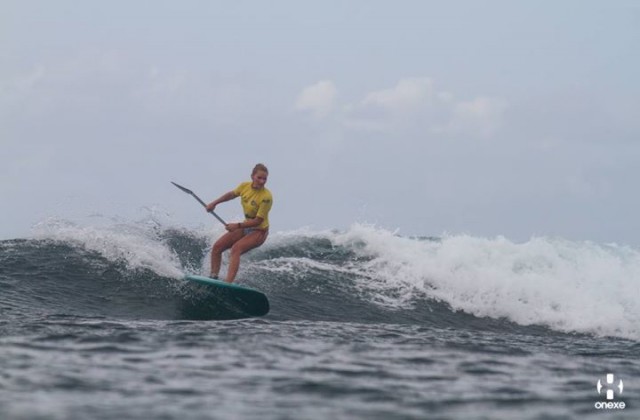 Saturday was all about the sprint races at the beautiful waikiki beach in Corralejo. Beautiful beach, crystal blue water and a very nice atmosphere between all competitiors. The instructors of the Onexe Club did a great job to promote SUP and to get a lot of kids on the water.

The long distance race on sunday was a nice course with 3 buoys in the bay of corralejo. 8 km in total with changing conditions during the race.
In both races, sprint and long distance won Eric Terrien in the men elite divison and Sonni Hönscheid in the woman elite division.
I m very happy with my 2nd place and had a lot of fun competing with strong paddlers. 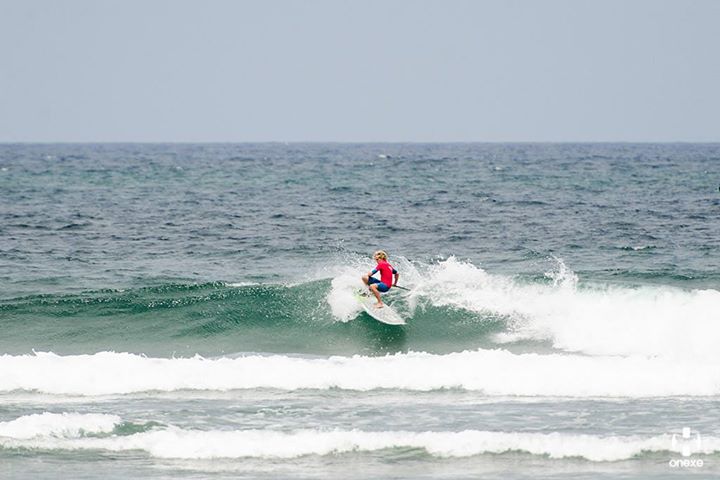 Hard to leave this place for the next competition in cold and rainy Germany.
The swiss team asked me to join them to compete at the Naish One Worldchampionship in Bernau and Chiemsee and I really appriciate the organisation and the idea to put everybody on the same type of board. Let the best paddler win. 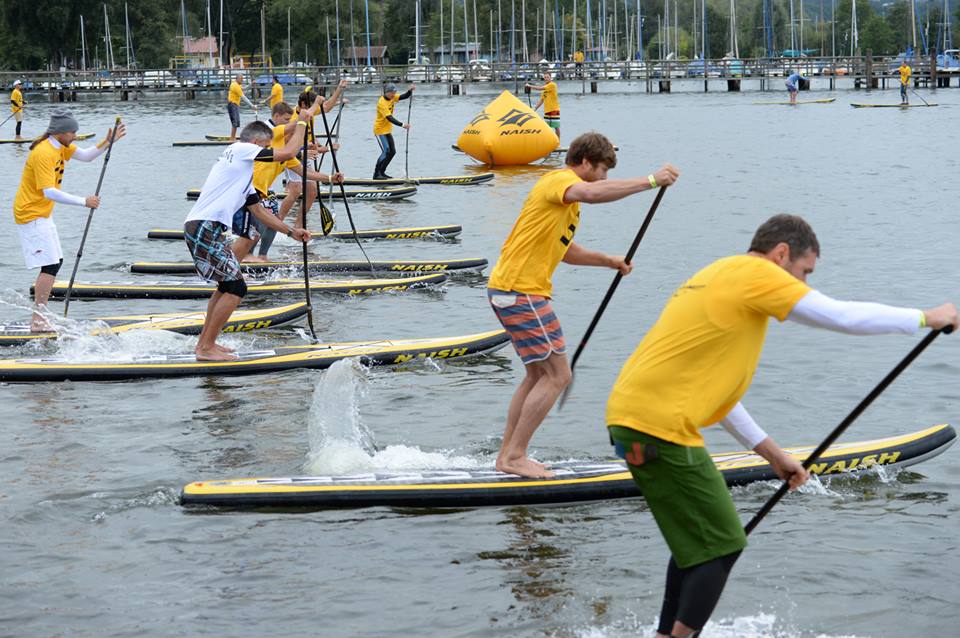 Two tough days paddling in “very warm” temperatures of 15 C and water 19 C, no sunshine, only rain but we kept the positive motivation. 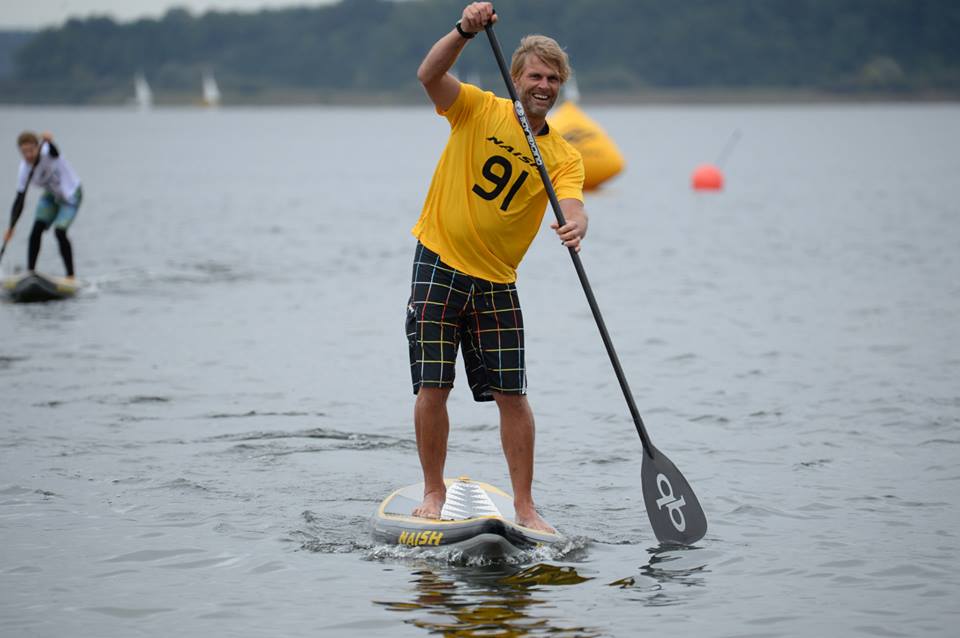 The Naish One Worldchampionship was a great event with 15 nations and 140 paddlers competing with quite a high level of paddling. You really need to be fit to do 2 sprint races with a lot of heats, a longdistance race of 13 km and the team relay in 2 days only. 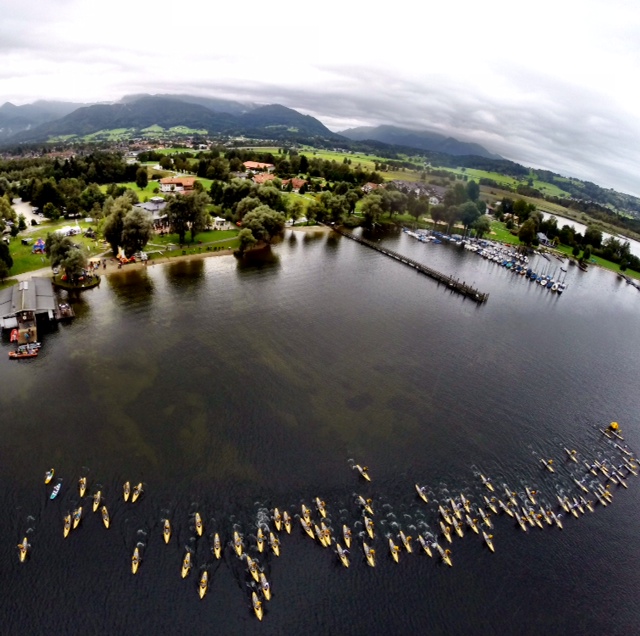 I would say it was a professional amateur race.
I did 2nd place overall and we did a great 3rd place with the swiss team in the relay.
Great race organisation without any delays and a tight but well organized schedule and heats.
For a lot of people it was a special moment to meet Robby Naish and Chuck Patterson who are very open to talk and to spend some time paddling, chatting and making pictures. 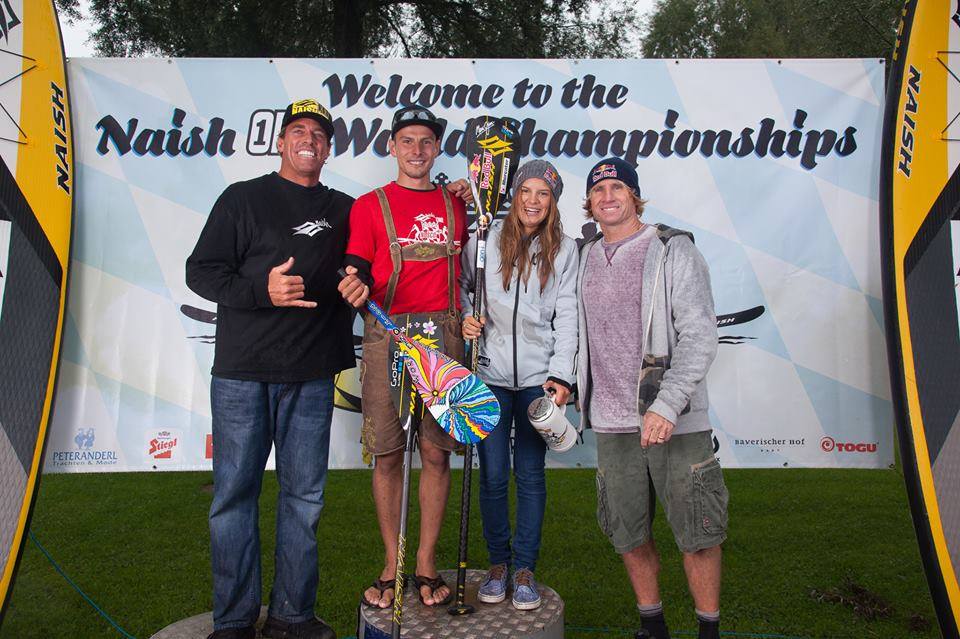 Lets see where this competition will be next year !